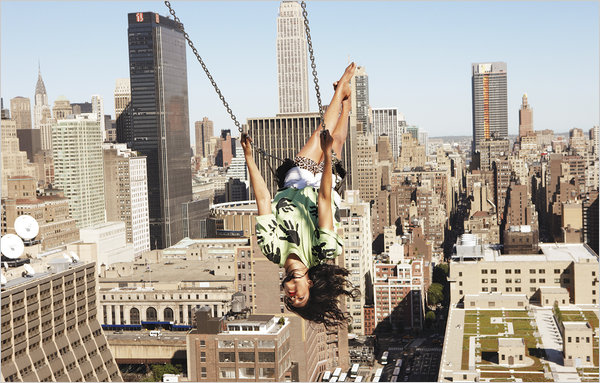 I have personally never really liked M.I.A, which has gotten me into arguments with people who consider her some sort of musical (and cultural) deity.  I think that the musical backdrops on her albums (created not by her, but by Diplo) are amazing, but found her contributions and public persona a little annoying.  I have often found remixes of her tracks, with her pretend intellectual vocals stripped out, much more enjoyable.  All of this made the epic take down in the New York Times Magazine about her even sweeter.   The author, Lynn Hirschberg, makes a point to find the contradictions that seem to imply that Maya isn’t quite as authentic or rebellious as she wants to paint herself.  My problem is when someone works so hard to cultivate an imagine and that image then becomes more of a focal point compared to their actual musical talent.  To further prove that she isn’t some highbrowed freedom fighter who has impeccable morals, Maya tweeted the private phone number of the Ms. Hirschberg on Twitter in response to the article, proving herself to be a giant baby, in addition to being a fake.