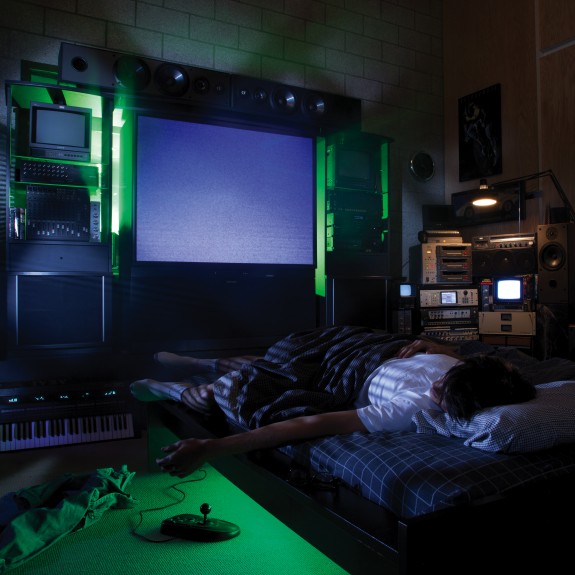 I was a big fan of “Strawberry Skies,” the lead song from the …That We Can PlayEP that electronic duo Games released last year. The group had to drop their name (they switched to their last names), but are back now with their debut LP, the 80’s loving synth-pop madness of Channel Pressure. In listening to the syrup sweet melodies and the lush, video game sounds on the record, I came to realize that while I like the band’s sound, at times a lot, I can best appreciate it in controlled doses.

I realized that one of the advantages that “Strawberry Skies” had, in addition to being a stone cold jam and featuring the chilly but saccharine vocals of Laura Halo, was that it fell at the start of the record. Even at only a handful of songs, I never really was able to make it to the end of the EP, a problem I again found on their LP. That isn’t necessarily meant to be a dig at the band, more at their chosen sound, which is a genre that I can only take in limited does. When the band does hit, they have made some of the most compelling and addicting pop jams of the last few years. I compel anyone to listen to “Joey Rogers” and not have the melody caked to their brain for the rest of the day. Other strong tracks include the video game funk of “Channel Pressure,” the slinky electro funk of “Emergency Room” and the lush, hard hitting jam “Too Much MIDI (Please Forgive Me).” Actually, when the album is broken up into manageable pieces, it is infinitely enjoyable, but can simply be too much taken as a whole. Maybe more diehard fans of 80’s electro pop will be able to appreciate the album as a complete document, but in my opinion the record is best taken in using a more restrained approach, specifically enjoying songs as stand alone documents.

I am someone who generally longs for album length documents that work with a distinctive voice, but Channel Pressuremost defiantly breaks my own rule. Taken on a song by song basis, the album is one of the more enjoyable and fun records of the year, with songs that hit hard and have vast playback value. Taken as a whole, the record can feel overwhelming and counterproductive, with the recipe that works in small segments feeling grating as you enter the last portion of the record. However you approach the record, Channel Pressure is a strong album and has songs that will stick with you whether you like it, proving the great abilities of this talented duo.