Single Take: This Song Is Awful/Awesome And You Are Stupid for Liking/Not Liking It (Allie X, Sylvan Esso, Sonny Smith, Octavian, Mark Lanegan, The Clientele) 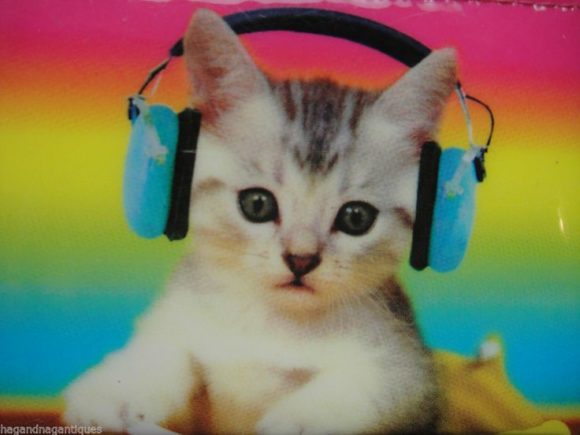 I know I’m supposed to hate this, but I just don’t. Over-the-top glossy pop music with gigantic hooks, but I don’t feel like it scrapes the bottom of the barrel for regurgitated ideas like lots of high-ticket pop music does.

Jon (3/10)
It’s kind of funny – not all that long ago modern dance pop was kind of critically looked down on in favor of “serious” music. You didn’t see the Christina Aguilera’s or Britney’s of the world getting too many accolades from the ivory towers. That has definitely changed – just look at Pitchfork’s top albums of the last few years and dance pop is really dominating. I see it as more of a cultural shift than a quality renaissance. We just took the “guilty” out of the guilty pleasure. I don’t think its a bad thing necessarily but it still doesn’t change how I feel about a lot of this music.

Adam (5/10)
Pretty average dance pop. Nothing great but I’d be fine if it hit pop radio.

Jon (2/10)
This song is mostly irritating

Josh (3/10)
It’s funny, I give the Allie X song the benefit of the doubt because it goes so over the top, but can’t stand this track that tries so hard to be too many things. The pop undertones are muted, the “indie handclaps” are half-hearted, the quirkiness is drowned out by rounded edges. It just feels hollow, and not in any “we’re in on the joke” kind of way.

Adam (2/10)
I liked this band based on some earlier songs I heard but this is making me rethink that.

Jon (4/10)
Two of my favorite songwriters getting together and creating a song together! Count me in! And yet…somehow it kind of falls flat. Not terrible, not great. Just kind of forgettable.  And if I didn’t know Olsen was on this track I probably wouldn’t have guessed – you can barely hear her.

I’ve liked his rustic garage pop in the past, but this feels tired. I remember his music being warm, and this just feels tepid and like he is mailing it in.

Adam (5/10)
Was a big Sonny Smith fan in the past but sort of feel less excited every new song I hear. This is fine but never really hooks you hard.

The new wave of grime is the best thing in rap, and the tropical breakdown in the chorus of this song is one of my favorite moments of music so far this year.

Adam (6/10)
Still waiting to be totally hooked on a British rapper but I’m very happy to not hear any trap hi hats in this. I’d listen again.

Mark Lanegan is a music legend. Even at his “peak” with the Screaming Trees or Queens of the Stone Age, he has never seemed to get the credit he deserves. His weary baritone has aged well, and the haunted of this track showcases the formula that works so well for him.

Jon (8/10)
Kind of lost track of Mark Lanagan for a number of years. This song is pretty great though. Not entirely sure what’s going on with the video.

Adam (9/10)
I haven’t followed Lanegan super closely since the Bubblegum record but this is great. Look forward to listening to a whole record again.

The Clientele – The Neighbour

I love the Clientele, even though I can’t name any one specific song by them. They are in the top 20 of the bands I listen to most, yet I feel no shame about my ignorance to the specifics of the band. They are the perfect “warm blanket” band for me…just throw on their music and fade away in the warmth. Their latest (titled “The Neighbour,” something I almost certainly won’t remember) fits the bill. I can’t wait until to add this to my mix of songs that help me fade into night.

Best Clientele song I have heard in years? After The Minotaur I admit I kind of wrote them off a bit but they clearly still have some greatness left to spend.

Adam (7/10)
Never really listened to this band that I can remember but it’s pleasant. Hooky chorus and real nice overall.