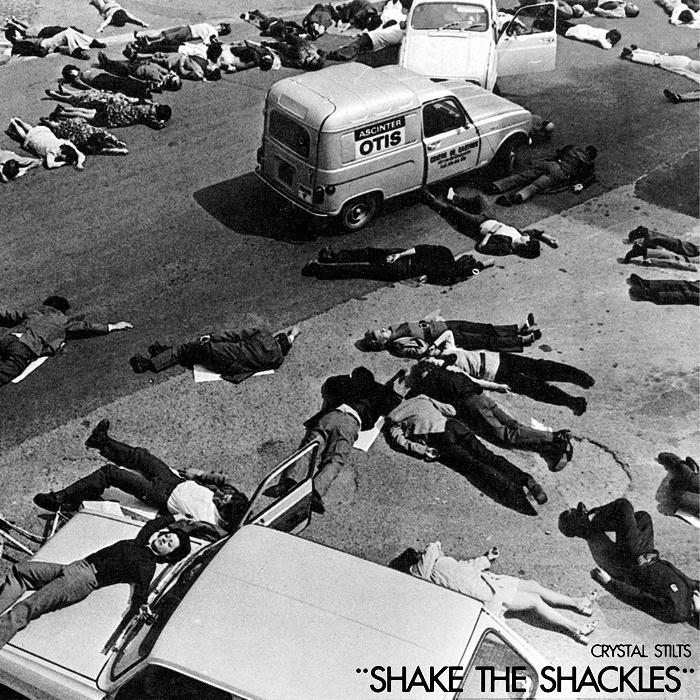 Crsytal Stilts have a classic sound without sounding like complete copies of the music that they are recylcing.  The groups second album, In Love with Oblivion, will be dropping on Slumberland records on April 12th.  Preceding the record is the single featuring the album track “Shake the Shackles” backed with the non album track “Magnetic Moon,” both of which are avaliable for stream below.  The A-Side is a jangly burst of melodic post-punk, while the B-Side is a little more distant in its own, bluesy way.  Both are great reasons to believe that the bands sophmore effort will be as good as their debut LP Alight of Night.