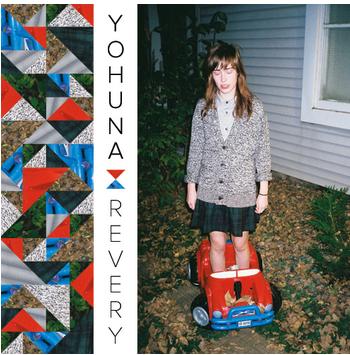 I first discovered Yohuna through the growing music and art scene that venue/gallery space, 1419 has been helping define. Bands such as Farms, Orchard Thief, Glass Buds, Tender Meat and Wild Ghosts have come through 1419 to create an experimental new genre of music that’s been taking Minneapolis by storm. Yohuna is nineteen year-old Joanna Swanson who hails from Wisconsin and New Mexico. With the help Andrew Todryk (Farms, Vacation Dad) she has just released a mixtape which has already sold out online. Dreamlike, this track, “Mateo” is a slow, ethereal song that gives the feel of being underwater. The highlight is Yohuna’s high and tenuous voice, which dances around the percussion and heavily ‘verby keyboard. This is unlike Farms and Vacation Dad in that it is much more melancholy, and dare I say it, feminine. Yohuna is taking orders via email for anyone who wishes to pick up the sold-out mixtape.

*special thanks to Arlen Peiffer for the word “‘verby”