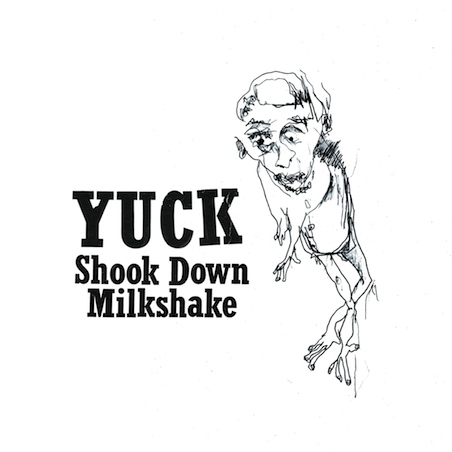 Yuck are a four piece from London that make music that sounds decidedly like some of the best fuzzy material of late 80’s/early 90’s American indie rock. After really falling for the first song released from their self titled release that dropped earlier this year, they kind of fell off my radar. After hearing the buzz about what they were and the sound they were mimicking (Dinosaur Jr, Sonic Youth, etc) I decided I had heard enough of that recently and didn’t give them a chance. Revisiting the album recently I was surprisingly impressed and wished I hadn’t blown off the record so quickly. The group released a new double A-Side sing recently, featuring new tracks “Shook Down” and “Milkshake,” which can be heard below. The track is a little more mellow and isn’t quite as impressive as the material on their record, but the influences are still clear as day and worn predominantly on their sleeve. If you want to bust out your flannel and relive your glory days when we had a giant surplus and MTV still occasionally played music videos, you can check out Yuck July 18th at the Varsity Theater.