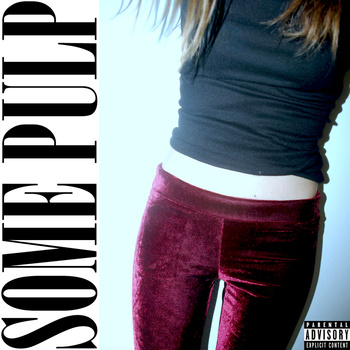 Some Pulp does not contain any Jarvis Cocker impersonators.  They are a relatively new duo, consisting of Dane Hoppe and Graham Barton, and they play doo-wop and surf inflected garage rock.  Out of necessity the affair is a relatively stripped sound, but Hoppe and Barton really know how to fill a tune out without a lot of added ballast.  I was very impressed by their recent self-titled tape (also self-released) and the way the band manages to combine a sort of soul-baring romanticism with really intense guitar shredding all while avoiding making it, well, totally schlocky.  I think it’s the band’s grittiness and intensity (and judging by this interview, not taking themselves too seriously) that really makes it work.  Check out the cassette below and if you dig it you should head to the Kitty Cat Klub tonight OR  7th St. Entry tomorrow to catch one of their upcoming shows.