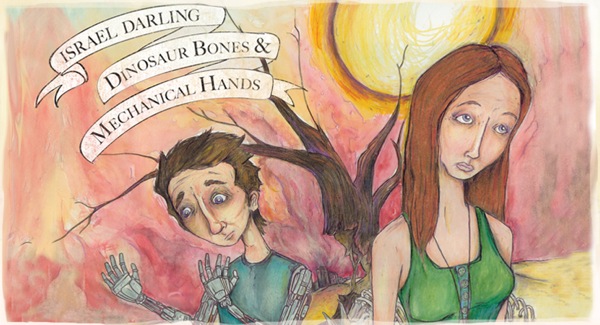 There were some tough times for Modest Mouse fans.  During the roughest of times, the days when frat guys in muscle tee’s blasted “Float On” ad nauseum, even The Lonesome Crowded West couldn’t bring me back in.  Luckily, as they say, time heals all wounds, and I no longer recoil when I hear the bands well known sound.  This is good news for the North Carolina band Israel Darling, who borrow liberally from the band on the song “Samson the Manson” from their Dinosaur Bones and Mechanical Hands LP.  The guitars are twitchy, the drums stutter along and the melodies are buoyant.  The vocals seem road weary with a strong hint of lessons learned from unknown experiences.  While the rest of album references different indie rock points, the band had a clear guiding light on this great song.  I am just glad I was ready to give it a listen.  Now where is my copy of Lonesome Crowded West?