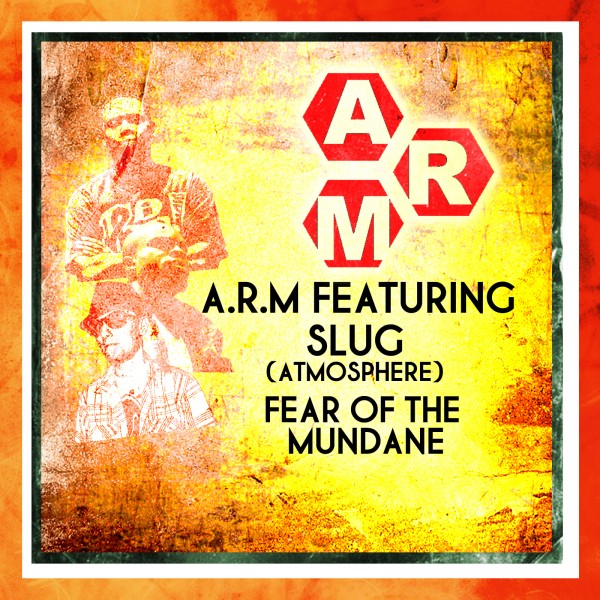 A.R.M, which is the new group featuring MC’s M.anifest and Krukid, are joined by Slug from Atmopshere on their latest single “Fear of the Mundance.”  The track, produced by A.R.M knob twister Budo, is a slinky track that finds the rappers talking about their lives as artists and their fear of what would happen if they had not taken the career path that they chose, which they apparently are utterly terrified of.  The track shows the considerable talents of all three MC’s, even if they seem more scared of working 9-5 than I would be of a knife fight.  In case you missed it, their video for the song  “Heaven Only Knows” with Brother Ali is below.