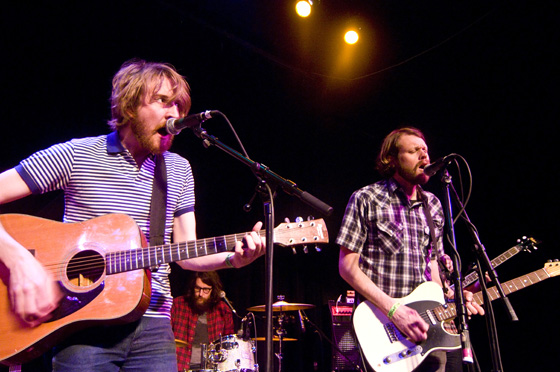 I really enjoyed Kiwi band Lawrence of Arabia the other night when they opened for Fanfarlo at the Cedar Cultural Center.  Their Beach Boy-esque vocal harmonies mix very nicely with the 60’s influenced guitar jangles, tamborine, and wide eyed poptimism.  “Apple Pie Bed” is the group’s single off of their recent record, Chant Darling (Bella Union).  While I have to say that the recoding doesn’t really capture the ebullient sense of fun that the live show does, it is still a pretty enjoyable piece of sweet, guilless pop music.