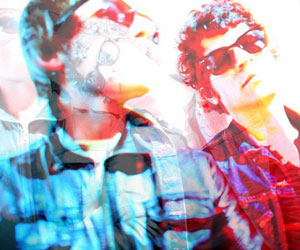 Not sure what to make of the dramatic change in sound for the band Crocodiles with their new song “Sleep Forever.”  I was a big fan of their Jesus and Mary Chain aping debut album, but I will admit losing respect after seeing their embarrassingly bad/fauxcontroversial live show.  When I heard they had some new tunes, I was hoping/expecting to fall back in love with some fuzzed out pop gems, but instead they came with a hazy, droning “Sleep Forever.”  They obviously like the 80’s, but I must say that my gut reaction is wishing it still had maintained some of the reference points they used before.  “Sleep Forever” is a good song, and one that may grow on me, but it isn’t Summer of Hate and that is just kind of disappointing.