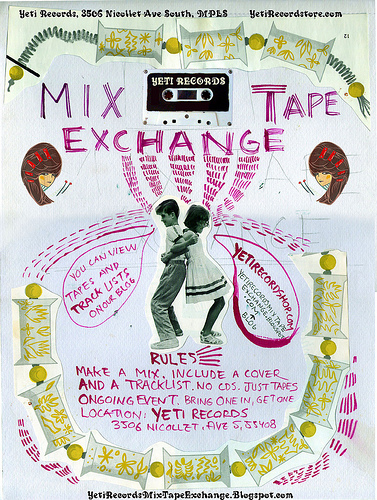 Yeti Records, in addition to being a great resource for record heads and housing some great in-store performances, now has another reason to stop by.  The new-ish store in South Minneapolis (35th and Nicollet) is running a mixtape exchange, which involves music fans making mixtapes (and artwork) that they drop off at the store.  You bring one in, you take one home.  Pretty simple and pretty awesome.  See some of the artwork and tracklists HERE at the Yeti Records Mixtape Exchange blog.  If you haven’t yet been to Yeti Records (shame!), head down and take part in this great event.