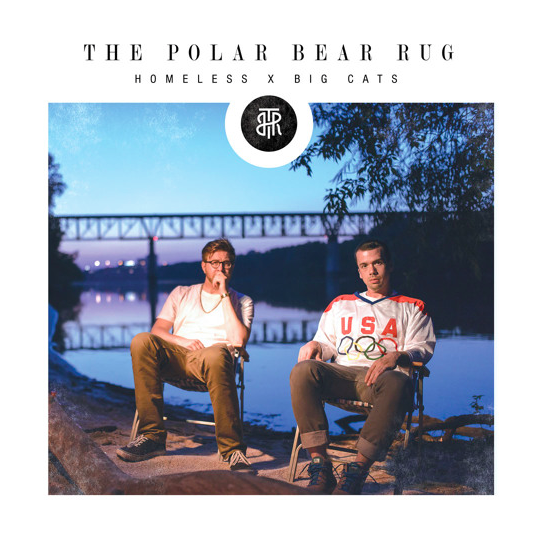 Big Cats has proven, via his work with Toki Wright, Guante, The Tribe, his solo work and others, that he is one of the best producers from the scene, and his latest work with Homeless will do nothing to dampen that idea. Mixing soulful and bombastic, the beats on Polar Bear Rug are rugged but melodic, and Homeless uses his grizzled voice, sultry cadence and strong storytelling to make sure his rhymes match the quality of the canvass they lay down on. Whether alone, or joined by scene kingpins like POS, Toki Wright and MALLY, Homeless leaves a strong impression on the release as an emotionally drive, focused MC. The release is short — 7 tracks including an interlude — but it packs a punch. Ranging from introspective to political, it is a heady album that finds the sweet spot of the genre, melding raucous, banging beats with thoughtful commentary that doesn’t feel forced or contrived. Chalk up another win for Big Cats, and keep an eye on Homeless, as he proves on Polar Bear Rug to be more than up for the challenge.