A great deal of time and effort has gone into Doomtree MC Dessa’s second solo album, a Badly Broken code, and it shows.  Out of the record’s fifteen tracks, not a single one smacks of frivolity – if songs could have sweat stains then these would be literally dripping in crusty dankiness.  It is obvious that Dessa puts a lot of grind and emotion into her art and the effort doesn’t always take her to the happiest places.   In some ways a line from leadoff track “Children’s Work” says it all when the MC ruminates about her mother wondering if she had done something wrong to produce such a “serious little girl.”  That serious little girl has grown up to be a serious young lady who doesn’t exactly take a lighthearted approach to her songwriting. That being said, if melancholy is your thing then know that Dessa is the fucking Chan Marshall of female emcees.  A Badly Broken Code is a somber emotional catharsis, which gives equal stage time to Dessa the forlorn R&B vocalist as it does Dessa the indie rapper.  No matter what the style, each track touches on some piece of the singer’s inner-psyche. The aforementioned “Children’s work” reflects on the artist’s childhood and relationship to her brother, while “Mineshaft II” is a lesson in failed relationships.   After hearing Dessa’s recent track on False Hopes IV “Scuffle” I was hoping that she would take the aggression a bit further, but other than in “Bullpen” most of the rhymes aren’t that strong-chinned.   There is quite a bit of beauty in the melancholia though – especially in R&B ballad “the Chaconne,” which features fantastic backup vocals by Matthew Santos, sounding not a little like Antony Hegarty.    “Matches to Paper Dolls” too has some of Dessa’s best lyricism to sultry strings, as does “Into the Spin,” in which the masterful violin of Jessy Green (Foo Fighters) comes into play. 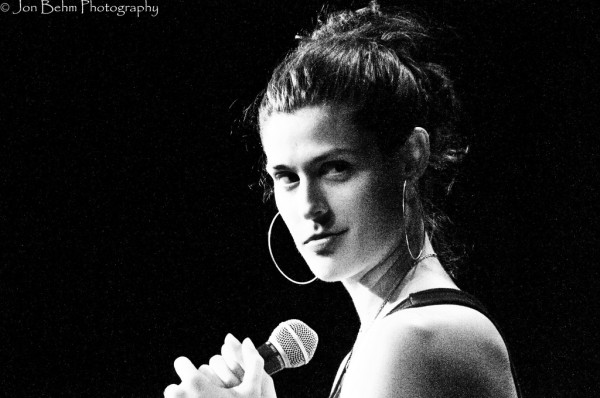 With as much emotional weight as it contains, ABBC’s heaviness occasionally prevents the music from really taking flight.  Overall though, Dessa’s vocals skills and creative wordplay are enough to keep it from becoming a drag.  Dessa’s CD release takes place on January 22nd at the fine Line Music Café.  Tickets can be found here.  Shortly after, the singer is taking to the road with fellow Doomtree alumnus POS which should be a treat for all you whom are wise enough to live in warmer climes (Astronautalis will also be around for some of that ride – which is extra cool)