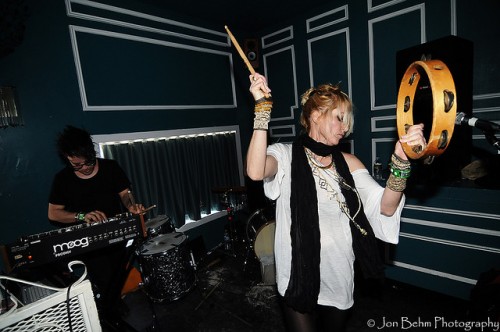 Just in time for Christmas, NYC electronic duo The Golden Filter are will release their cover of Psychic TV’s “White Nights,” which originally culled verses from cult leader Jim Jones’ death tapes.  The strangest thing about those verses is they actually contained excerpts from “Santa Claus Is Coming To Town,” as a lesson about teaching kids paranoia (he sees you when you’re sleeping, and such). Altogether tis the season to be creepy, apparently.