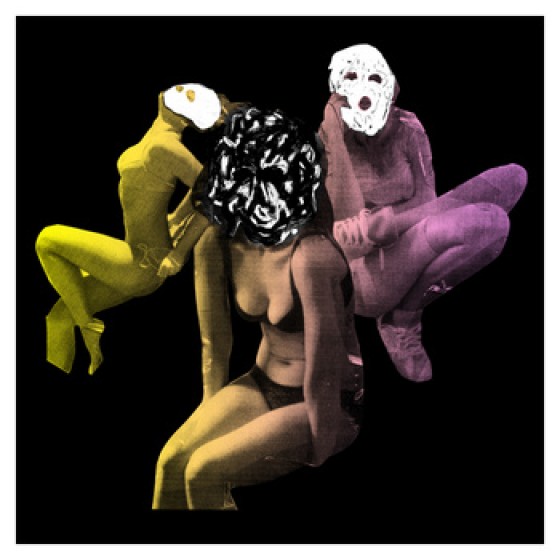 Music fans drawn to the debut LP Crazy Master simply because of their idiosyncratic name will be lulled in by the first 25 or so seconds of the soft, docile tones and the gentle ambience. The subsequent 40 minutes straightens that out pretty quickly, as the revolving cast of players from the Minneapolis music scene churn out four songs of intense, hypnotic and full throttle noise flavored dance music. A knock I often hear circling Marijuana Deathsquads is that they are too “improvisational” or “jammy,” which is often the lead in to someone saying they are just a bunch of dudes twisting knobs on delay pedals and screaming into mics drowning in effects. I would challenge 99% of the people who say that to take the equipment that the band utilizes, the “machines” that are just toys for experimenting in the minds of these people, and create a record with the emotional breadth and the ability to push and pull the listener half as well as Crazy Master. That isn’t to say there are not things that could be done differently on the LP, but it is a record that is about as concise as you would want from the band and a highly entertaining encapsulation of the sound the group have been cultivating in their high energy live shows over the last few years.

Two of the four songs on the LP (long album opener “Crazy Master” and longer album closer “Sisters of Silence”) are basically albums to themselves, with crescendos that build and drop off, jaunts into left field noise excursions and the kind of euphoria enduing dance funk buildups that can make the bands live show so exciting. “Sisters of Silence,” the only song to grace the flip side of the LP because it is so long, is an especially epic track, a song that the listener can easily get lost inside of as it morphs and flows over its 20 minute life span. Noise fans generlly are a patient folk, but the meandering synths don’t reach their peak and have the beat really start pounding until the 14(!) minute mark of this track, which will test even the most ardent fan of the band the first time they listen. For those who make it, the song is a thick sludge of beeps, hisses and beats for the last brooding quarter of the song. The middle two tracks of the record are shorter (three and six minutes) and feature a more focused approach by the band. “Sex Accident” is the shorter of the two and maintains a heavy, bass fueled groove and “Pink Dust” is darker, with a hazy atmosphere hanging over the shotgun snare hits and the gurgling synth excursions.

While some would argue that making a Marijuana Deathsquads LP is like trying to nail jello to a wall, with Crazy Master the group have shown their ability to capture at least some of the frantic energy that they have proven so adept at creating in the live setting. While there are moments when the band test the listener with extended ambient passages, the band really make it worth it when they hit their full stride in their electro funk noise grooves. The only constant about a band like Marijuana Deathsquads is change, so Crazy Master will surely be a very temporary time stamp on the bands sound (in fact, I bet it is already out of date), but as a debut LP it is a confident shot across the bow and a tangible document that reiterates the power and creativity this group has shown in more abstract forms in live shows over the last few years. You can decide if it is “jammy” or too “improvisational” for your tastes, but with their exhilarating debut LP the band have left little doubt in my mind that the knob twisting tomfoolery of their live show is much more than that. Grab the LP from the Totally Gross National Product site HERE.

The band will be joined by friends and “special guests” at their record release show tonight at Nick and Eddie.