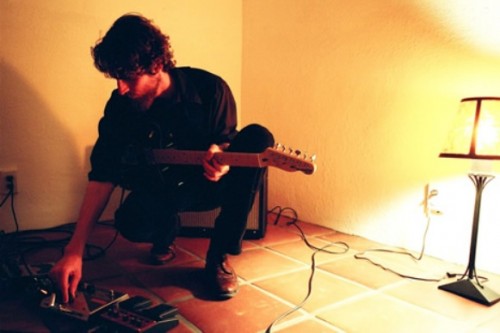 Not much time has passed since Steven R. Smith (Jewelled Antler Collective, Hala Strana) completed his three part Ceremony suite under his solo Ulaan Khol moniker last year.  Smith is apparently already ready with the follow up though – this Fall he is following up with a new solo record La Catacomb, which local label Soft Abuse has seemingly rescued from “languishing in various degrees of unrelease from this label & that” (according to the press release).   La Catacomb will b released in cassette only format on November 15th.  Until then you can get a feel for it by listening to the single “Pariah Dogs,” a densely packed psychedelic squall of ghostly distortion and layers of droning guitar.