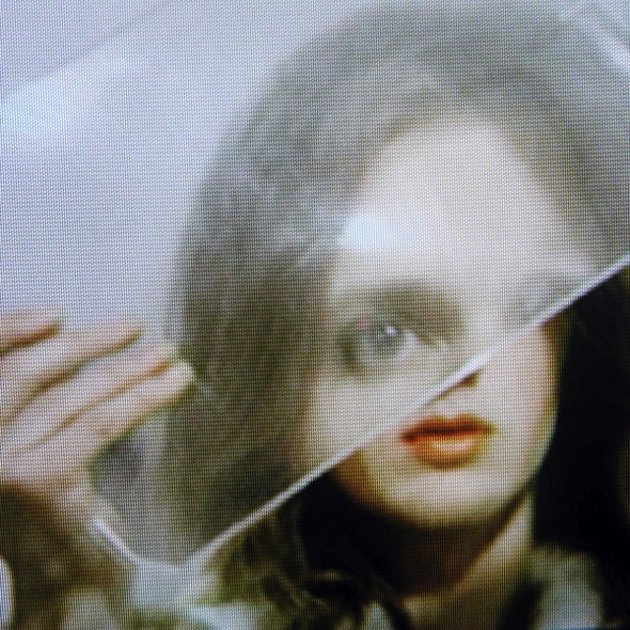 By now much of the musical world is familiar with the experimental/retro-pastiche into which artists like Ariel Pink, John Maus, and R. Stevie Moore before them, get lumped into.  As progenitors of the style, they become a lens through which subsequent artists who share some similarities with them get viewed.  Hence most of the reviews I have read of Sam Flax’s Age Waves (which by now is getting close to a year old) seem to sum up Flax’s sound by painting him as just one more of “those guys.”  Not as out there as Ariel Pink. Not as primitive as Moore. Just another guy kinda, sorta, going for the same kind of thing.

And in many ways they are right.  Flax’s sound is by no means utterly unique.  But writing Age Waves off as an aesthetic exercise would be a mistake.  Flax has written ten excellent tunes that are actually much more straightforward than most of his brethren.  Whereas Pink for instance maintains a sort of detached jester role in his music, Flax comes across as much more sincere.  In fact a more fitting comparison might be Gayngs’ completely un-ironic embrace of soft rock. Flax has chosen different influences but his love of them comes across as every bit as earnest.

Age Waves winds a wide ranging path through 80’s fetishizing synth lines, guitar-driven funk, 50’s referencing garage pop, and even packs in some ambient electronica.  Every tune floats across in a wash of reverb and dreamy, albeit occasionally sinister atmosphere.  Flax’s vocals are also flexible enough to fit every modality cleanly.  And while Flax’s voice is great, if he has a weakness at all its that his vocals are good in a kind of bland, generic way that doesn’t rack up a lot in terms of style points. Still, Flax generally makes up for it by crafting terrifically constructed songs that are memorable more in terms of the overall feeling they convey (often dark, mysterious) rather than any single element of their construction.

Flax would make an excellent introduction to someone who hasn’t yet delved into the strange worlds of guys like Moore, Pink, etc.  His sound is relatively accessible and weird without being too weird as to be off-putting to the average listener.  I can see how going the other way (listening to Flax after already being familiar with the genre) might present some pre-conceived notions about what this kind of music “should” sound like.  To take such an attitude, however, would be a shame because on its on merit, Age Waves is actually quite great.