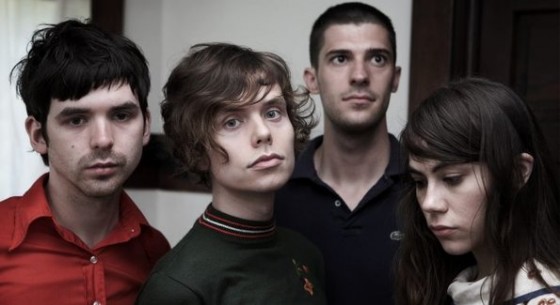 New track release today by criminally underrated Portlanders, Paranthetical Girls as part of their new full length Privilege.  Curiously, Privilege will be released in increments as a series of EP’s over the course of 15 months.  Ostensibly, the EP’s will then form Voltron-like into an ass-kicking whole record.  It may be just a PR stunt, but it is also a great way to be able to hear the band’s new material a few delicious morsels at a time.  The first EP Privilege Pt. One: On Death & Endearments is being released on Feb. 23rd, but you can hear the psychedelic, glam-tinged rock of the first single “Evelyn McHale” here now.   It’s apparently about the famous “suicide blonde” of the same name.