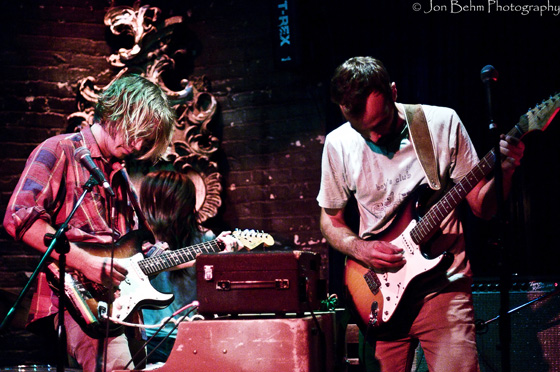 Austin’s psychedellic noodlers SUNSET (Also known as {{{SUNSET}}}) will be releasing their highly anticipated new record Loveshines But the Moon is Shining Too on Autobus Records on 10/12.  The first single “Late Night Dreaming” is available for sampling via the label page, or you can also give newly released single “Moonlight” below.  If the first material is any indictor this should be an incredible new album.  Hopefully that means that next time they roll through town there will be a few more people there than the sparse crowd in attendance for their Kitty Cat Klub show last Summer.