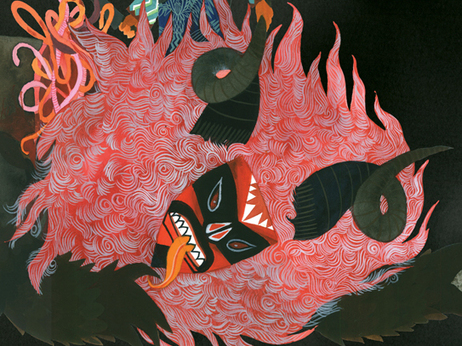 NPR is streaming a track from the upcoming Earth album Angels of Darkness, Demons of Light 1. “Father Midnight” continues in the path of dark country-tinged epics that Dylan Carlson has gone in since Earth resurfaced in the early 2000s, a slow repeating instrumental song that’s very heavy on cello and guitar. Clocking in at a slow-burning 12 minutes, “Father Midnight” is a good preview of the upcoming album due out February 22nd on Southern Lord.