SCHOOL TEACHES STUDENT HOW TO SPEAK HER MIND

Leonia High School has given Kathleen Agno more than an academic education. The senior said it has taught her how to communicate better and be her own person.

“When I first came here, I was afraid to talk to people, and now I’m sort of a blabbermouth,” Agno said. “In seventh and eighth grade, it was important to belong to a set group. Now I know it’s OK to be yourself. If you rely on a certain group of people for your friends, then you start to become a part of that group. I really don’t care anymore what other people think about me.”

Students and teachers thought enough of Agno to choose her as vice president of the Environmental Club and managing editor of the school paper. Agno said that both positions are important to her.

“Just today, members of the Environmental Club went around to the rooms, trying to get recycling across to people, but many of them just don’t seem to be interested,” Agno said. “We tell them about the bins for recycling paper, and they say OK, and then they throw gum in there anyway.” go to web site articles on abortion

Agno said she and the club president share the same aspirations for the group.

“I want what the president wants — a lot of members and a lot of involvement,” Agno said.

Agno, who recently was chosen for the state’s Edward J. Bloustein Distinguished Scholar Award and ranks in the top 10 percent of her class, said she benefited from her journalistic experiences.

“In the beginning, I would ask other students what they wanted to put in the paper, because I didn’t want to seem overly bossy,” she said.

“But they wanted me to choose, so I learned to make decisions.”

Newspaper adviser Jim Avidon described Agno as a hard-working, driving kind of individual. “She keeps the editor in chief and myself on target and is one of the most self-motivated students I’ve had,” added Avidon, who also is an English teacher and drama director.

Agno talked about the problem of getting articles that present both sides of an issue.

“We have read so many articles on abortion, and with that it’s really hard to present a valid argument. Mostly those articles are one-sided, and we don’t want to present an argument for just one side.

We are concerned that the kids reading it will take it as a valid assessment — we want them to read and develop an opinion and not see it as fact.”

In the January edition of the paper, Agno wrote a piece on the William Kennedy Smith rape trial but was disappointed with the timing.

“It was old news by the time it got out, because it takes time to put the paper together, and then nobody wants to hear about it,” Agno said. “I chose it because it interested me. I thought basically that the trial was blown out of proportion — overexposed.”

Agno said that her plans for the future include business school.

SCHOLAR OF THE WEEK

QUOTE: “I want to be independent; I want to see how it feels — it’s a matter of identity.” 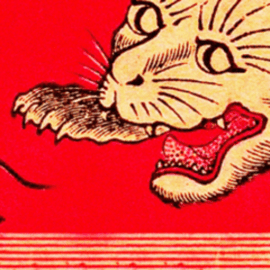