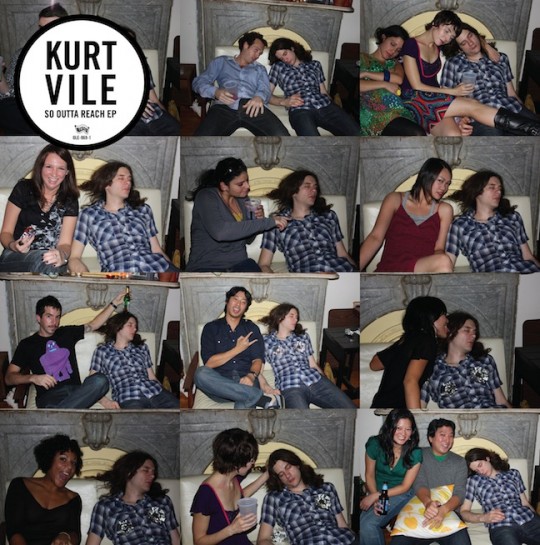 I have wondered recently what super fans in the future will do with all of their time.  While fans of the Dead or Captain Beefheart or The Monks and dig and cross their fingers for outtakes, future musicheads are not going to be so lucky.  Bands saturate the market with every last morsel of music they have, piling up EP’s and 7″‘s and tour only tapes and eight tracks and field recordings and….  One example of this trend is the uber prolific Kurt Vile, who released the solid haze-folk LP Smoke Ring From My Halo earlier this year and is following it up already with a deluxe version of the LP (it is less than a year old!) and a new EP So Outta Reach. The track below, “The Creature,” comes from the new EP and sounds like a Halo outtake (it probably is) and really doesn’t offer much beyond being more music Vile is putting out into the world. The good news is that at least Vile is good at creating large quantities of music, and if you liked Halo (and Vile’s work in general), you will like the track, but it can be a little tiring keeping up. And think about the music nerds of the future, how will they have such prized collections if there is no forgotten studio album to bootleg?

Kurt Vile, “The Creature” MP3 by The FADER