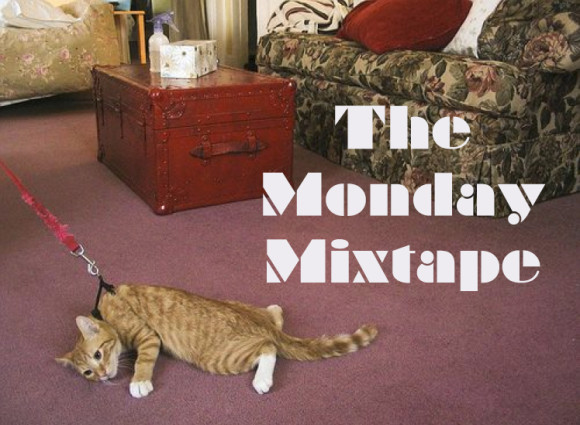 The Monday Mixtape is a feature where Reviler staff, friends and outside music lovers make an online mixtape around a theme of their choosing. And release it on Monday. If you are like us, we know you need some compelling reason to get out of bed to start the week, and what better then some kick-ass mixes from people who spend way too much of their life thinking about shit like this? Stream the mix below and please, if you like some of the tunes, support the artists by BUYING their music. If you have an idea for Mixtape Monday, shoot us an email. Enjoy!

I am guessing most people have a general framework for what they would hear if I said they were going to listen to “religious” music. A choir, some acoustic guitar and people in pews with their hands raised to the sky, right? Even with changes in the last decade to the “genre,” adding in hard rock, country and even rap, “religious” music still carries with it an interesting connotation. The thing that is most fascinating to me is that, despite being someone who has never intentionally listened to “religious” music, a large swath of songs I enjoy seem to come back and focus on this very subject. This mix is 10 songs that, other than the last song featuring Mavis Staples, most people would not identify with religious music. But why not? These songs directly talk about God, Jesus and religion. Some are clearly made by people who are faithful (Floorplan’s epic “We Magnify His Name” and Brother Ali’s thankful “Good Lord”), others by people who clearly are not (XTC’s snarky “Dear God,” The Beulah kiss-off “Me and Jesus Don’t Talk Anymore” & the dark Spiritualized jam “No God Only Religion”), while others reference a deity without really fleshing out any particular opinion. “Only God Can Judge Me” and “God Only Knows” are both songs that wrap religion into pop songs, both in some ways about relationships here on earth. “God is Dead?” by Sabbath seems, by its title, to be a screed against religion, but like a lot of their work, it is much more complicated than that. The Wesley Willis song is a Wesley Willis song and should be taken as that. While I don’t think this mix will change our thinking about what is “religious” music, I found it an interesting endeavor to take a step back and see how much religion really soaks into the fabric of popular songwriting, even if it doesn’t fit nicely into a genre I think most people, including myself, have neatly constructed in their brains.