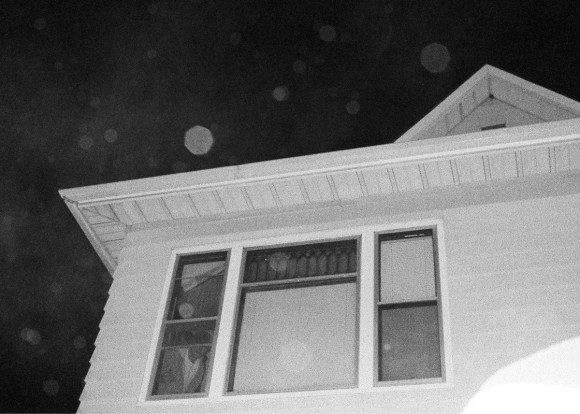 Andrew Broder’s sound has evolved substantially over the years – with Fog he dabbled in turntablism/instrumental compositions.  As a solo artist he dabbled in guitar distortion as well as a more straightforward singer/songwriter sound. In his current group the Cloak Ox Broder is the consummate rock  frontman – a cryptic lyricist, rhythm guitarist, and focal point of the band.

Now for his brand new solo album Visinvisible (which will be self released on limited cassette April 12) Broder has returned to his turntable roots.  The album was crafted using just an analog synthesizer and turntable, and consists of droning soundscapes, snippets of samples, and bombastic beats.   Upon first listen Visinvisible is disorienting and hypnotic – a patchwork of moody electronic sound that takes repetitious cadences and unravels them into complex blends of noise.

You can stream the entire cassette below as well as purchase it via Broder’s bandcamp page here.