Legendary venue the Triple Rock Social Club closes this month. As a memoriam We’re each looking back over the next few weeks on some of our favorite shows/memories from the venue’s storied history.

Dan Deacon’s first show at the Triple Rock was such a whirlwind of chaos, weirdness, and pure glee that it will forever be cemented in my memory as one of my favorite shows. To start the show Deacon (who performed from the floor, surrounded by the crowd) selected myself and another guy who also happened to be named Jon and made us join hands to form what he called “The Pyramid of Jon,” which he got the whole room chanting. That was just the first part of the bizarre and wonderful spectacle that was the show. Everyone was dancing like crazy. Everyone was soaked in sweat. Everyone was crammed in next to one another in a way that would be a gross violation of personal space in any other context. It was pretty amazing. I think NOMO were great too but they couldn’t really compete with what followed.

Fucked Up (4/8/2009)
This was another one of those utterly insane shows that was just a big, fun, sweaty mess. I am still not sure how my camera managed to make it through this one intact. At one point I was completely blindsided by a body hurtling through space – the guy had enough air that the first thing he hit was my face. Nothing broken though I got up and kept shooting. At another point my camera bag was accidentally hooked and kicked across the floor underneath an energetic mosh pit. Again, luckily I was able to retrieve it and all lenses were still intact. 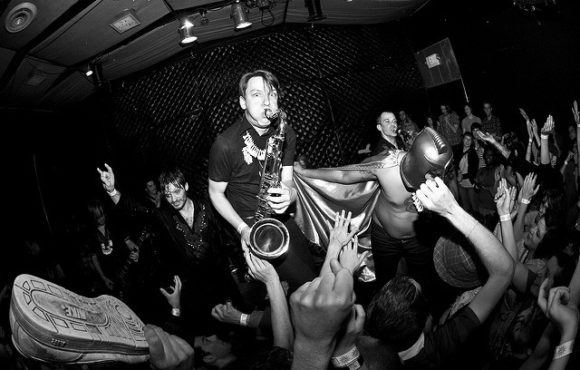 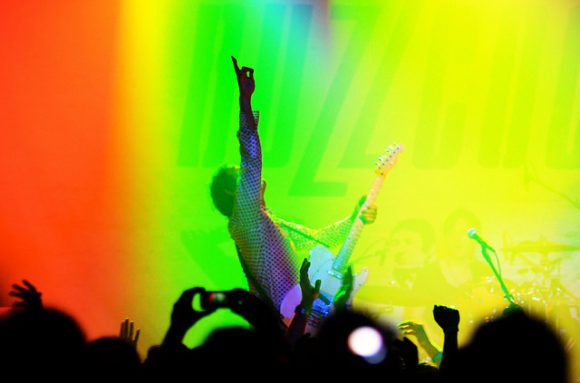 The Buzzcocks (7/16/2006)
This was from before I was really shooting shows so I don’t have photographic proof (pic above is from when I saw them again years later at the Varsity Theater).  What an amazing show though – my expectations were low due to the band being “past their prime,” but holy shit did those old guys deliver. This was probably my first experience with a super crazy punk show so it opened up a whole new world for me.

The Black Lips (10/1/2007)
This was my first time seeing the Black Lips. I can find very little about this show online so my imperfect memory is my only guide. But I believe this was the show where a couple of guys picked up another dude and ran around running him into people like a battering ram. The Black Lips were great. As were openers (and one of my favorite local groups that is no longer with us) Private Dancer. 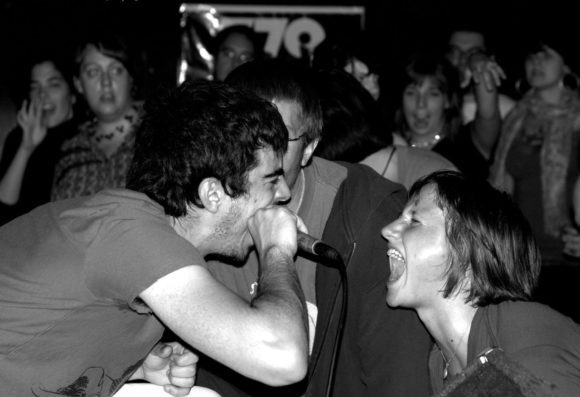 Bonde do Rolê (9/23/2007)
Apparently these guys are still around but I haven’t heard anything from them for years. They are/were essentially a Brazilian Carioca Party Rap/Funk band. Their show back in 2007 was a ton of fun. Even though it wasn’t super well-attended it was incredibly high energy.

Kurt Vile (11/1/2010)
I went to this show because I was a big fan of the openers, The Soft Pack (formerly The Muslims). They were great but the show also opened me up to the world of Kurt Vile. In retrospect I feel lucky for having been able to see him in such an intimate setting as this day and age he’s kind of a big deal.

Jon Spencer Blues Explosion (10/22/2012)
My favorite time seeing JSBE live though not my first or last. Was up front and center enough to nearly get hit by Spencer’s guitar neck a number of times. Plus these guys may have been around for a few years but they still got it in a big way. 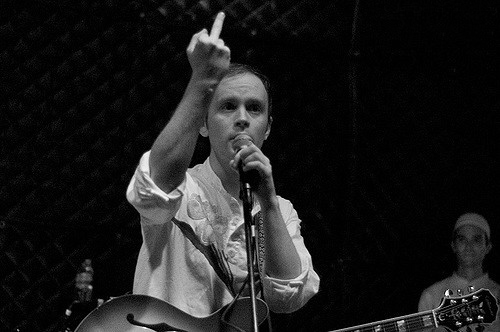 Jens Lekman (11/4/2007)
2007 was apparently the height of my Triple Rock experience. I am not even a huge Jens Lekman fan anymore but back then I was – Night Falls Over Kortedala had just come out and I absolutely loved it. I was blown away by this show too – Lekman had a big backing band of all ladies dressed in white. Like total creepers my girlfriend at the time and I waited for him in the parking lot after the show (something I can’t even imagine doing now) just so we could chat with him and gush about the show.
— Jon