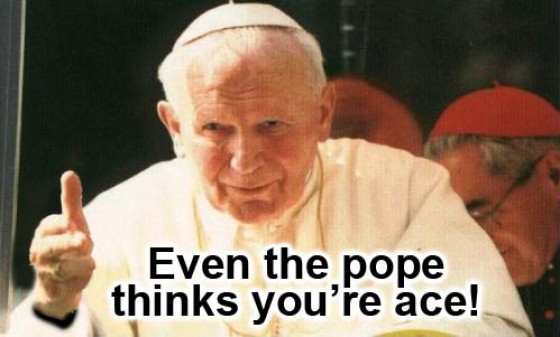 The Vatican’s official newspaper recently released a list of the “Top Ten Rock Albums of all Time,” so we can apparently put to rest the whole Lemmy/God paradox.

Surprisingly, it isn’t as bad as you think, though Dylan, the Beach Boys, and the Stones,  are noticeably absent, amongst others. Check out the whole list over at the AV Club and try to imagine Pope Benedict just chilling out with his copy of Pink Floyd’s Dark Side of the Moon, The Wizard of Oz, and a massive bowl.