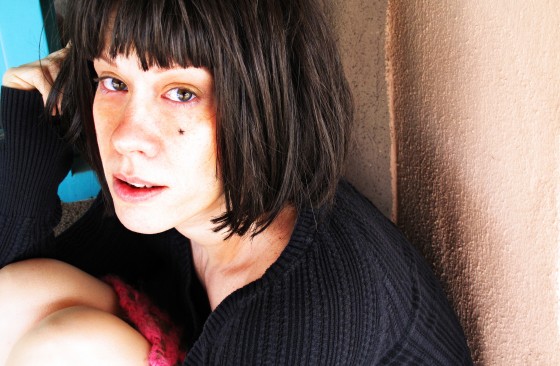 Remember that episode of Quantum Leap where Merrill Garbus (tUnE – YarDs) leaps back in time to bludgeon Paula Cole to death before she gets a chance to commit the travesty that was “I Don’t Wanna Wait?”  Garbus then recorded her own preppy-emo acoustic jam that would go on to become the theme song for Dawson’s Creek, changing history forever.  Remember?

Of course you don’t because it unfortunately never happened (at least not yet).  If it did though I imagine that the new tune would sound something like Jen Olive’s “Wire Wire,” off of her soon to be released full length debut Warm Robot (3/30 on Ape House).  The track has some cheese to it – the utterly sincere melodic chorus is the part that brings to mind the tween drama.  It also, however, has a really dense, intricate sound created by Olive who uses loop pedals to craft orchestrations out of her vocals, percussion, and found sounds.  It is a hundred times more interesting than anything Paula Cole ever did – even if to some extent it echoes the same cheese-pop sensibilities.