Sometimes, in a age when the consumption of new music keeps you constantly looking for the next new band, you forget why certain bands are your favorites. For me, Spoon is one of those bands that I think I might take for granted, although I think my appreciation may be back to its former level after their excellent set Saturday night. 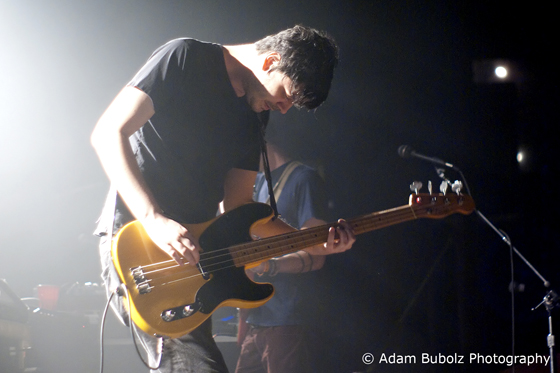 In addition to being one of the most consistently great bands of the last decade, Spoon have also always done a good job of surrounding themselves with other great bands. This tour is no exception. While I was too late to catch the Michachu and the Shapes set, I was able to catch Bradford Cox and Deerhunter. While I think I may actually like his Atlas Sound project better, Deerhunter played a tight and focused 40 minute opening set that found the 4 piece playing material from the bands great catalog. Other times I have seen them, the band has used their longer set times to expand on their dreamy, overblown pop music, but their opening set provided them with a strict time limit, which helped keep their sound tight and focused. While I am not certain all of the Spoon fans in attendance agree, Deerhunter proved an outstanding opening act and they set the table nicely for a strong Spoon set. 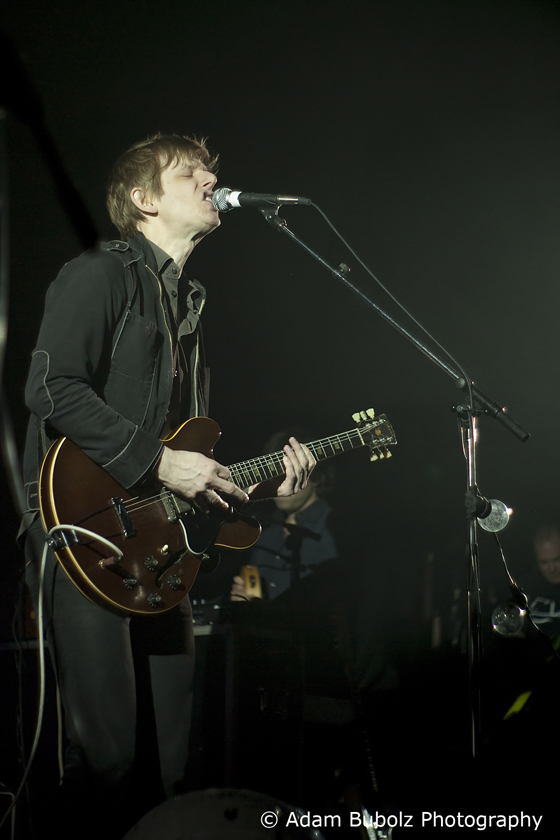 With a Black Lips set looming across town, I knew I was only going to be able to see about half of the Spoon set, so I was hoping for the best. Their latest album, Transference, still hasn’t sunk in for me and might the least favorite album of theirs for me in 10 years. In a strange, and awesome, twist of fate, the band focused nearly all of the early part of the set playing older material. Ranging from Kill the Moon highlights “Jonathan Fisk” and “The Way We Get By” to even older gems like “Stay Don’t Go” to recent highlights “Turn Your Camera On” and “Don’t You Evah,” the band sounded tight and Britt Daniel was at his snarky best. While I previously was a giant fan of Spoon’s studio output and more ambivalent about their live show, Daniel and the gang have stepped up their act and proved to be a highly entertaining group Saturday night, at least for the first half of their set.

Judged by the color of their coats?

For many dogs awaiting adoption, the speed with which they find a home might rest not on their breed, gender or age but on one trait that has no bearing on their personality or temperament.

Shelter officials have dubbed it black dog syndrome the propensity of dark-coated animals to be passed over for adoption in favor of their lighter counterparts.

Skeptics say the syndrome is an urban legend, but shelter and rescue leaders insist the phenomenon is real. see here austin humane society

“It definitely exists,” said Madeline Bernstein, president of the Society for the Prevention of Cruelty to Animals Los Angeles. She cited many causes, not the least of which is a misperception that black dogs are mean. “It’s that old thing of light is good and dark is evil. The light-versus-dark thing is so ingrained in our consciousness in books and movies. It transfers subliminally in picking out a dog.” It doesn’t help that many would-be pet owners now start their search on shelter and rescue Web sites, where animals’ back stories are often written up like the treatment for some Lifetime network heart-tugger, each bio accompanied with a canine glamour shot. The problem: Black dogs often don’t photograph well. Facial features disappear, and animals can appear less expressive.

When prospective adopters do venture to a shelter, black dogs sometimes fade away into the kennel shadows. “They almost become invisible,” Bernstein said.

Reliable quantitative studies on the problem are few, and Ed Boks, general manager of the Los Angeles Animal Services department, said his data indicate that black dog syndrome is a myth.

Whitman said the question isn’t whether a black dog will get adopted, but how long it will take. The average wait at her shelter is two weeks, she said. Black dogs might linger two months. in our site austin humane society

Karen Terpstra, who until recently was executive director of the Humane Society of Kent County in Michigan, said the problem is national. “We’d have a purebred black Lab, 2 or 3 years old, pretty much the perfect age, and it would sit there for weeks waiting to get adopted,” said Terpstra, now chief operations officer for SPCA Cincinnati. “A tan Lab would go in days.” The lengthened stays create additional problems: Because black dogs are harder to place in homes, shelters often have a glut. “Then you have the problem of people thinking they’re ordinary and common, not unusual and interesting,” Bernstein said.

To combat the problem, savvy shelters keep their black dogs in their best-lighted kennels. A bright bandanna around the neck helps a dark animal stand out, and colorful toys can lessen the fear factor.

Last year Terpstra’s former shelter in Michigan and the Austin Humane Society in Texas independently launched a Black Friday campaign on the day after Thanksgiving, reducing the adoption fee for any black animal. Mike Arms, president of the non-profit Helen Woodward Animal Center in Rancho Santa Fe, Calif., created a program to help black cats, which he said encounter the same challenges as black dogs. Arms’ campaign offers a free dark-haired feline with the adoption of any other cat. The program’s name: Me and My Shadow.

The Pasadena shelter goes a step further, training dogs to venture from the depths of the kennels to come sit in front as visitors walk by. “People are charmed,” Whitman said, and the dogs have a better chance of making a connection.

And when all else fails, Bernstein said, SPCA-LA staff encourages adults to bring their children to shelters. “Sometimes,” she said, “kids don’t see color the way grown-ups do.” Illustrations/Photos: ***