In a disappointing twist of fate, the 400 bar actually started music right at 9pm.  That meant as I rolled in at 9:45, I was only able to catch the last 2.5 songs by Suckers, the band I was most wanting to see on the bill.  The groups hazy, dubbed out songs sounded blissful and huge in the live setting and really made me wish I had gotten there sooner.  On set closer “It Get’s Your Body Movin,” the group really showed their strength as they slightly slowed it down and really played up the dramatic pop angle of their music.  I am looking forward to them coming back and will plan accordingly next time as not to miss their set. 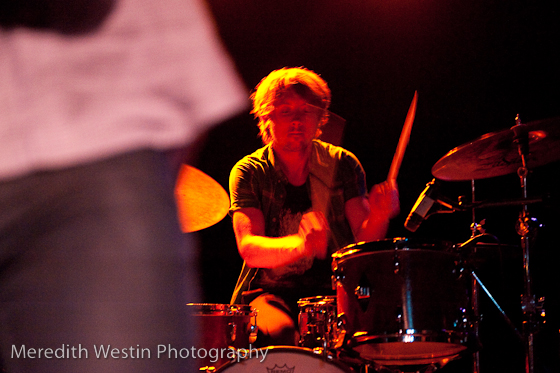 While I was there to see Suckers, I was clearly in the minority.  After seeing them live last year and being only mildly impressed with their debut record, I was unaware that they had become such a popular act.  I don’t know why I was surprised, as their Fleet Foxes harmonies and Yeasayer/Grizzly Bear world beat adventures are pretty much as in vogue as one could be right now.  Like the last time they were here, they sounded OK, but their songs seem to lack a little of the punch that they have on their slickly produced album. The group was diligently playing through their debut album when I decided that standing in a sweltering venue with chunks of the walls falling off just wasn’t for me on this particular night.  I left the space and the minimal amount of oxygen in the decrepit venue for the fans who clearly were enjoying the show much more than I was.  Luckily for the group, it seems like my ambivalence to their music isn’t going to be that big of deal as they are already well on their way to becoming the “next big thing.” 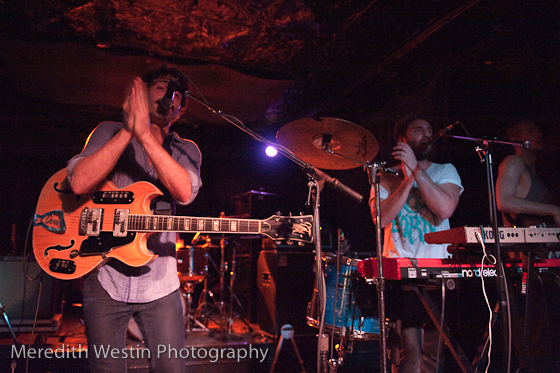