This sounds like a terrific idea if it doesn’t end up being a mess – these eight bands will play “round robin” style in a circle, meaning that each band will play one song, followed by the next band playing one, and so on and so forth until everyone has played a single song in which case the process starts over.  Check it out this Saturday at the 1419 Gallery in Minneapolis! (1419 Washington Ave). 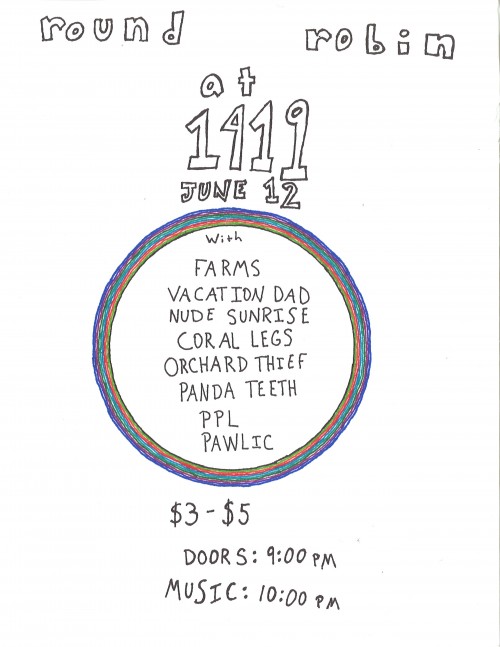