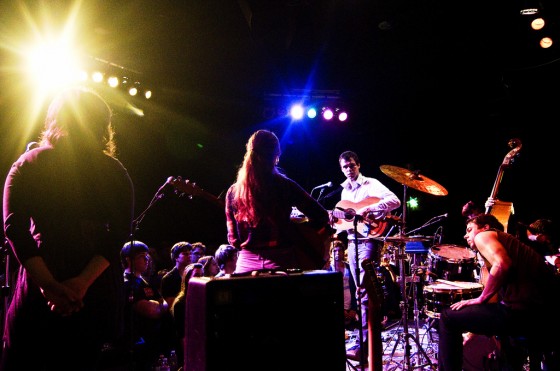 You could say that I am just s teensy bit excited to hear this:  Brooklyn’s Dirty Projectors recently teamed up with Icelandic fairy-spirit Björk for a one off show that was initially only heard by a handful of select listeners.  Now, the collaborative effort will be heard by all as Mount Wittenberg Orca, a hastily recorded EP of the songs will be released on June 30th.  In my opinion, the Dirty Projectors are one of the most forward thinking bands of our time and Björk is, well, Björk, so the potential for greatness on this one is huge (also the potential for epic disater but lets not think about that).