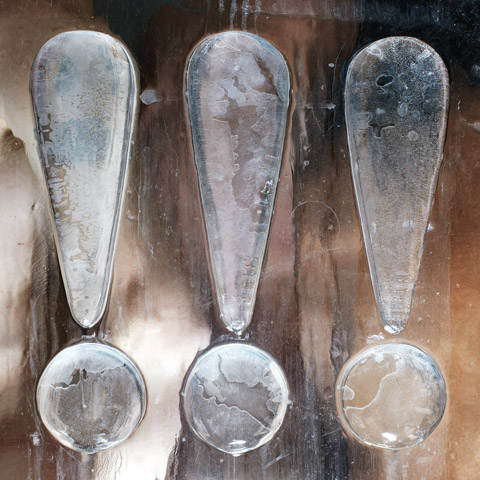 I first remember hearing !!! in high-school when I was still trying to figure out what good music might mean or sound like. The song was “Me and Giuliani Down by the School Yard (A True Story),” and it was pure bliss. The opening lick was one of the freshest things I had ever heard and the incoherent grunts of vocalist Nic Offer made me pay attention to any fleeting lyricism I could uncover. 2 ½ minutes in as everything briefly fades out and the guitars start glimmering- yeesh, it’s totally brilliant.

Five years after that song, I have rarely gone back to !!!. Perhaps I have never been in much of the punk-pop dance mood so indicative of their sound since then. I’ve turned to brooding music which seems to fit the mind often beleaguered by stress. The band fell off my radar all together; I had no idea to even expect a new album, so I was quite anxious to hear how their sound had progressed.

First listen through had me a little stunned. !!!’s sound is more subdued for this effort. The bass and riffs are heavier. The vocals are low. And more than anything, many of the songs sound oddly the same. Lead single “AM/FM” is hardly single-worthy compared to the golden tracks of their old discography. It just doesn’t have the sudden vigor and punch to make me remember what it sounds like.

The good think about !!! is their penchant to be listenable, and it will make you get groovy in the end if given the opportunity.  Unfortunately, you’ll be doing the same dance since there isn’t much variety throughout these songs. The drums are pounding away, keeping the rhythm steady, but it’s a rhythm which doesn’t transform throughout the entirety of the album. By the time we get to the end with “The Hammer,” things seem to finally be finding their way, but it’s too late. The album isn’t necessarily formulaic or absolutely repetitive, but it seems unsure of itself and unable to take many chances.