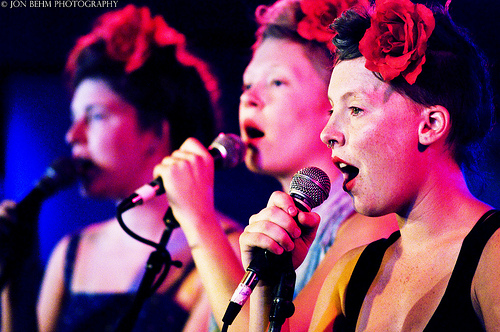 Folk trio Mountain Man recently contributed an original tune to NPR’s Songs + Stories feature in which music is paired with storytelling. “Vision” was the band’s offering and it accompanied the story of a Coast Guard tower built on the Great Lakes to act as a guide.  You can download the tune here – like most of Mountain Man’s wok its an a capella vocal track in which the three ladies harmonize off of each other.  However, unlike the songs on the band’s debut Made in the Harbor, “Vision” lacks lyrics and is mainly made up of vocal scatting.