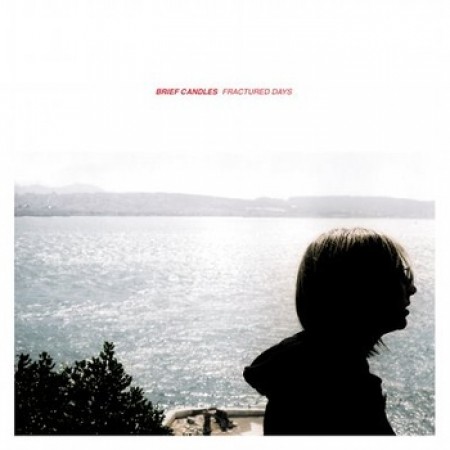 Milwaukee’s Brief Candles are a post-rock/shoegaze band three LP’s into their career.  Their most recent effort is called Fractured Days, and while I am not familiar with the back catalogue, if I is on a par with this album then it might be worth checking out.  Fractured is a strong collection of moody rock tunes that are both beat and guitar heavy.  It doesn’t exactly attempt to rewrite the book on (any) genre but still manages to sound out some excellently brutal melodies and epic builds.  “The Sentiment” is a perfect example of the band’s sound and one of the record’s highlights.  It builds slowly with spare guitar picking before launching into a full-out assault of fuzz, vocals and piercingly aggressive beats.  Lead vocalists Kevin Dixon and Jen Boeniger trade off singing duties, both using the trademark disaffected-ness that seems borrowed from the early nineties alt/punk scene.

If you were around for said nineties’ scene many of the facets of Brief Candles’ sound will probably seem familiar to you – from the My Bloody Valentine to Hum, much of Fractured Days seems heavily influenced by an earlier sound.  In fact it would likely be more interesting to hear the band branch out a little more in their range.  However, that isn’t to say that they aren’t good at what they are doing now.  Fractured Days might not have a wildly innovative sound to it, but it’s still a solid take on the proven method of crafting hard hitting, emotive, guitar pop.