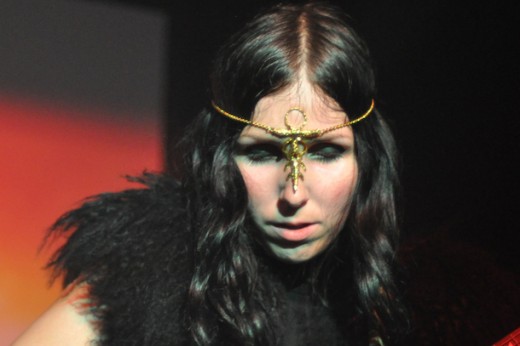 Singer/songrwriter Chelsea Wolfe writes dark, moody, low-fi rock songs full of a lot of reverb and sonic obfuscation.  She has an LP out this year via Pendu Recordings called Ἀποκάλυψις (that’s Greek – don’t ask me to pronounce it).  She also recently covered Nick Cave’s “Let Love In” in a gloomy mushmouth way that sounds like it was recorded in the cave below the studio. Its weirdly endearing but for the long term I’ll probably stick with the original.