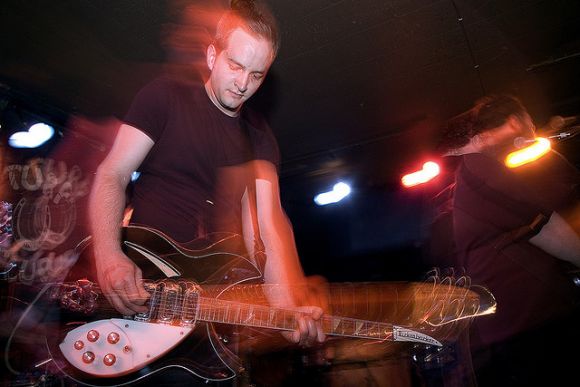 Volante called it quits way back in 2005 after a pair of full lengths for Modern Radio and Guilt Ridden Pop. Diode was the EP follow up to those albums recorded with Brooce Templeton but never saw an official release. After being available for a while on the Guilt Ridden Pop website, the band has put it back up for a free download on their new Facebook page. Diode is a continuation of the bands 90s DC inspired sound full of dueling guitars, hushed vocals and start/stop rhythms. “Dead Seed” is the stand out of the bunch and finds the band at their most discordant. Check out the download on Facebook.