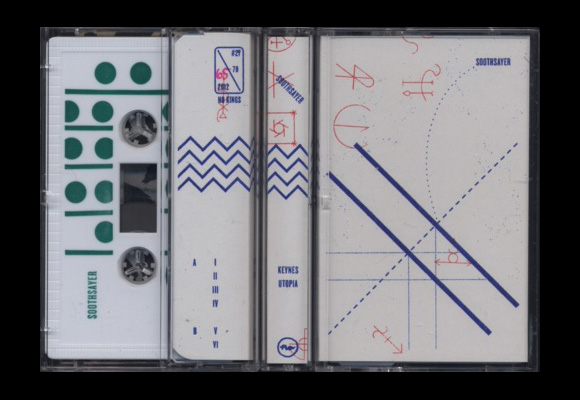 It is easy to forget that Steve Rosborough started Moon Glyph to release his own spaced-out ambient music. But for his latest release under the “Soothsayer” moniker, Keynes Utopia, he’s enlisted the support of the L.A.-based No Kings Record Co. to unleash his next opus on the world. Judging from the eight-plus-minute “II,” released to preview the record, Rosborough is as mellow and sublime as always. He melds an abstract but warm concoction of found sound noises and lush, silky-smooth electronics. It looks as though the release has already sold out on the No Kings site, so if you are interested in the tape, grab it from the Moon Glyph distro page.