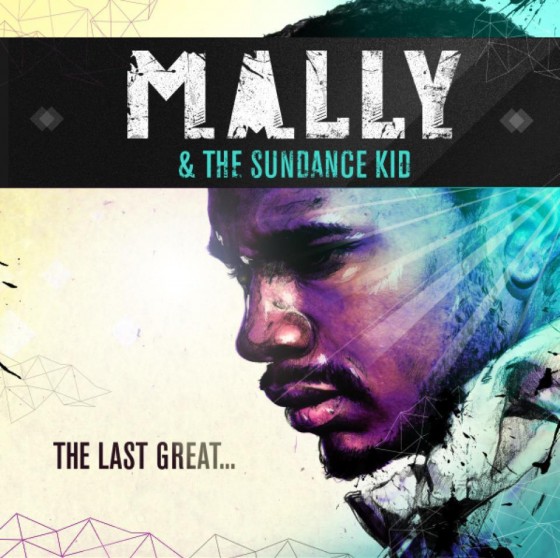 For a long time – critics tend to reward production or emceeing in separate baskets.  Maybe we as a fanbase have been plagued with albums that don’t contain enough of both, it makes the golden age of hip-hop tend to sound historic in terms of innovation and focus.  When critics tend to note a great release – it tends to focus on taking it back to one specific sound or else developing something entirely different into rap as a whole.  In addition, we tend to have a great deal of love for the guilty pleasure hip-hop, or else something that’s lyrically astonishing.  Rarely do we see the two come into one focus.

Malik Watkins and Jonathan Cilby know this.  It’s perhaps why after such stellar MaLLy efforts as The Letter, The Moment, and most recently, The Passion, MaLLy comes with a bravado that harks back to the golden age of East Coast legends such as Rakim, Nas, and Kool G Rap.  The Sundance Kid aka Jonathan Cilby brings the epic yet thumping element of a club jam back to the forefront as well.  Together the two give us The Last Great…, which for lack of better singular terminology, is an album that brings together everything we love about hip-hop and everything that has become a guilty pleasure in the club jam; an album that basically delivers a purpose and a message that is so slickly produced, that the immediate thought that comes to mind when one hears this album: classic.

MaLLy for the most part takes the focus off of personal matters, and for the next 36 minutes delivers nothing short of a performance that is worthy of his live set, and it seems with every effort MaLLy shows massive improvement, as he rides the bounce inspired flow on tunes such as “In God We Trust,” “Hands High,” and “Bounce,” all the while staying true to who he is, not having to refer to how much tuss is done or personal riches, he keeps it for the most part to his personal worth, and in addition, he still carries the battle bravado he originally wowed us with on such joints as the lead single, “Shine,” and on the verbal onslaught that caught our attention on such songs as “Swallowing The Reign” and the Brother Ali assisted “Unplugged.”

The Sundance Kid definitely helps provide MaLLy’s substance with strong synths and bouncy backing – thumping kicks and occasionally micro-sampled elements that help give his percussion that extra bump, you can hear it in “Good One,” where the synths are kept to an atmospheric high, and then there’s the orchestra-like elements blending with those synths on “My Lord,” but in addition to that, the production provided by Sundance manages to complement MaLLy’s voice very well, and allows for his oft-kilter and battle tested lyricism an equally strong backdrop track after track, leaving nothing to chance, and its rewards are constantly reaped over and over with each casual listen.

Overall, there are many moments and elements in The Last Great… that are definitely worth the praise that critics have provided.  MaLLy & The Sundance Kid have managed to craft something that listeners have been longing for in The Last Great… and it is definitely sure to have everyone singing it’s praises.  If you have the chance to see MaLLy live or hear his discography which carries a lot of awesome moments, its an opportunity that is not worth missing.

MaLLy and The Sundance Kid will be celebrating the release of The Last Great at 7th Street Entry with The Tribe & Big Cats!, 925ve, Jimmy2Times and MaLLy performing with DJ Last Word. It all goes down on May 18th, 2012, $8, 18+ and doors are at 8pm.