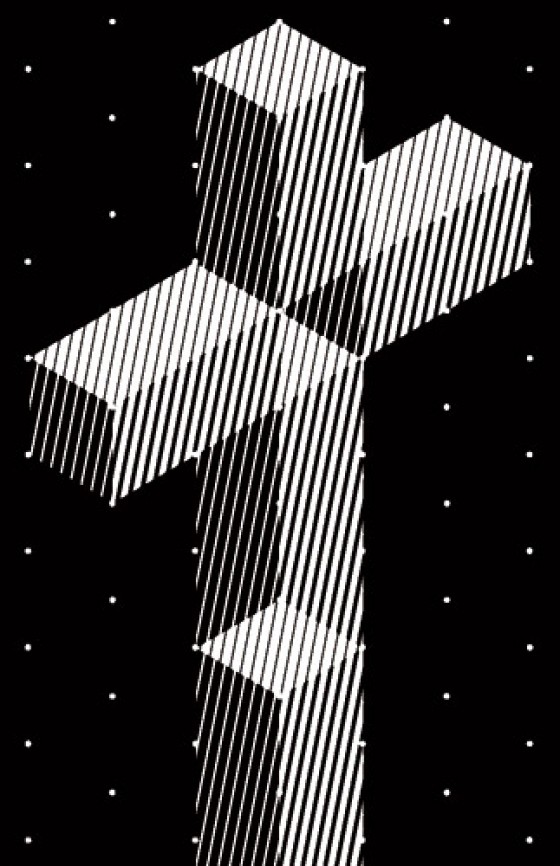 It has been fun watching the Claps evolve over the course of their multiple releases, from the doctrine new wave CR-R’s from Guilt Ridden Pop, which were good but were not setting the world on fire, to their more consistent 2011 debut LP Wreck.  The step they made on the full length was astounding, with the album being downright commanding and really introducing the band to the local scene.  Following up Wreck the trio have released a seven song cassette titled Glory, Glory on the venerable Moon Glyph label and have continued their evolution in sound, stripping away any gloss from Wreck and leaving just the flesh and bones on their darkly rich new wave sound.

Everything on Glory, Glory, feels brittle.  Not in a weak way, but in way that conjures a fighter being worn to the bone, the kind of muscular veneer that screams “I’m at my breaking point and you shouldn’t fuck with me.”  On the terse “In Motion,” lead singer Patrick Donohoe croons “We all know what happens here,” and I don’t think I am the only person who a)doesn’t in fact know what happens here and b)is a little worried to find out.  The group has always practiced minimalism, but Glory, Glory is an exercise in restraint.  On “Castle” the group leans on a somber synth line that evokes a dusty, abandoned church, while “Shelter” and the title track plod ahead with synths stripped of their glossiness, as dark and affecting as anything the group has done.  The nearly 30 minute CS closes especially strong with two longer tracks, the five minute “Higher Buildings” and the six and a half minute “Strain.”  Both of which convey the subdued pain/regret/fury that the band do so well.  Like a defiant fist clenched in the pouring rain, the songs are foreboding and gloomy while not losing the sleekness that the band seem to have engrained in their DNA.

Wreck was a huge step forward for the band in that it seemed to close the circle on the sound they had been working on for a time on their previous Guilt Ridden Pop matieral.  Glory, Glory shows a band that not only are confident in the material they are creating, but a group nimble enough to shift shapes enough to define each release.  They also prove confident enough in their songs that they strip away all of the extra noise and leave just enough their material stripped naked for all to see.  The result is as powerful as Wreck and more proof that Claps are quickly moving in the direction of being one of the most exciting bands in our local scene.

See the band Saturday night (July 21st) at the Hexagon with Safewords, Rollerblad, CGW and DJ Steve Rosbourgh (head honcho at Moon Glyph) for a tape release show.  If you can’t make it, grab the tape from the Moon Glyph website.