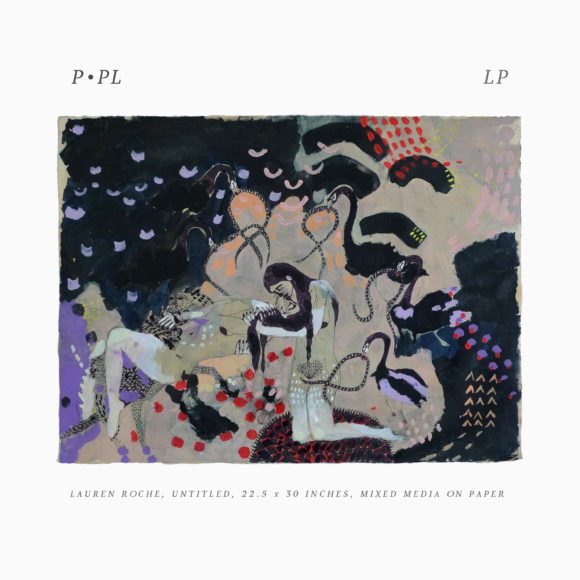 Local artist Matt Bedrosian calls his musical genre “wannabe pop,” which implies he doesn’t believe he is quite there yet. Listening to the debut full length LP from his band P • PL (pronounced ‘people’) you have to wonder where the ‘wannabe’ part is coming from. The album’s sound is fully realized, well-executed, 100% grade A pop music. It’s a bit left-of-center to what might be traditionally considered ‘pop,’ but given that center is continually being adjusted to encompass more, I’d say its a fitting descriptor.

LP is synth pop, to be more exact, mainly driven by synths, bass, drums and Bedrosian’s singing (with the occasional guest contributor). The sound ranges from dreamy atmospheric beats to greasy funk, but always with an emphasis on being fun and danceable (which is Bedrosian’s explicit goal). Lyrically speaking, Bedrosian’s words might seem a bit on the serious side out of context but within the groove function perfectly as yearning, romantic abstractions that make you want to grab a lover and head for a darkened dance floor.

LP will be self-released officially this Summer (we’ll update when show details are known). In the meantime you can hear singles available via bandcamp.  While LP was recorded mostly by Bedrosian alone, the live band will also contain Dave Power on drums (The Staves, Aero Flynn, Moon Ruin, ’58 Belvedere), Eamonn McLain on bass/bass synth/vox (Little Fevers, Trampled by Turtles) and Jennie Lawless on synth/vox (Warehouse Eyes, Jennie Lawless). The album also notably features some really gorgeous artwork from Lauren Roche.