We Went There: Idles at First Avenue

Before the curtain lifted at First Avenue’s sold-out show on Saturday chants of ‘IDLES, IDLES, IDLES’ rang out in eager soccer-match-style anticipation. But even any gods and goddesses present had no idea the level of intensity the 5-piece Bristol bangers IDLES was about to put on display.

Their blistering 16-song set began with front man Joe Talbot stalking the stage wearing the intensity of a man who feels the weight of the world and is once again about to do something about it all over again. He turned his back to the crowd while the drums of Colossus rumbled in and took noticeable deep breaths before he turned around, leaned into the crowd and truly gave Minneapolis a feeling of why their 2018 album ‘Joy As An Act of Resistance’ is such a gem of positive energy, progression, and strength. The title alone is a revelation in an age where the aggression and hatred out in the world led by fear and greed is leading to an unnatural order of things.

Talbot owned the stage like a mad-man – mad about the current state of our reality and combating it with a rare confidence and intensity few people exude. Often spitting impressively and yelling in guttural fashion after each line as if he miraculously had something left in his chest, and pounding on said chest and head while a fine mist of the sweat he was pouring out was shaken loose and put into the atmosphere. And did the Minneapolis crowd ever respond in kind. The entire floor instantly became a swirling mass of humanity insanity. At times, the crowd easily surged 30 feet forward and back with each and every person I saw wearing a smile that cut into their cheeks of pure joy. By the third song the crowd was so frenzied the First Avenue staff were constantly showering them with water bottles. I felt it would have been more efficient to just let the fire sprinkler system loose on us all heightening the beautiful chaos being created. 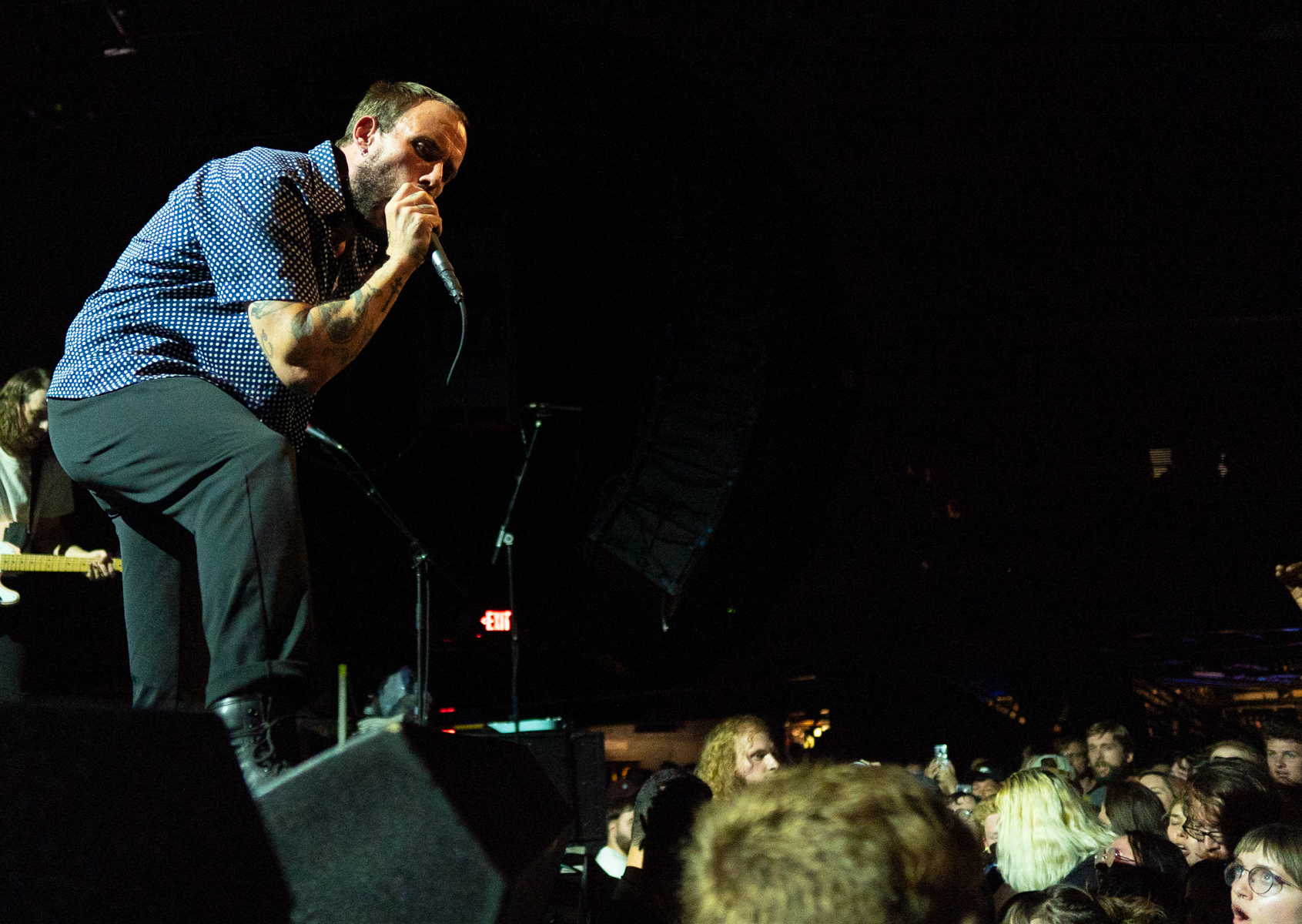 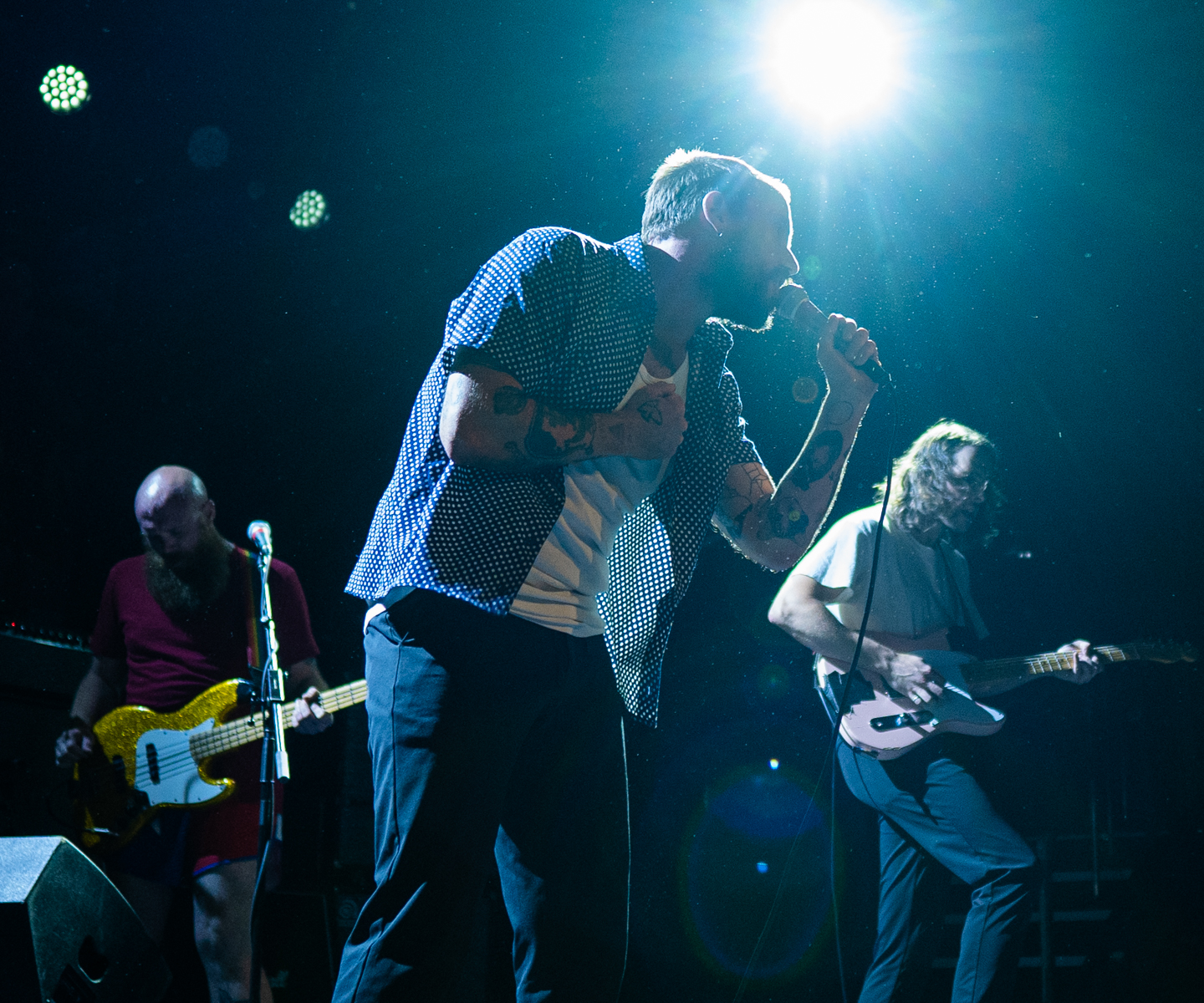 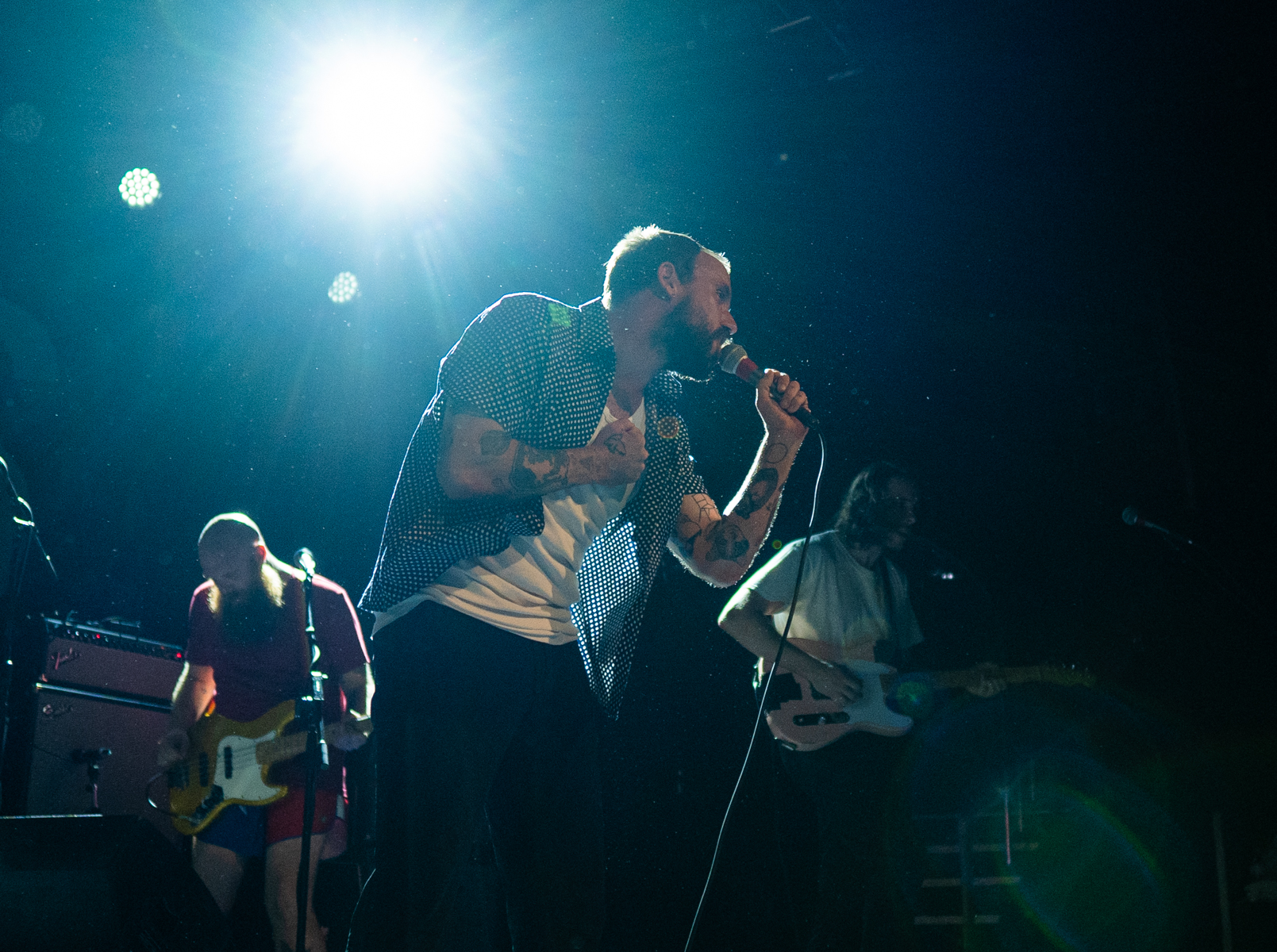 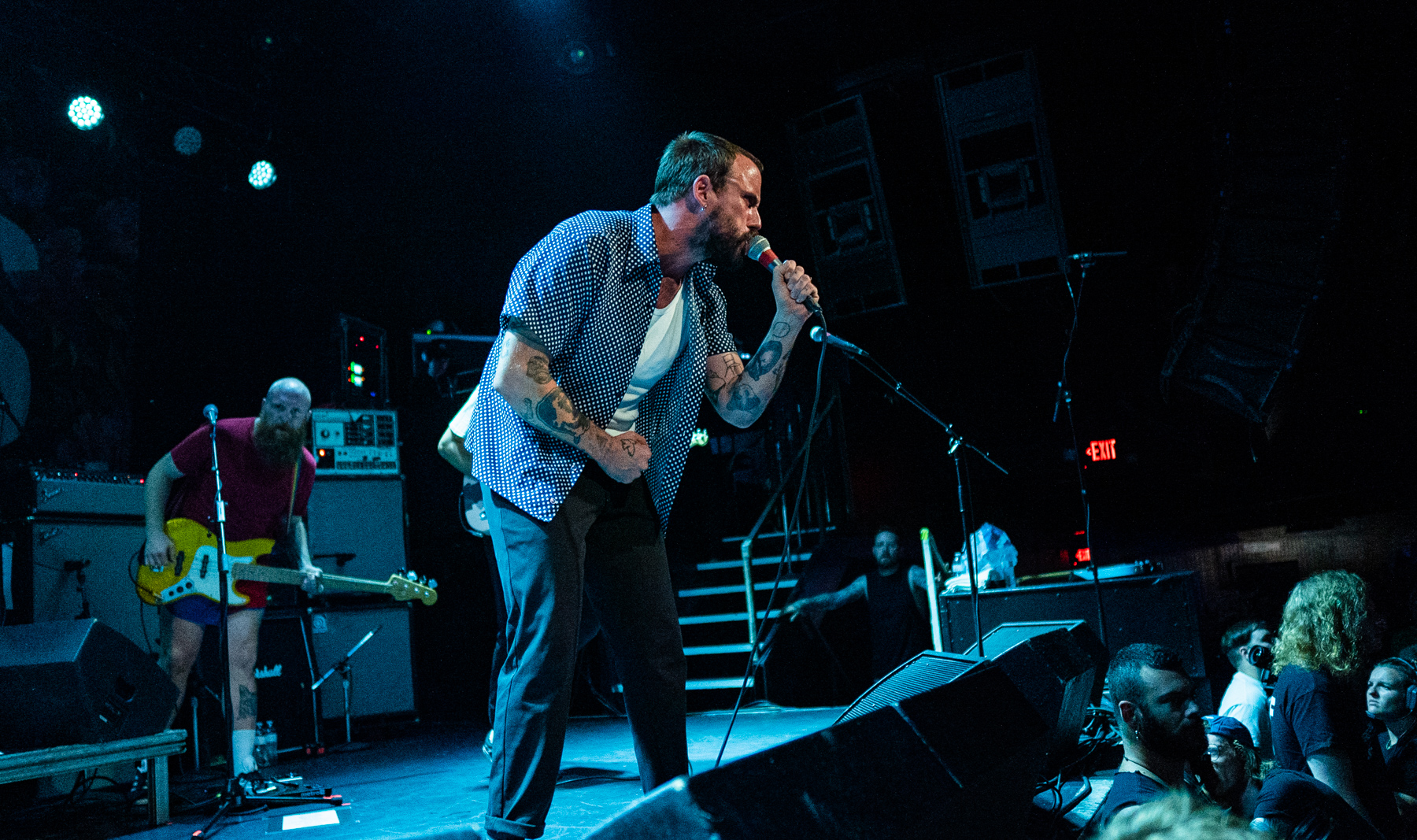 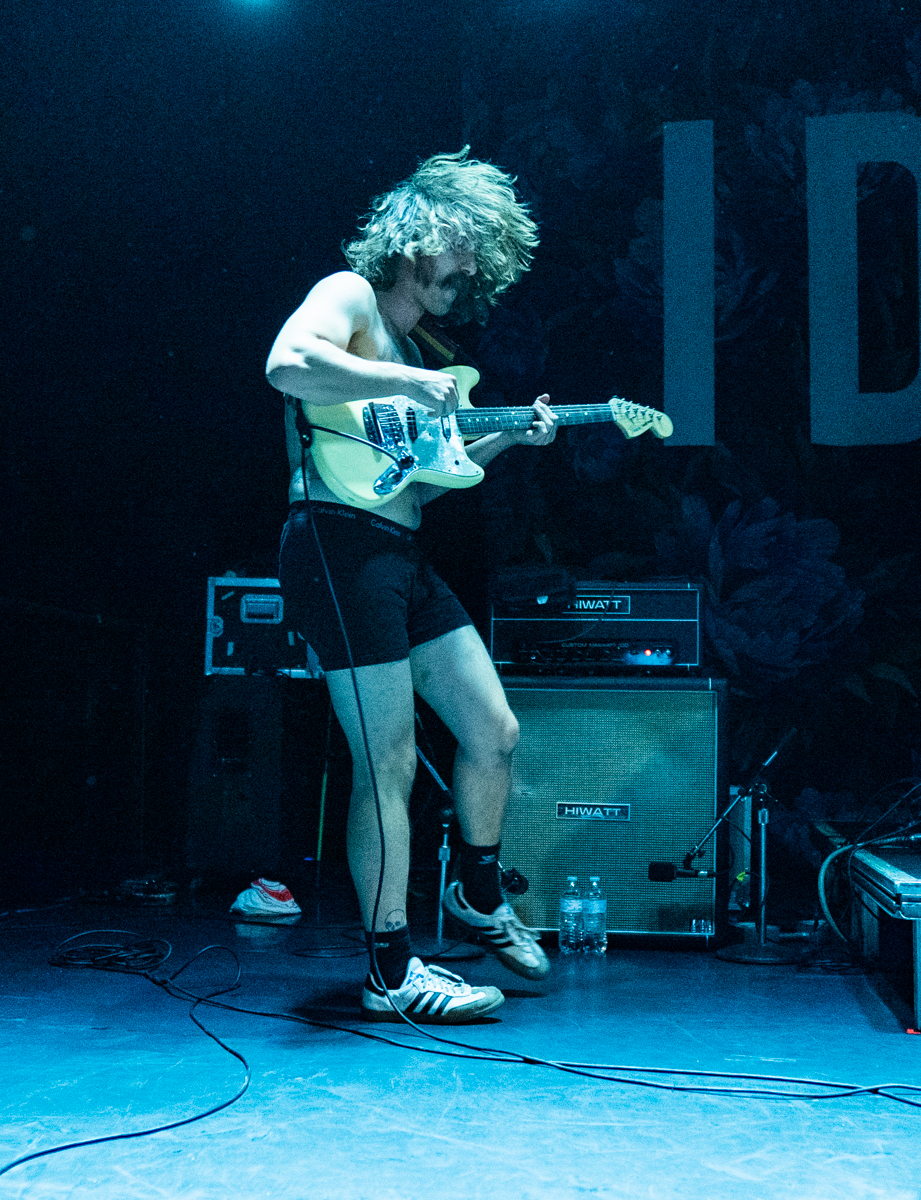 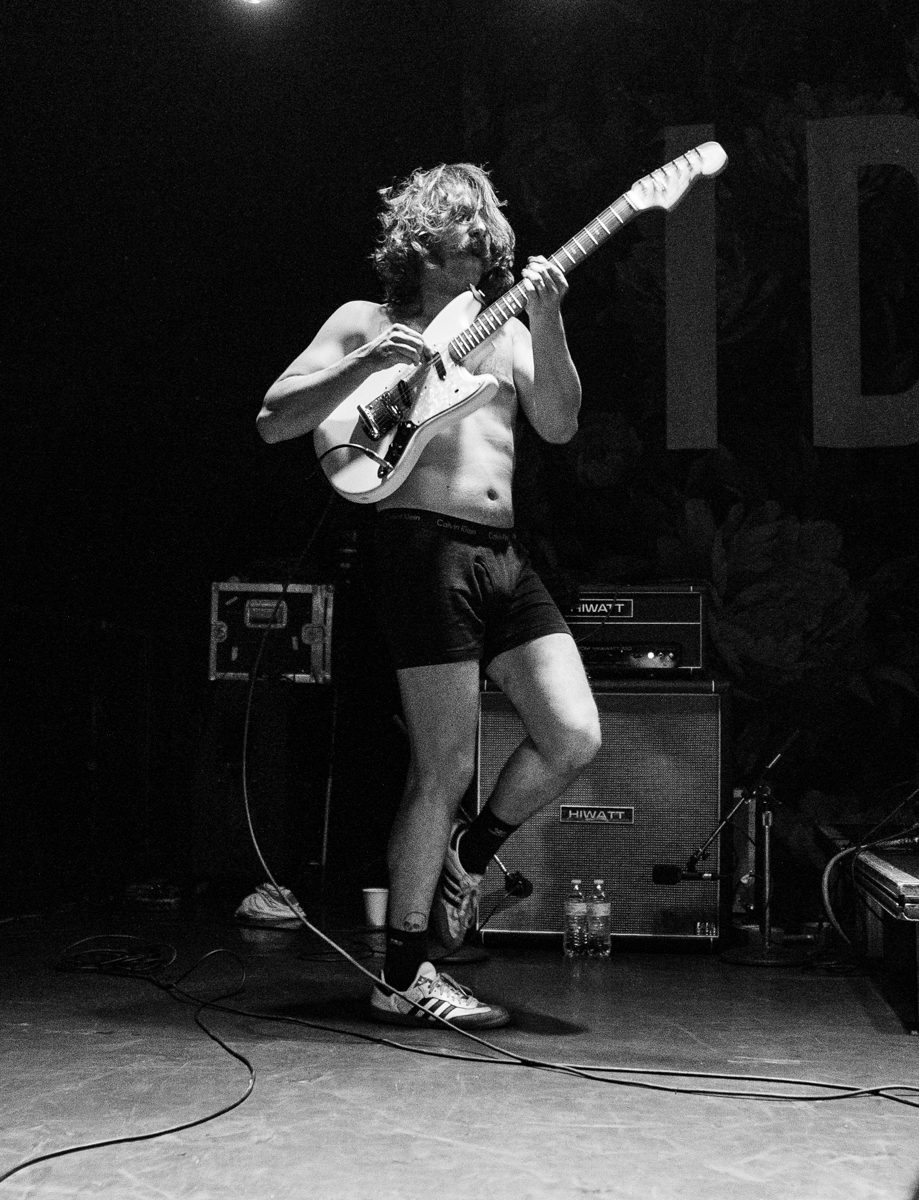 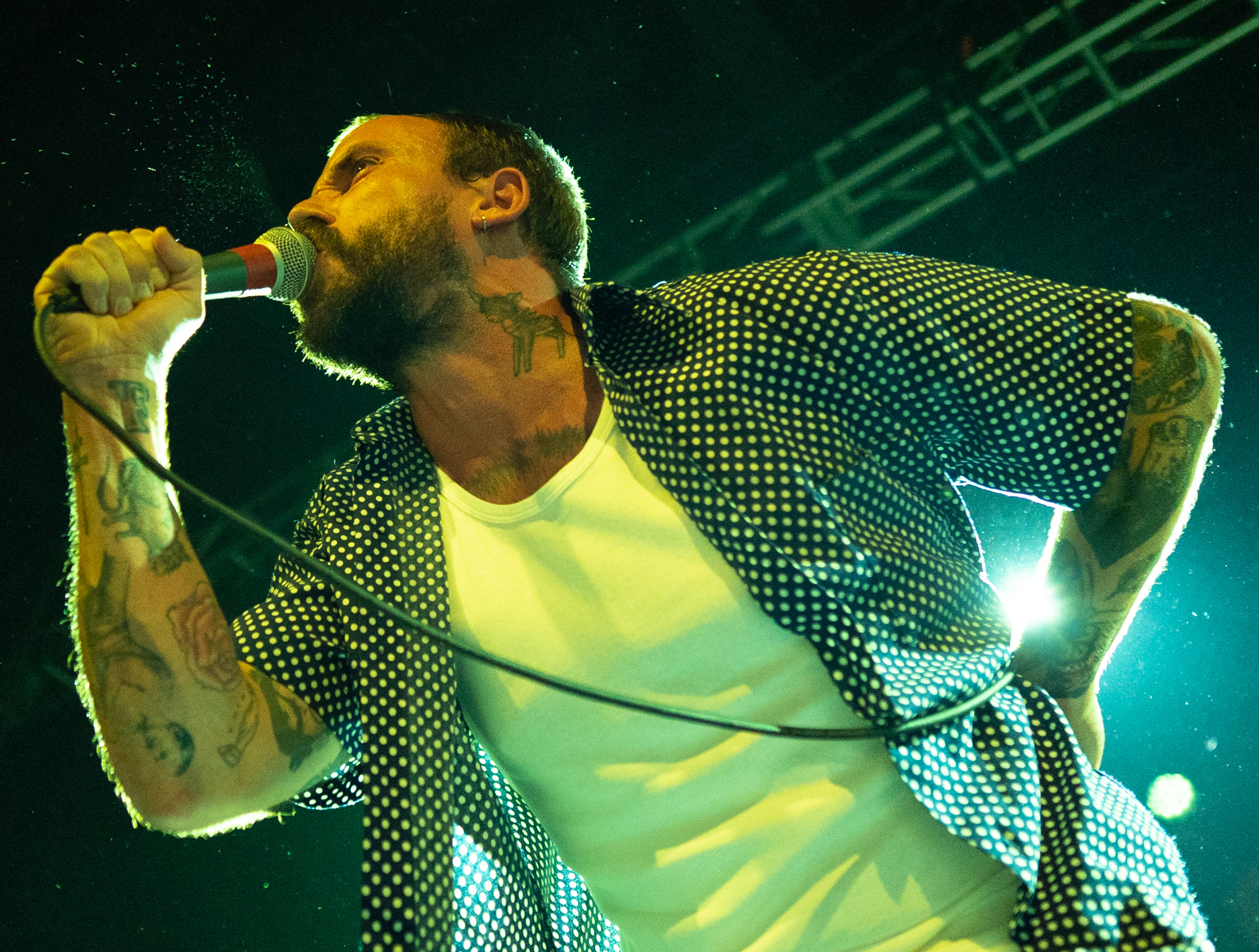 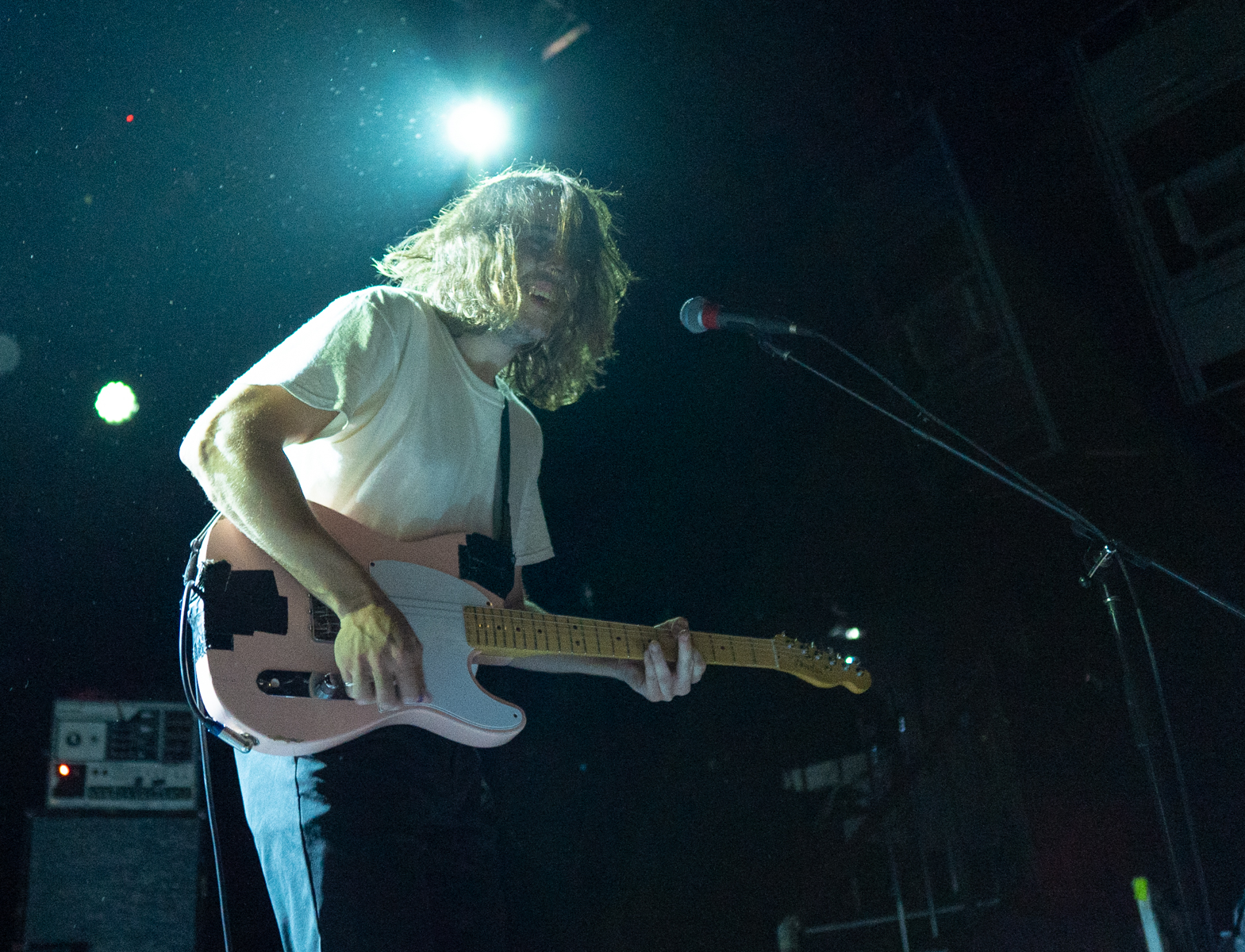 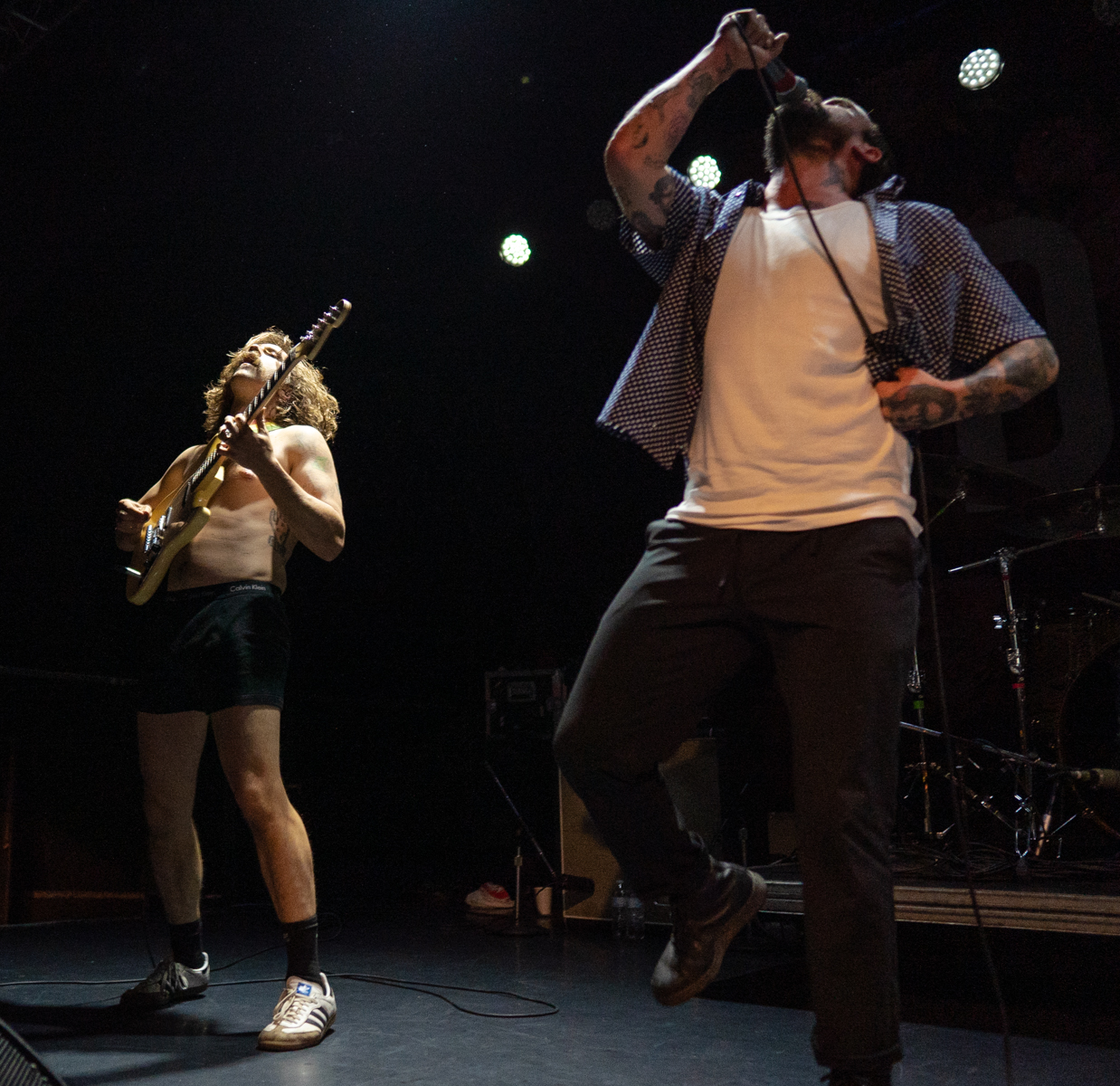 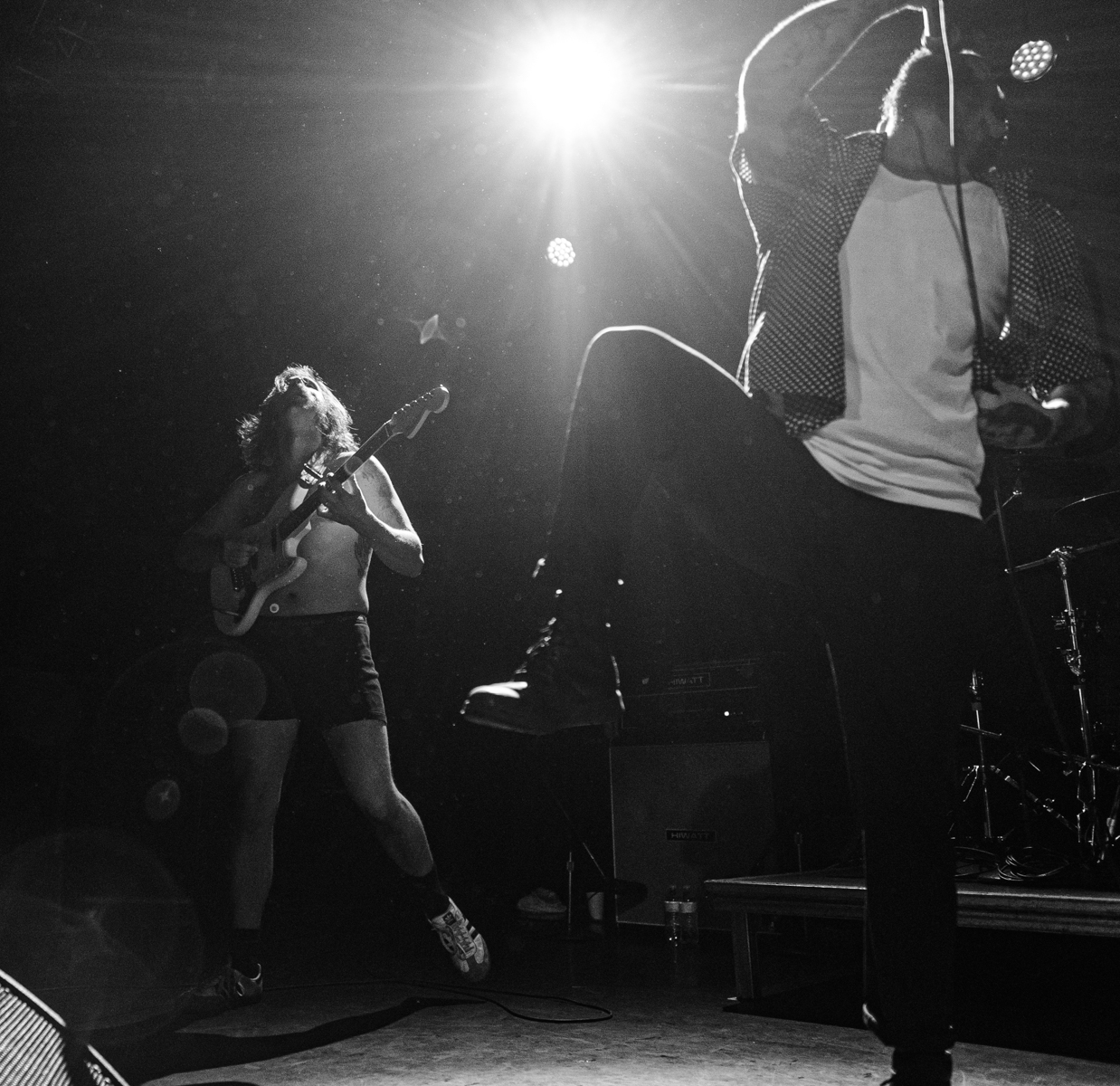 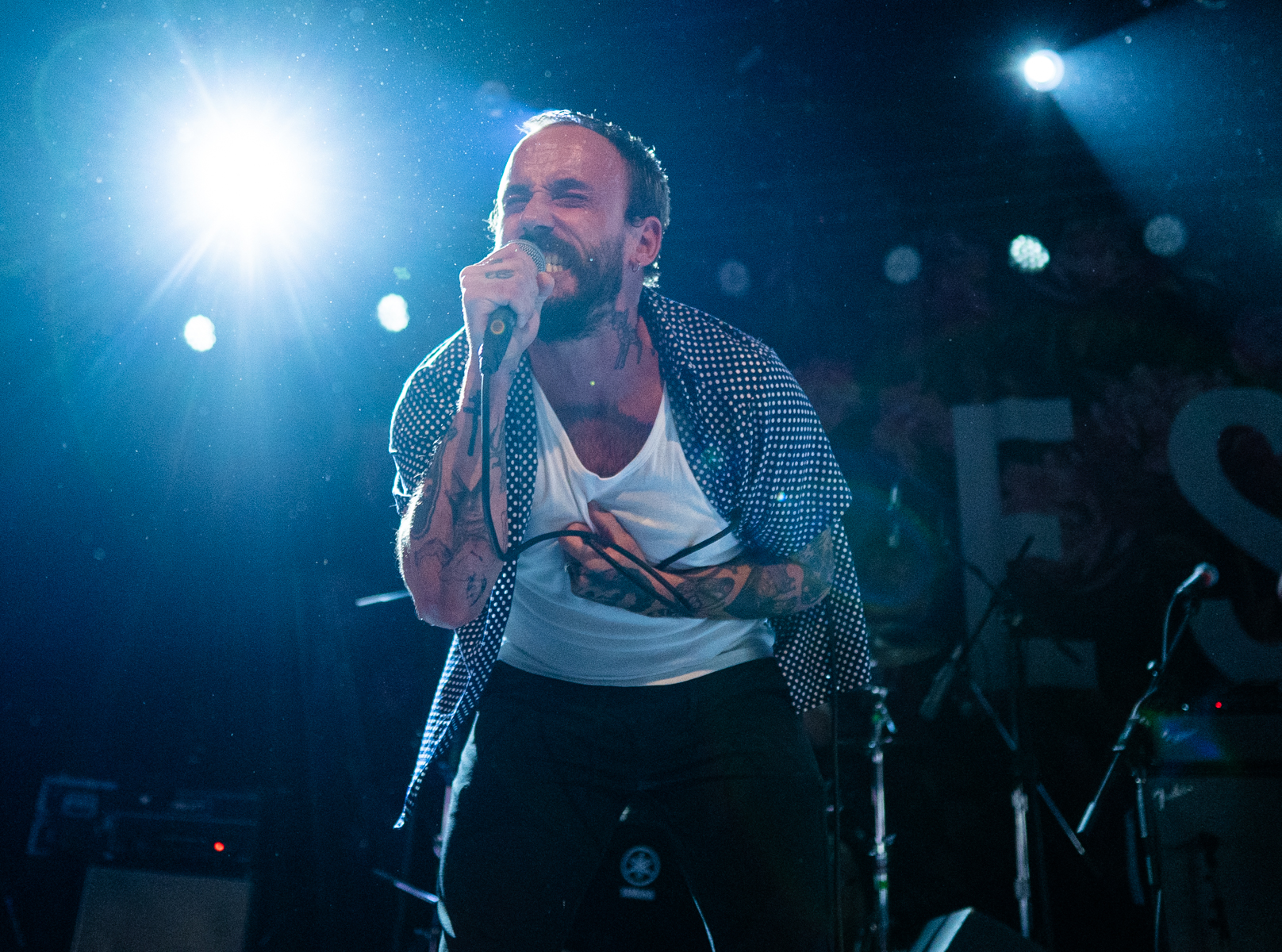 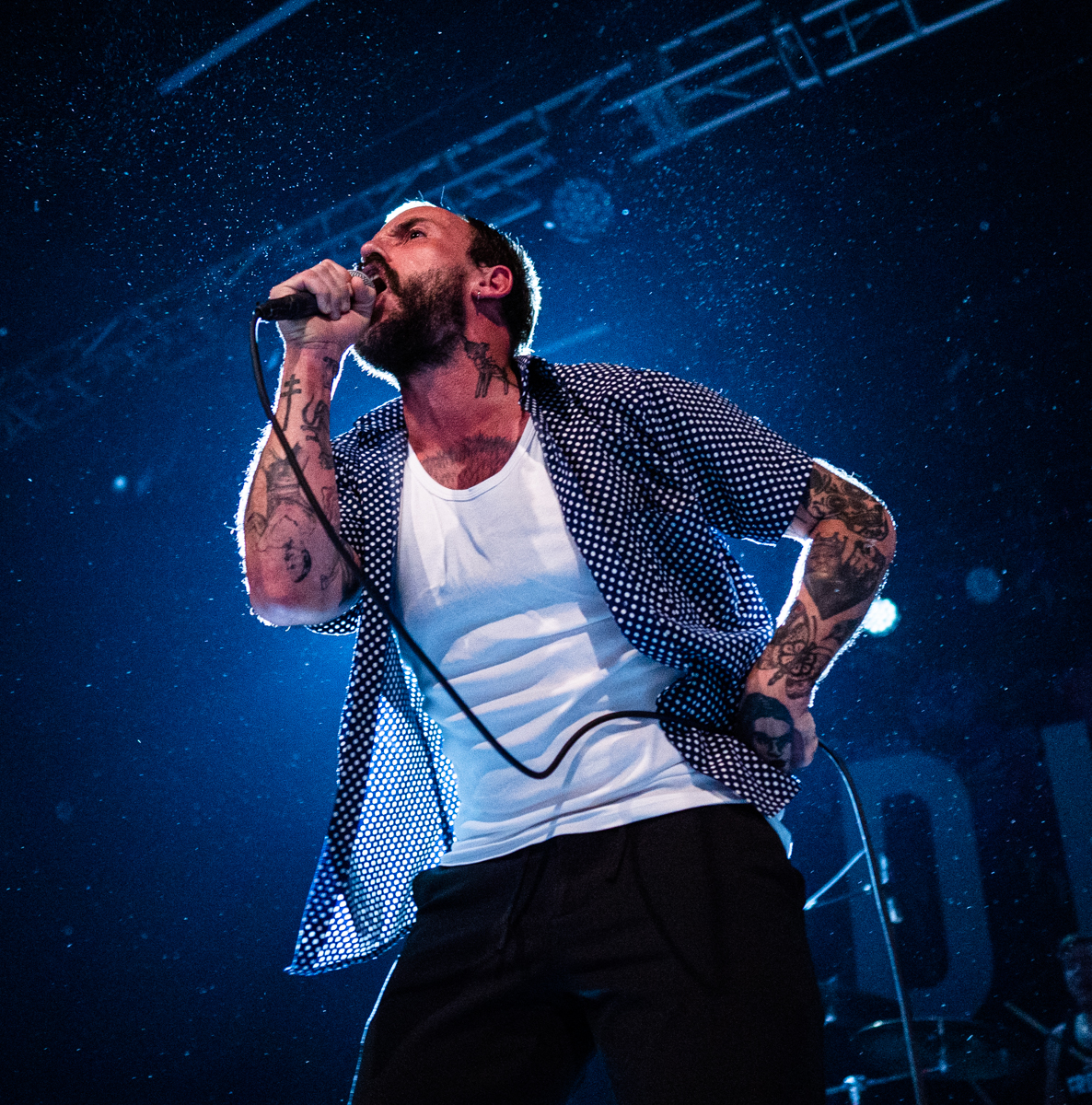 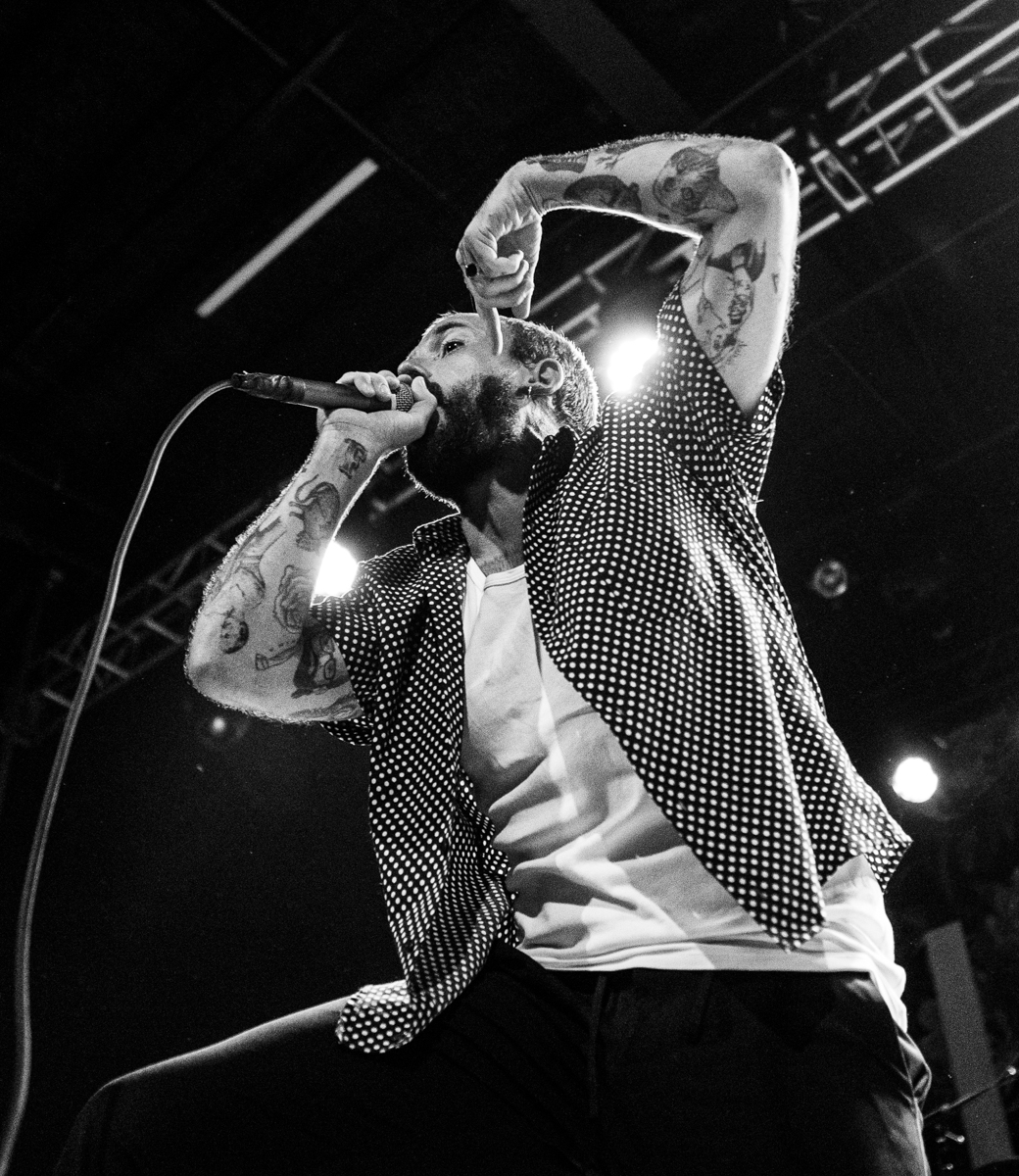 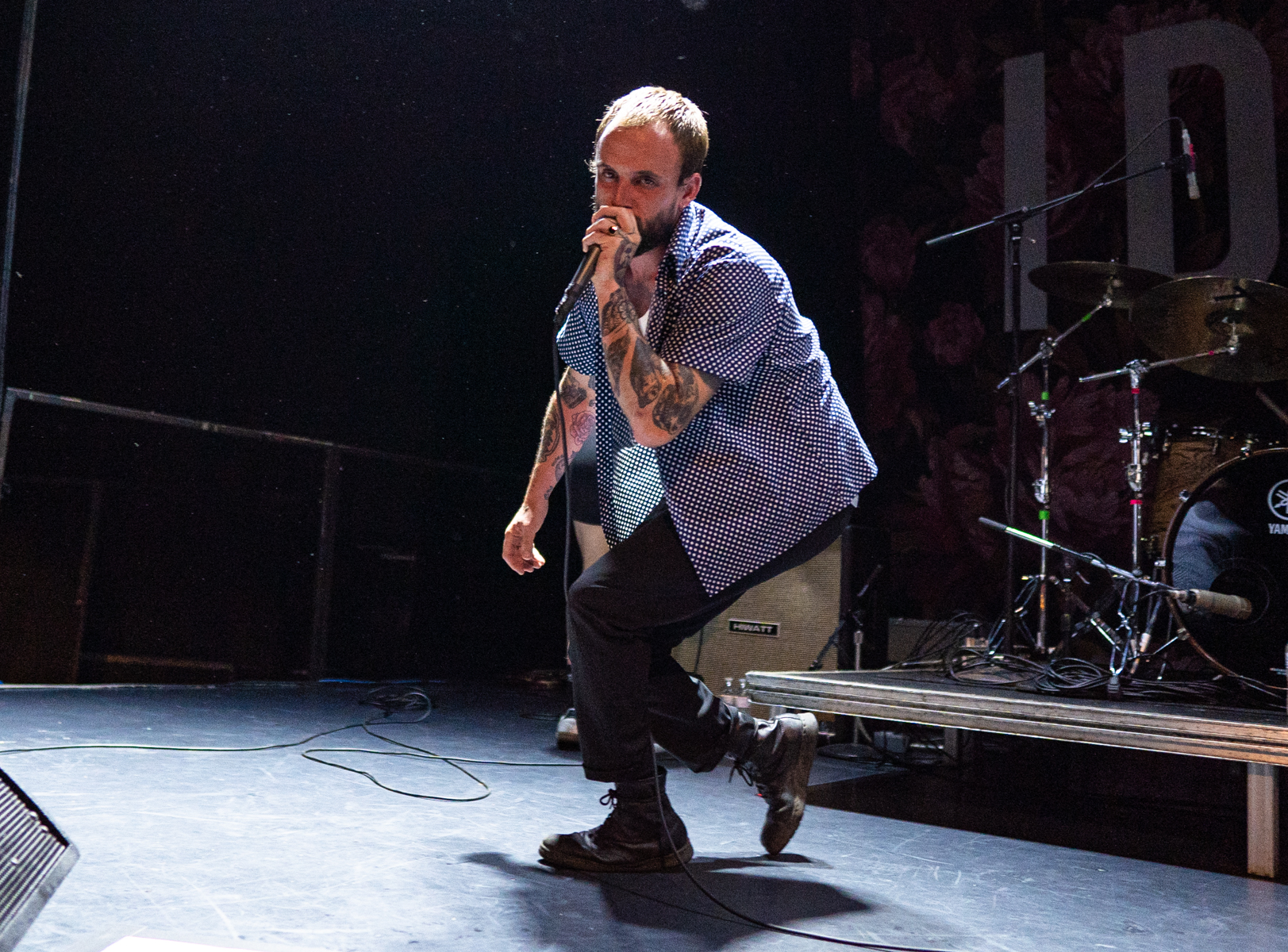 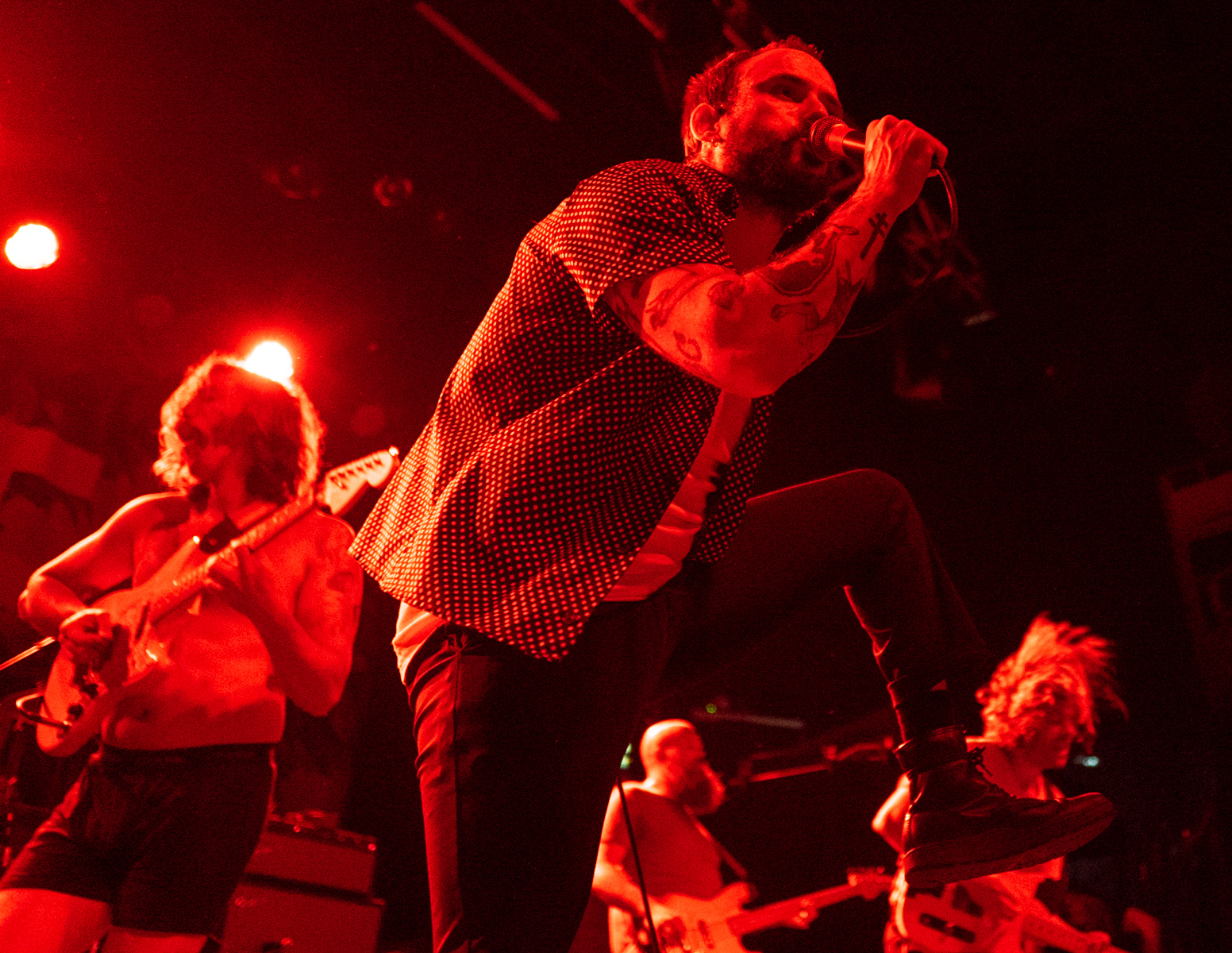 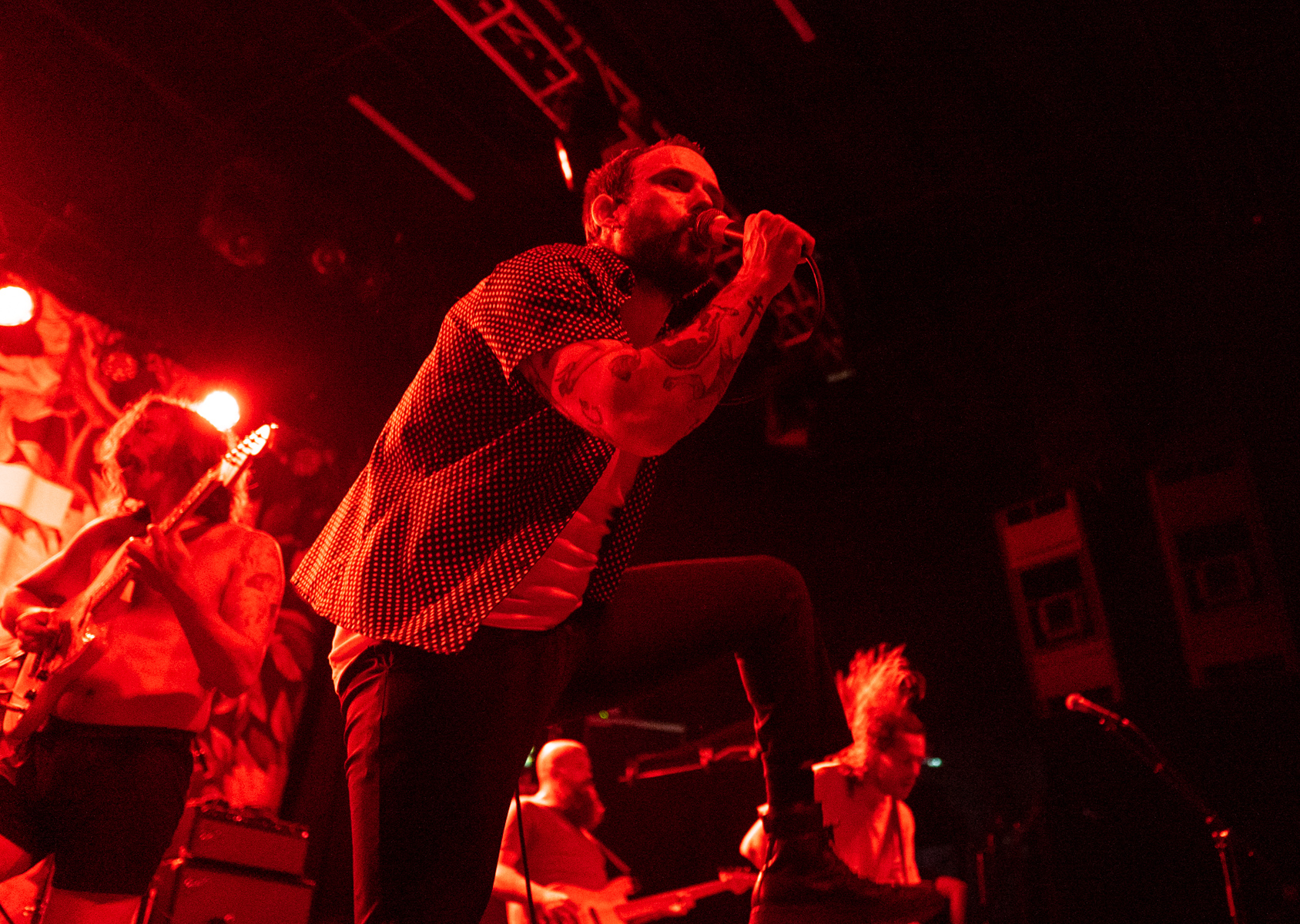 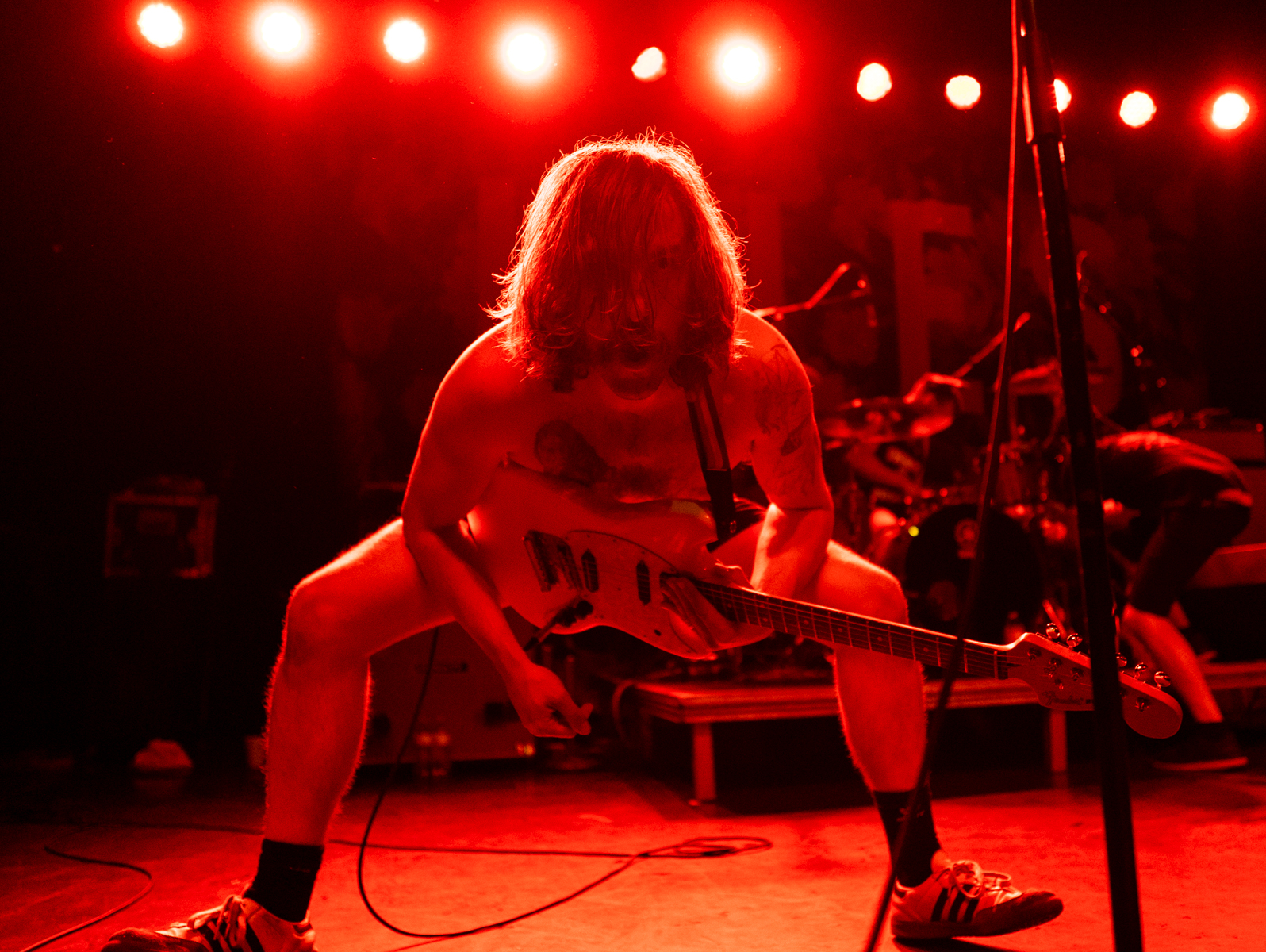 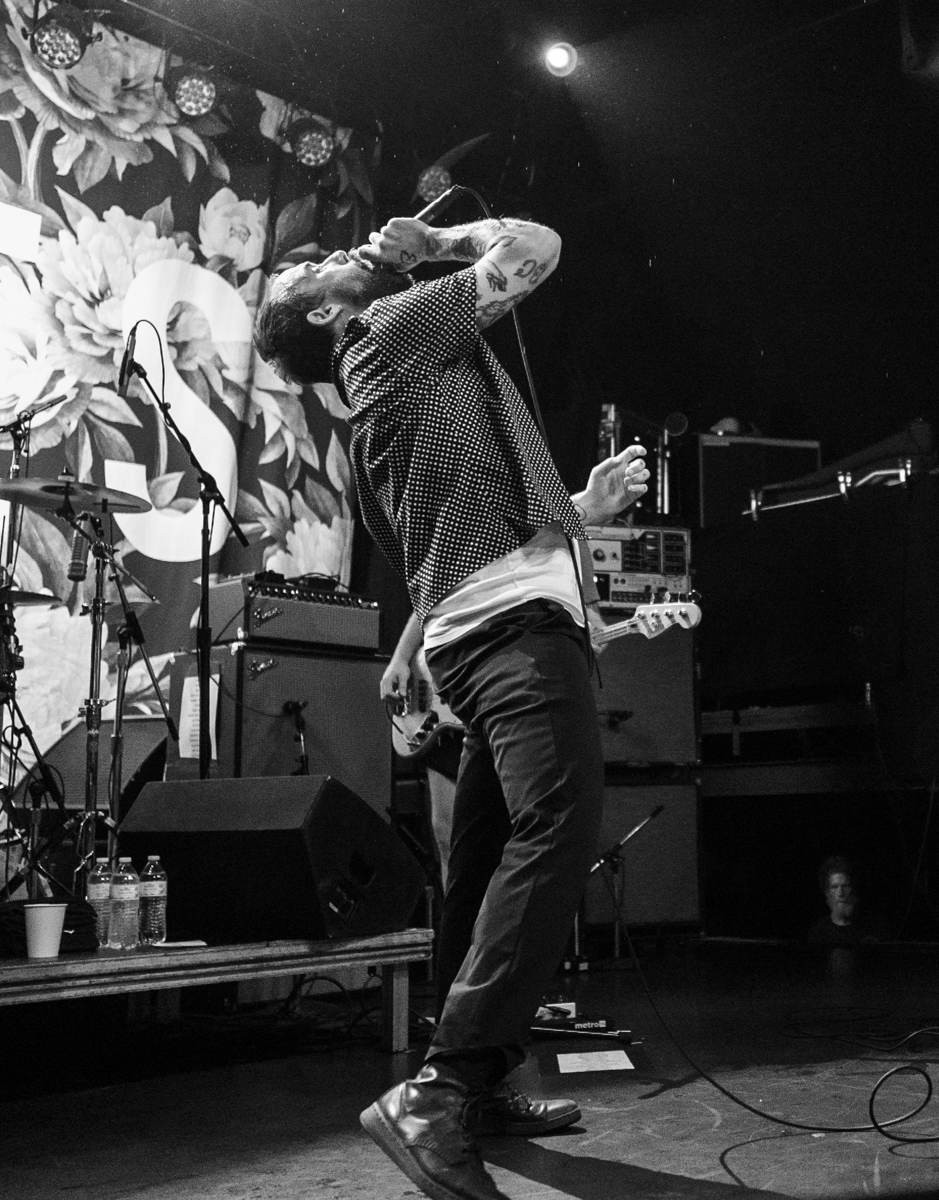 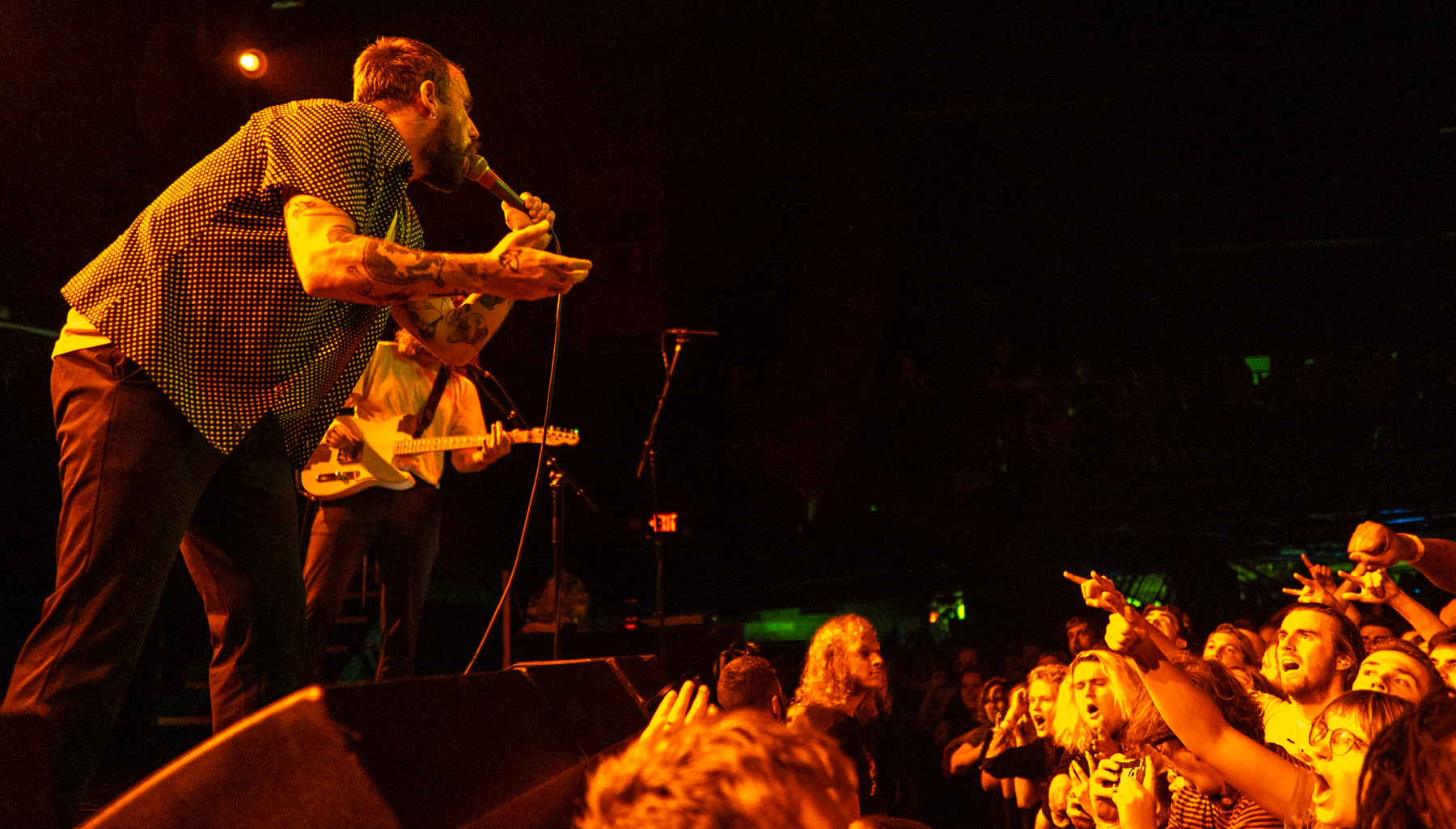 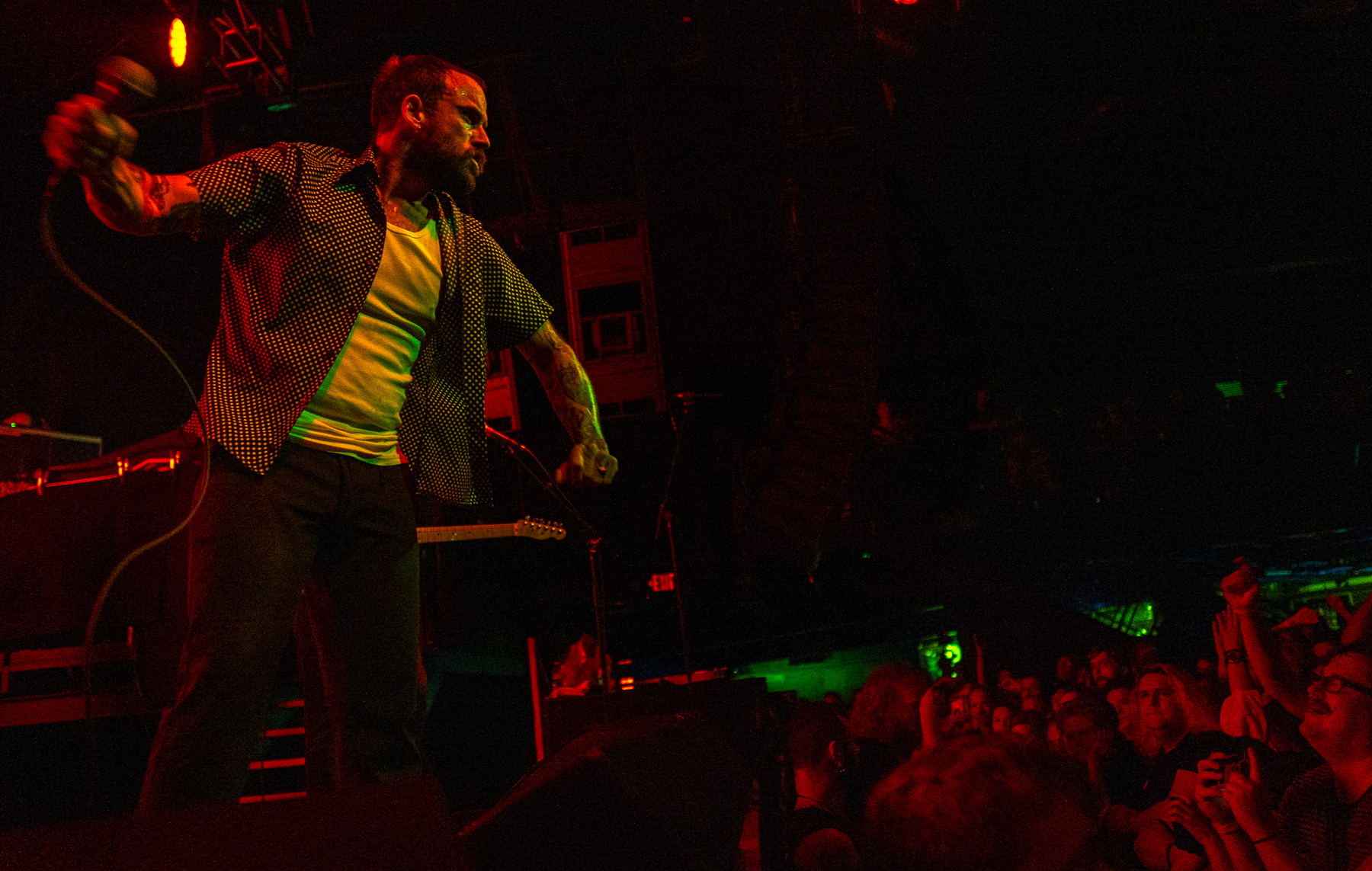 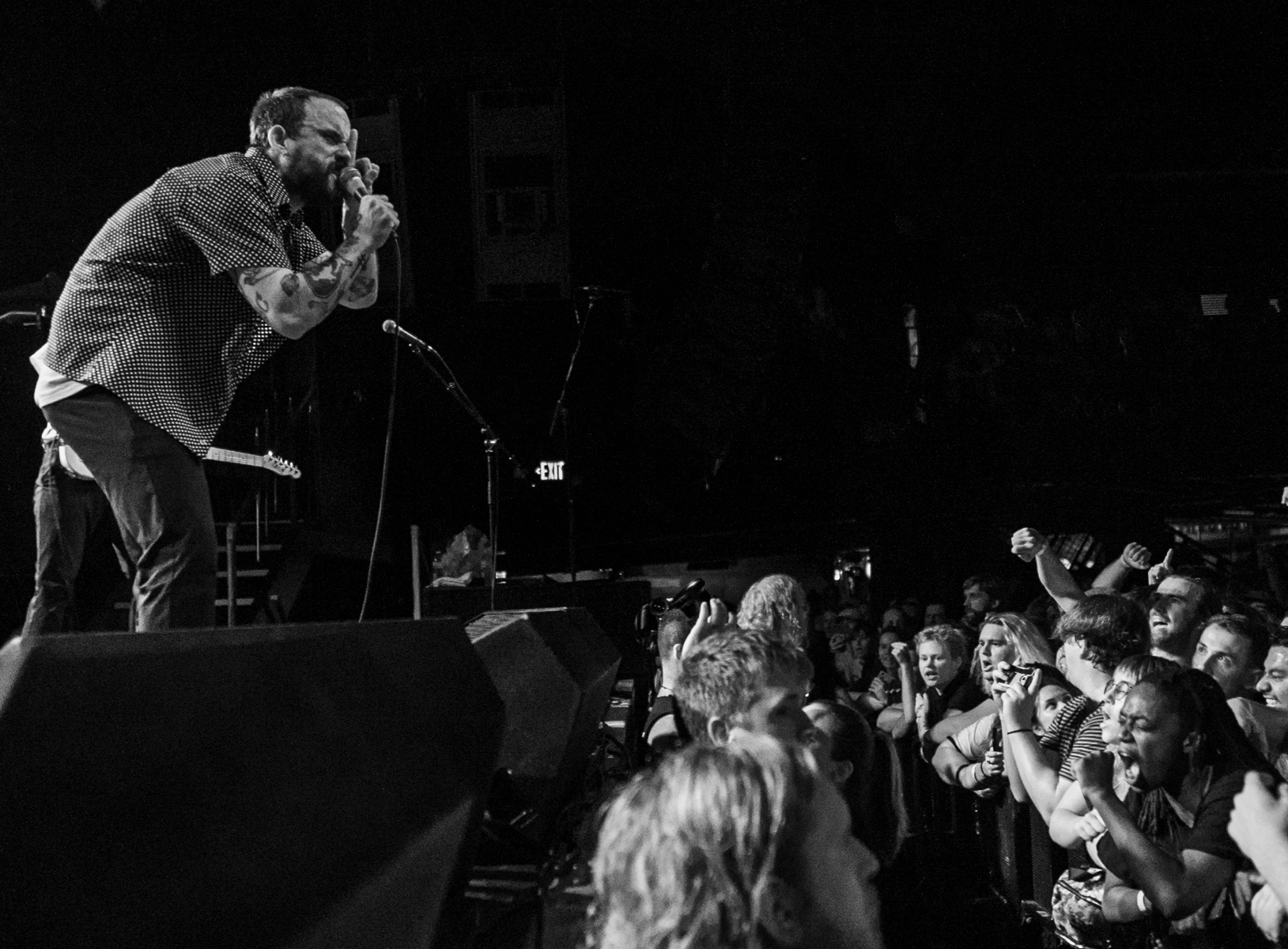 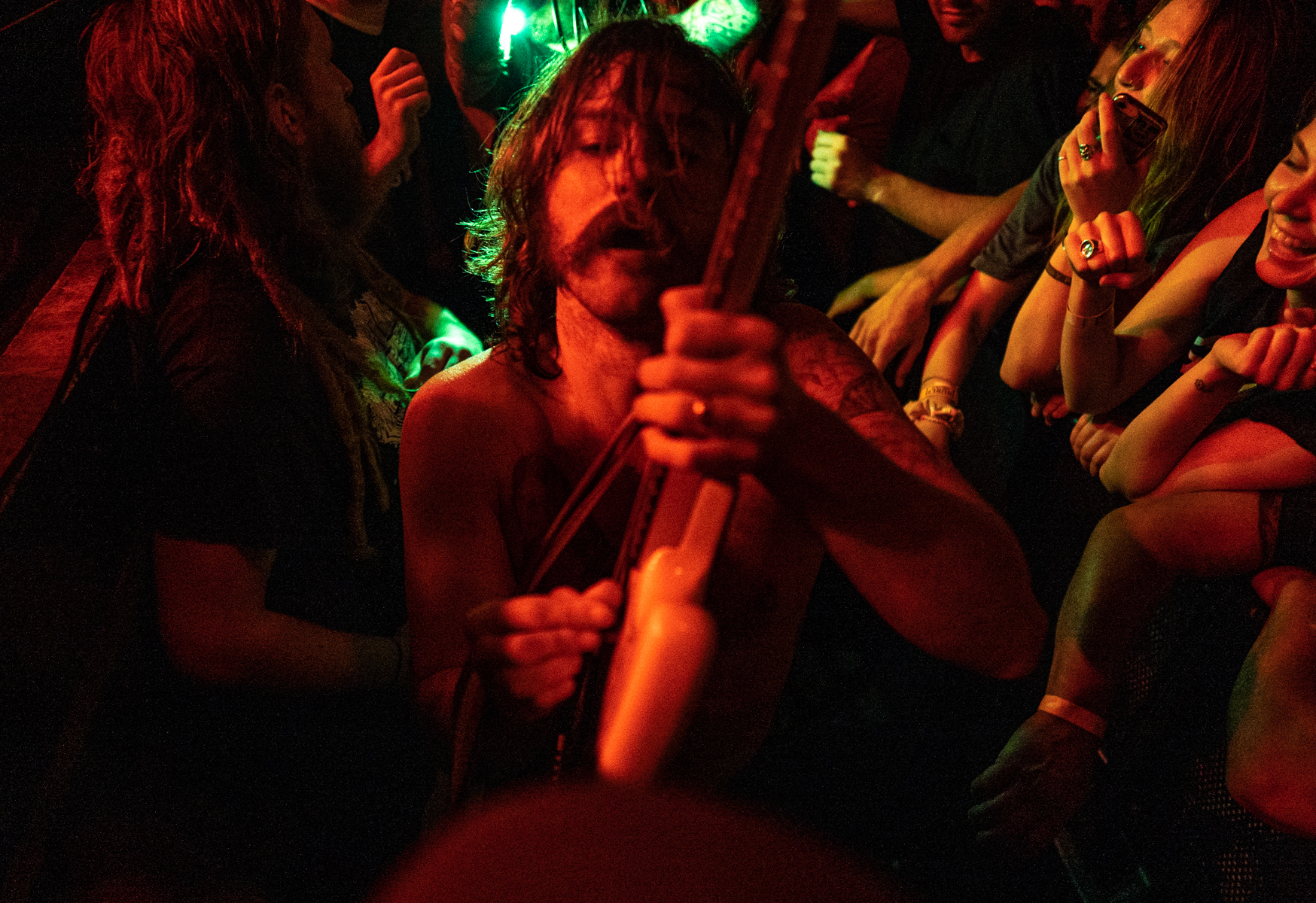 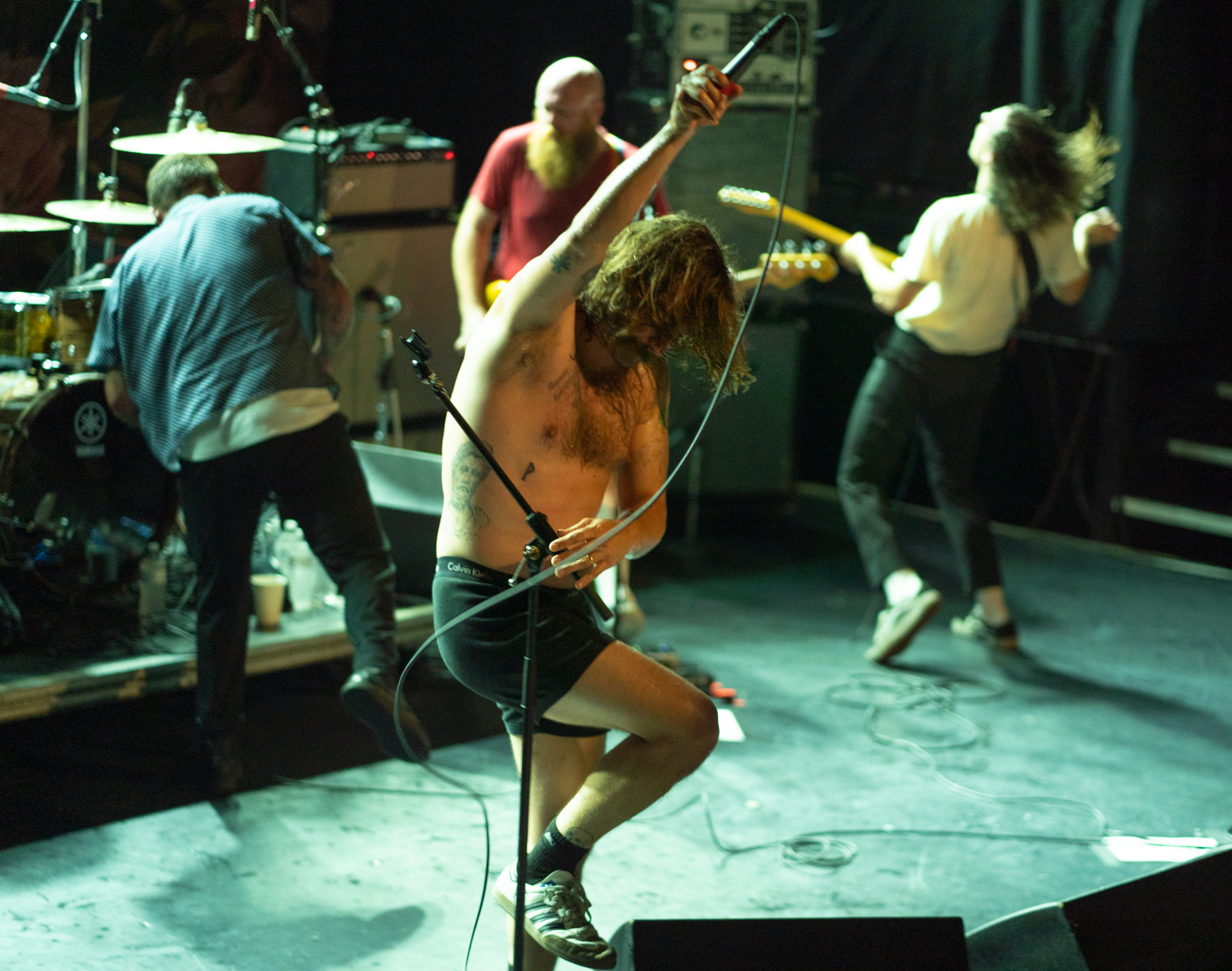 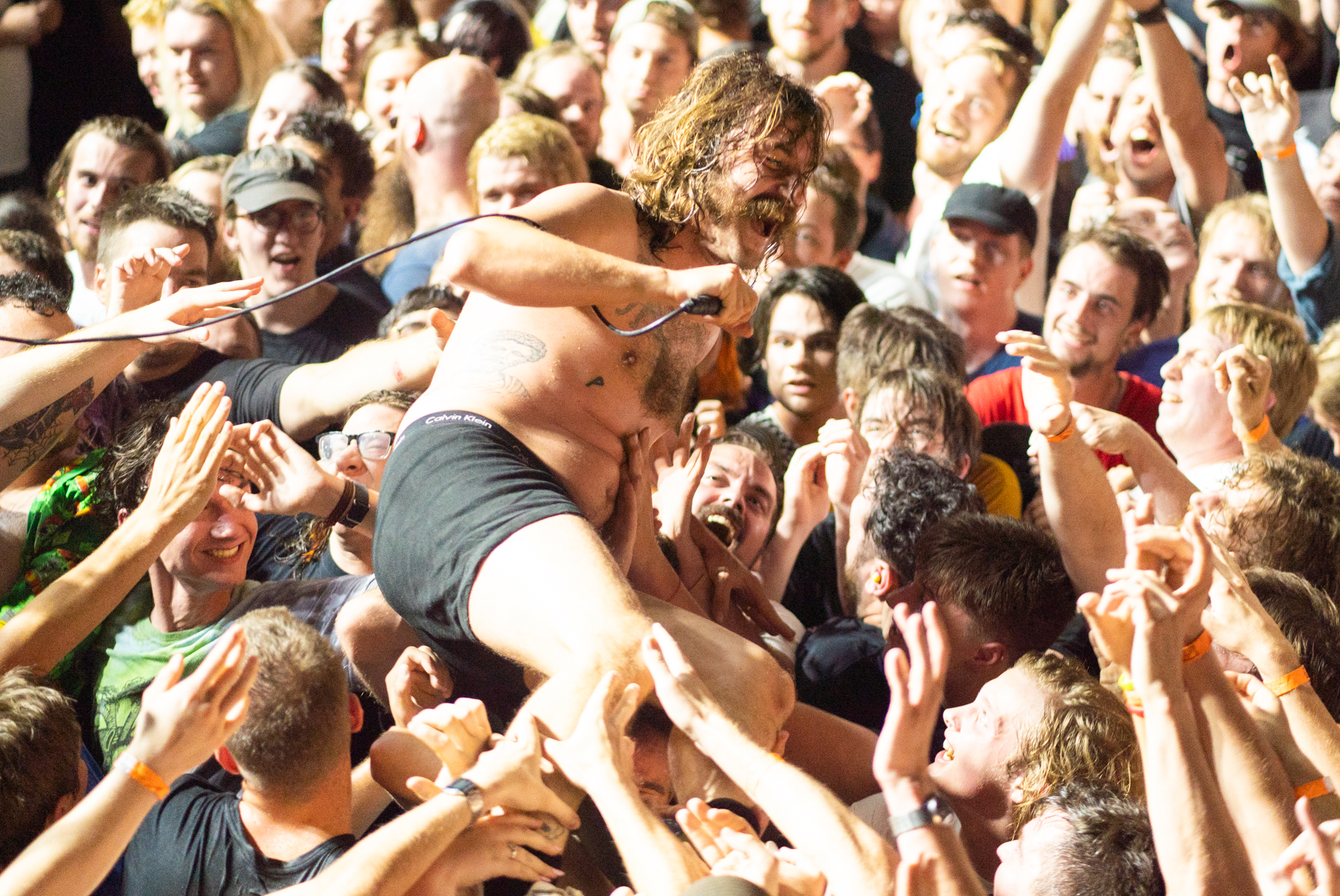 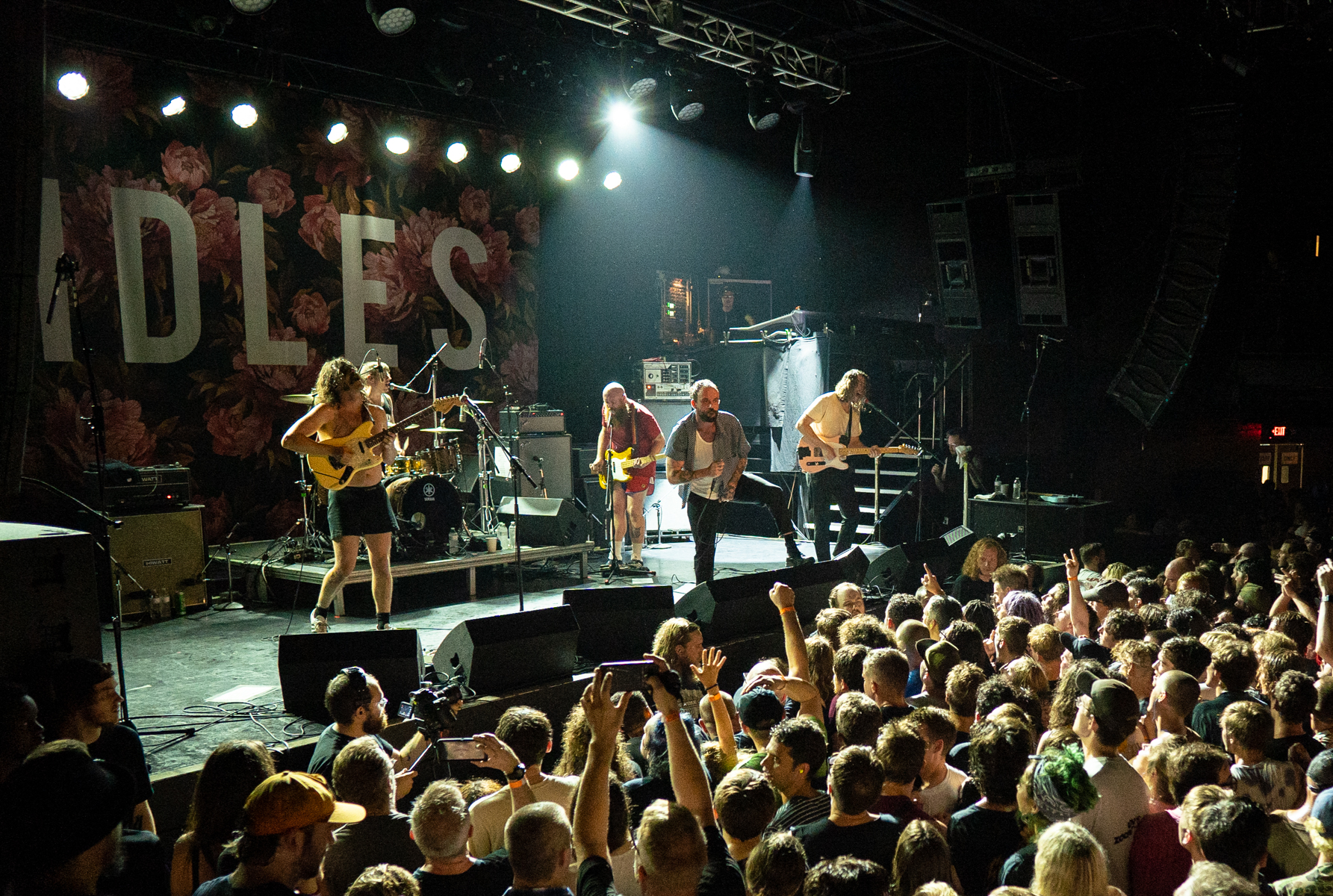 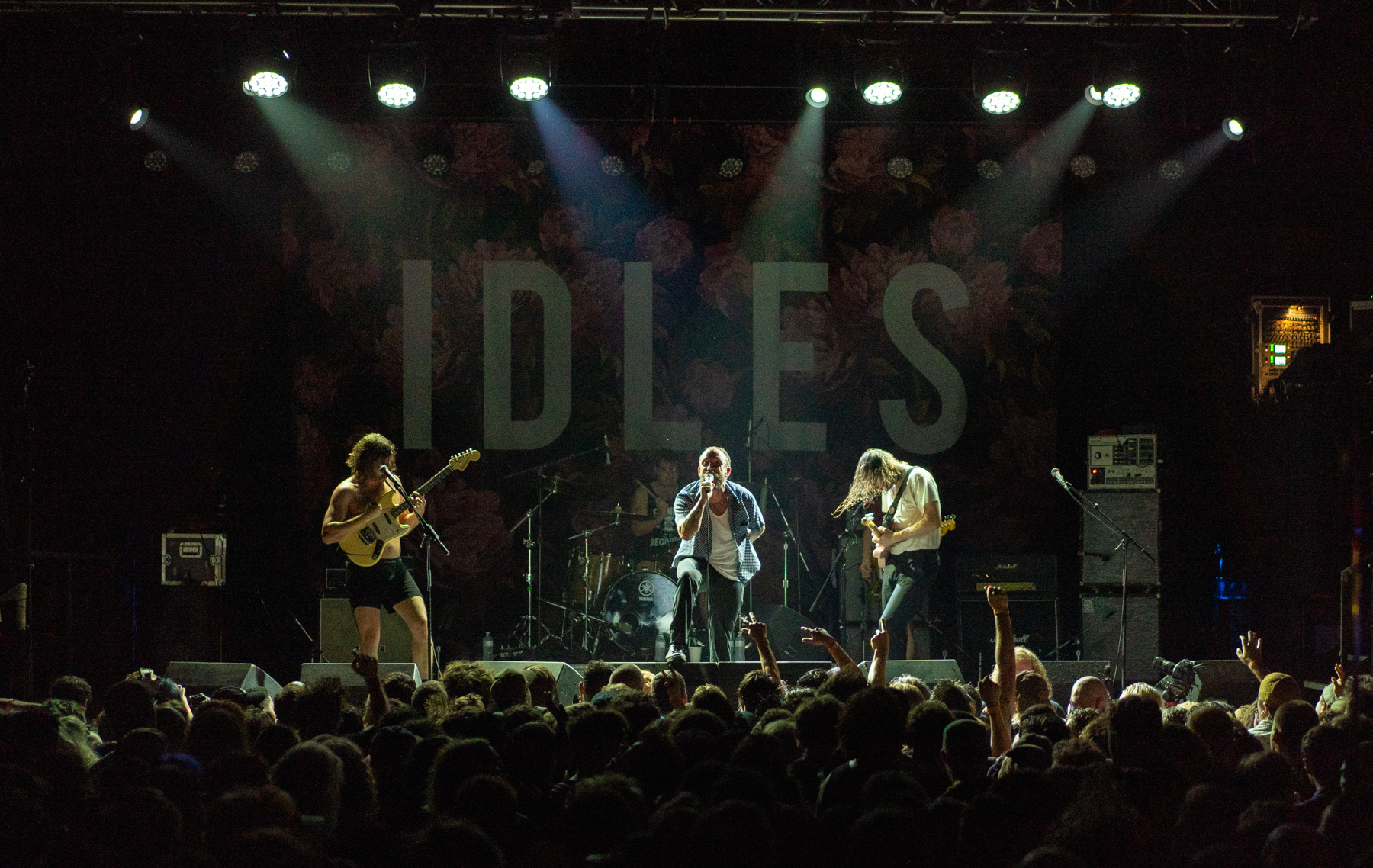 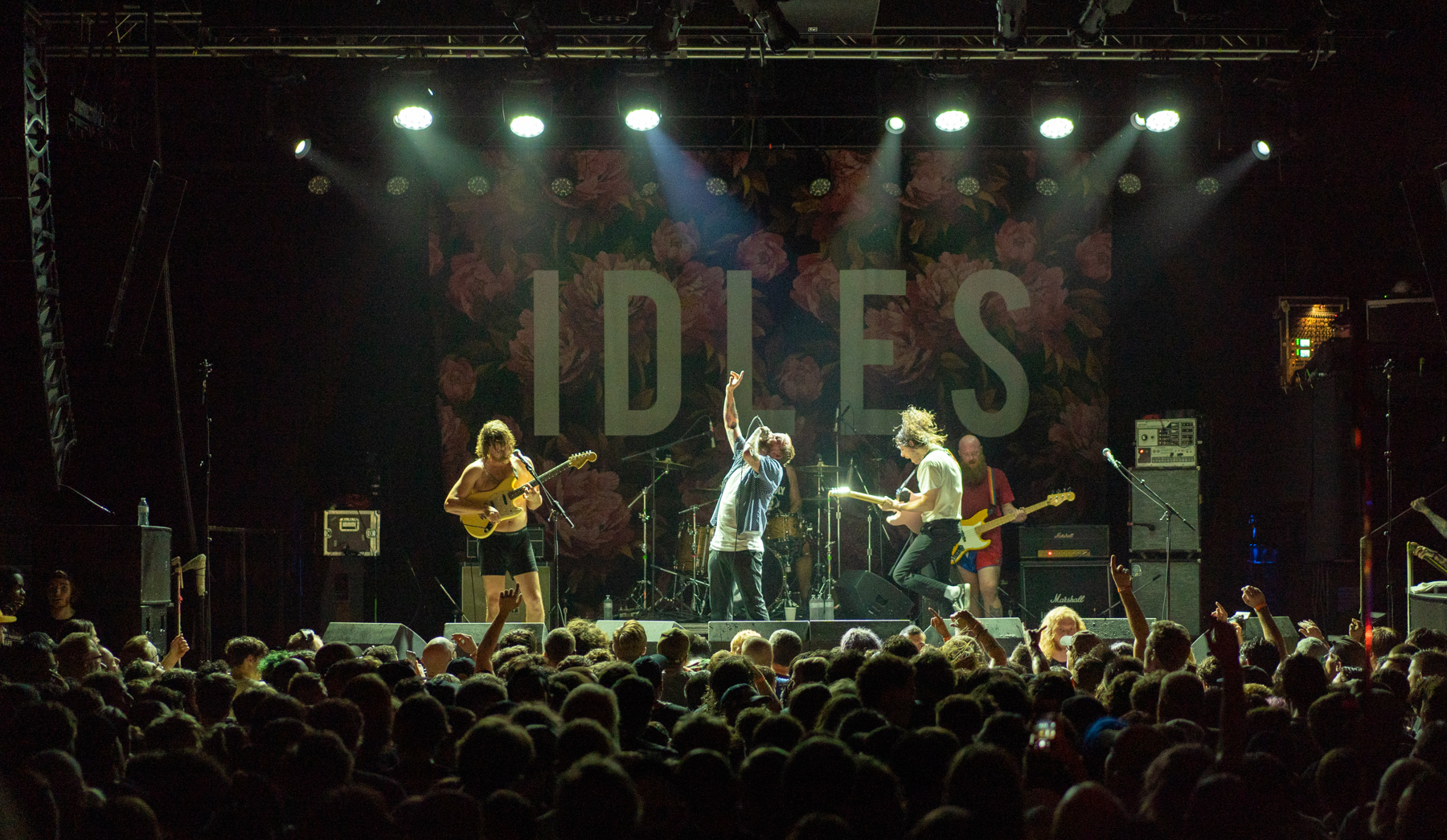 What was even more impressive was how after each song Talbot shared a story of encouragement. He spoke of positivity, progression, and vulnerability all the while calling out in colorful passionate language themes of toxic male aggression and the xenophobia plaguing our society. “Long live the open-minded” he said right as they launched into their pro-immigration track Danny Nedelko, with lead guitarist Mark Bowen clad in just his iconic underwear leaping into the crowd screaming the letters to the word ‘U-N-I-T-Y’.

The band exuded genuine humility and gratitude throughout the show. At one point while remarking on the history of First Avenue he asked if anyone could sing Prince’s Purple Rain. He brought an eager man by the name of Teddy on to the stage and suddenly he was controlling the entire venue absolutely nailing the song. There was an honest and emotional embrace between the two afterwards and witnesses saw Teddy mouth out the words ‘you saved my life’ to Talbot (as they had just wrapped up ‘1049 Gotho’, a suicide prevention piece). Talbot was genuinely touched demanded the crowd keep him up on their shoulders throughout the next song, and they did just that.

This was one of those shows that will stick with all those witness that evening and these vivid moments will be difficult to erase from memory. IDLES is a band that draws a stark line in sound and stands defiantly on the grounds of being a good and decent human – it was reassuring to see all of First Avenue join in kind that braver side. Even if their sound isn’t to your liking, their final message that night to a throbbing audience absolutely should be – “Love is the king.”