I recently checked out New York singer SAADI’s new 12” EP Bad City (Serious Business), and though I am not quite yet ready to declare love – the young female vocalist left me wanting to hear more.  The EP features only three new tracks, a remix, and a gender adjusted version of Bob Dylan’s “Mama, You Been on my Mind” (“Daddy, You Been on my Mind”).  While officially a three-piece, SAADI’s most prominent member is vocalist Boshra Al Saadi, whose’ throaty purr brings a sensual tone to the club banger beats.  For someone Syrian born, Al Saadi’s nationality doesn’t ever really give her voice much distinction (she sounds like M.I.A. might have if she were raised in New Hampshire instead of Sri Lanka) but she’s got good enough pipes to hold up each track.  What is probably most notable if that Al Saadi eschews over-production for very naturalistic vocals.  Though never over-pronounced, every slip and crack in her voice creates an air of vulnerability – rare in this genre of music. 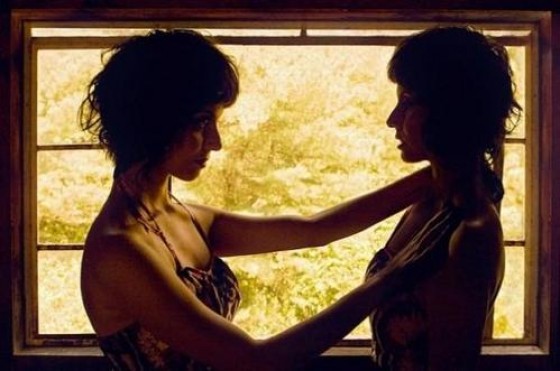 Musically the EP is all over the place with the tender slow burning “Pollen Seeking Bees,” being followed up with “Birds” a roller-coaster ride on the synthesizers.  The Dylan cover is just bizarre when viewed through the lens of the rest of the dance-oriented music, but on its own actually holds up quite well as a tenderhearted, soul-bearing meditation on loneliness.  The EP’s title track is its showcase joint, a mix of bangin’ beats centered around a hodge-podge of vocal harmonies that skitter every which way.   It’s a pretty good jam but it’s put to shame by the included Serious Business remix, which throws in some horns, Latin rhythms, and discordant strings to make the tune really pop.  Still, credit where it’s deserved, the remix team had some pretty good material to work with in the first place.  It will be nice though, to hear more of SAADI’s individual work whenever their debut LP is finished.  More on that as the news comes in.

MP’s joy at finding lost love child after 36 years; Letter reveals a secret from his ‘wild’ Sixties past.

Stephen Pound, Labour MP for Ealing North, fathered 36-year-old Lucy during the Sixties – but his relationship with her mother, Sue, ended before he discovered she was pregnant and she never told him.

It was only when a letter from Lucy arrived at his office that he learned he had another daughter.

Mr Pound said: “You can never prepare yourself for such a moment. I put the letter to one side, but then I had an overriding urge to contact her.” The pair met at King’s Cross station and as soon as he saw Lucy, who had been adopted to a family in Essex, he knew she was his daughter. website christmas card sayings

He said: “It was as if I was seeing her mother again. It was just what she looked like in the Sixties.

“There was this complete connection. It is strange.” After that followed the difficulty of Mr Pound, a happily married father of two, telling his wife Maggie. “I just came home one night and said, ‘I have something to tell you’,” he added. here christmas card sayings

“Her response was amazing, it was important to fill in the gaps for Lucy.” Lucy, a married mother of three children under eight years old, lives just five miles from her biological father.

Since the first meeting at Christmas in 2003 father and daughter meet every few weeks and speak daily.

Mr Pound said: “That first Christmas Lucy sent a Christmas card saying ‘Thank you for the best Christmas present ever.’ “As well as 36 years of pocket money to catch up on, we have 36 years of getting to know one another.

“I was pretty wild in the Sixties and would have been a terrible father.

Perhaps, in a funny way, this has worked out for the best.”