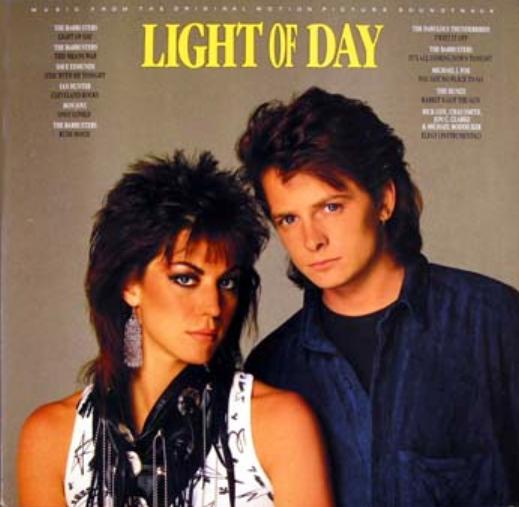 Did you know that Michael J. Fox and Joan Jett once fronted a band together called the Barbusters?  I didn’t – that is until I saw the soundtrack to the Fox/Jett starred 1987 film Light of Day last weekend in a Chicago thrift store.  Some of the soundtrack’s tunes were played by the Fox/Jett  for their fictional band, including this titular cover of a Bruce Springsteen song which the Boss originally wrote for Jett.  It hasn’t aged all that well but it still has a little hop to it – and check the guitar solo! Think that is Fox playing? (apparently he was a decent guitarist in his day).   I may have to actually check out this movie now (not for the music though – to see Joan Jett act apposite Marty McFly).  As for the thrift store record – the store owner refused to sell it to us for reasons that seemed to imply the only way we could pry it from his fingers was with a bucket of cash.  Nevermind that you can pick up a copy on amazon for 7 bucks.

The Barbusters – Light of Day