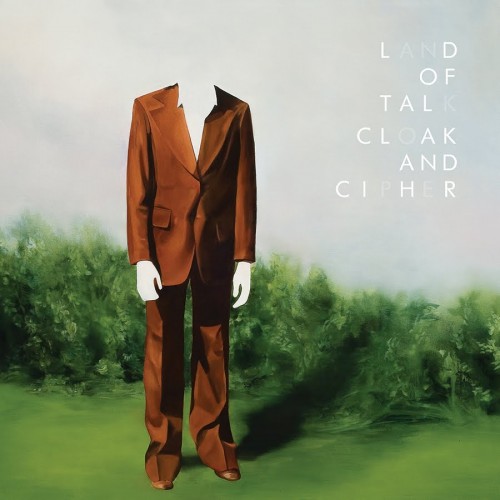 Losing one’s voice is never a pleasant experience; it often causes the afflicted to contemplate the myriad of ways in which they rely on speech to interact with the world. When you’re a singer, the problem becomes all the more dire: your whole livelihood depends on the health of a fragile organ that often undergoes brutal stress in the rigors of touring. Unlike we coddled civilians who can take a day off from work, ingest the doctor-recommended fluids and rest up before we jump back into our lives, the touring singer knows that their money for gas and food directly relates to their ability to drag themselves onstage night after night. The ‘biz doesn’t have sick leave, this has always been the way, and singers know that the show is expected to go on, regardless of their health.

However, there’s no upper lip stiff enough to sing through hemorrhaging vocal cord polyps, so when Land of Talk’s guitarist and songwriter Liz Powell was diagnosed with the condition in the winter of 2008 she retreated to her home in Montreal to live in monastic solitude and silence until her instrument was fully healed, passing the time by writing much of what would become Cloak and Cipher.

Land of Talk have always been masters of semisweet melancholy, and one might expect, given the conditions these songs were created in, that Cloak and Cipher would the darkest and sparest Land of Talk album yet, and assumption that proves about as far off as could be. This new record experiments more readily with lush strings and orchestral horns, featuring contributions from members of The Arcade Fire, Besnard Lakes and Thee Silver Mt. Zion Auto-body and Tire Center or whatever the fuck it is they call themselves these days. Songs like “Goaltime Exposure” and “Color me Badd” gain an extra dose of drama courtesy of sweeping string runs and triumphant French Horns, albeit in a restrained, tasteful manner.

Indeed “restrained” seems to be an accurate descriptor of Cloak and Cipher, the kind of mature, professional restraint that’s surprising for what’s technically a sophomore album. Neat, subdued drum machine textures on songs like “Hamburg, Noon” create the framework for more dynamic contrast, getting good use out of the soft-loud verse-chorus trick.

But if you like your Land of Talk like I like my Land of Talk then you’ve got little use for nagging concepts like “restraint” and “subtlety” and I’m supremely happy to report that the trio still knows how to kick ass. Powell’s heavenly voice still runs the gamut from a breathy croon to a warrior’s howl and she remains one of the most engaging guitar players in this territory. “Swift Coin” is a major sigh of relief for the band’s rock fans, with the rhythm section of Joe Yarmush and Andrew Barr delivering a monster base for Powell’s buzz-saw guitar attack (there’s even a face-melting solo!). Other standouts include the menacing “The Hate I Won’t Commit” and the delicately lovely “Quarry Hymns”.

While Cloak and Cipher lacks some of the arresting immediacy that made Some are Lakes and the Fun and Laughter EP it’s a thoroughly enjoyable record that shows the band moving in a more ornate direction.