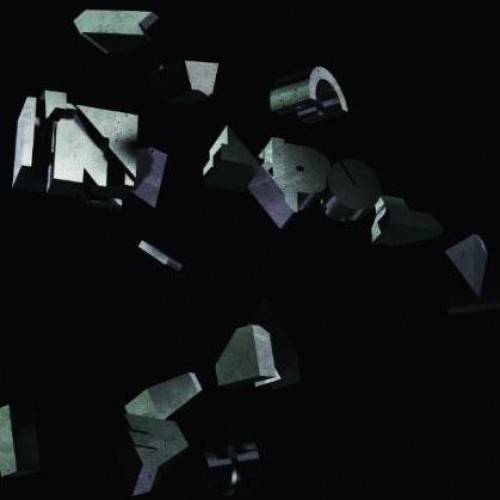 It can be difficult to gain a balanced perspective on an album after reading a single summary of the music. Bias can tilt a review, as can personal taste, history and just about everything else that is unique to the person writing it. So in an effort to offer an expanded perspective in such a medium, here are four reactions, four impressions, Four Takes on Interpol by Interpol.

For a lot of people, the music is a secondary concern when it comes to Interpol.  There’s good reason for that.  As a collection of dudes in a New York City rock band, they are really, really amusing.  I can attest to this.  I saw them not long after their debut “Turn On The Bright Lights” came out.  While I really enjoyed a good portion of that album, a friend and I both came away from that show laughing at how funny their Interpol-ness was.  Just four dudes in suits and slick hair, flaunting their rainy-Manhattan-in-autumn life forces for big crowds around the world.  Plus a keyboard player whose amp appeared to be turned off.  That’s basically all I remember about the show.  Which is too bad.  They made two very solid albums, their debut and the follow-up, “Antics.”  After an unsuccessful attempt at making an enjoyable record the third time around, they’re back.  And they still only have one vibe.  But darn it if they don’t wear it quite well.  And this time, they really have put forth some effort into switching up the formula.  There’s minimalism, songs based off simple piano lines.  It happens to result in the exact same emotional energy as everything else they’ve done, but it’s nice that they’re trying to make something more than just the same simple rock song they’ve been doing for years.  Nothing seems to rise to the level of their best songs, but it’s well worth a listen.

Interpol have stuck with what they do well for quite some time, on this self-titled album they tend to branch out a little more than in years past but it’s nothing revelatory. The band still sounds for the most part like they did when they burst onto the scene with “Turn On The Bright Lights.” Whether that’s a good or a bad thing is up for debate.

Songs like “Success” show these guys have a grasp of their instruments and know how to throw down a driving beat, but it seems like the band is a little too lackadaisical at times. Some of the songs leave the impression that the band is almost focused on something else. Like having a conversation where the other person keeps glancing over your shoulder. It’s hard to pinpoint exactly why “Interpol” gives off this vibe. It could be the slow, steady reliable rhythms or the constant tone front man Paul Banks assumes.

“Interpol” isn’t a bad album, but it’s nothing revolutionary either. You get what you expect: a solid album from a very solid band that has been doing this for over 10 years. Just don’t expect to be blown away.

We can always be honest: Our Love To Admire kind of let us down a lot, didn’t it? For a band who put out the critically acclaimed and unexpected Turn On The Bright Lights and Antics, Interpol as a band sounded like they were running fresh out of ideas.  So what thoughts should run through your head when popping in the sonically, no-frills self-titled release? Sonically, this has been a tight band, the low ends of guitars and synths running almost gutter-like on “Memory Serves”, drums running sporadically light then crashing in on such songs as “Summer Well”, but for the most part you can’t really say Interpol has been a band trying hard to reclaim its old successes.  More or less, this self-titled fourth effort from the band plays more or less like The Cure-lite, it’s sounds are appeasing to the ear, the low end sounds appealing more at emotion than energy, and the lyrics serve more on the Bowie side of things, which can be heard expressively throughout the album. Look no further than “Always Malaise (The Man I Am)” where the synths and pianos creep in more like harpsichords.  If anything, Interpol plays more like the uncle who got grown up on you at foolish decisions, where you quizzically asked “What happened? You used to be cool.  You changed.”  Consider this more or less an uncle’s reply of “Hey, I’m still cool!”

Interpol are back, both literally and figuratively. At least that is what you want to think. The group has returned with their fourth album, which is self titled, and have gone back to the sound that helped propel them to the upper echelon of indie rock early in the last decade. Their last album, the lackluster Our Love to Admire, was panned by pretty much everyone and by all accounts was a failure. The unfortunate thing is that the return to the sharp, dark, Joy Division sound that peppered their first two albums (the really strong Turn on the Bright Lights & Antics) feels like too little, too late. The songs lumber along and sound like a tired, re-hashed version of the band that was really gripping and exciting a few years back. From the sluggish opening notes of “Success” to the over indulgent “The Undoing” that closes the record, Interpol feels like an old band that got back together to re live the glory days.  The band prove clearly that simply using the same songwriting template that brought success before isn’t a surefire way to bring back past success.