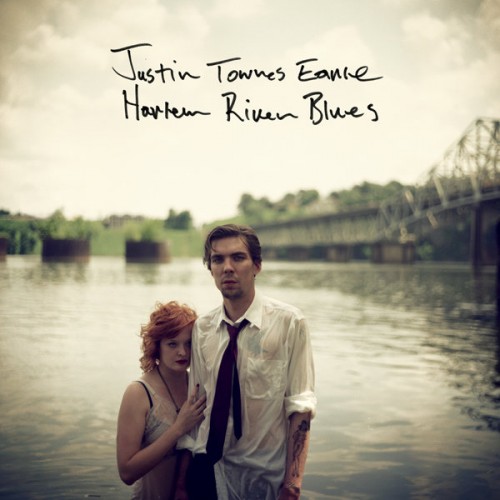 It can be difficult to gain a balanced perspective on an album after reading a single summary of the music. Bias can tilt a review, as can personal taste, history and just about everything else that is unique to the person writing it. So in an effort to offer an expanded perspective in such a medium, here are four reactions, four impressions, Four Takes on Harlem River Blues by theJustin Townes Earl.

Justin Townes Earle plays it straight on his third album in as many years, Harlem River Blues, crafting classic country and gospel tunes that sound as if they’ve been playing on the radio forever.  The lyrics weave a simple yet fully fleshed-out narrative of a country boy struggling to make it in the big city, feeling displaced and all alone.  The narrative enlists many well worn country & western tropes, from the railroad ballad, “Working for the MTA,” to the my-baby done-left-me of “Learning to Cry,” to the rambling-traveler of “Wanderin’,” and the looking-for-a good-Christian-woman of “Christchurch Woman,” and somehow manages to inject new life into them.  There’s nothing flashy or showy or here, just a collection of solidly-crafted, traditional songs, telling an age-old story in a brand-new way.  After this album there shouldn’t be any question about whether or not the boy inherited all of his daddy’s songwriting genes.

When I was approached by Reviler.org to write my take on Justin Townes Earle’s Harlem River Blues, I was like “Who’s that guy? Sure!” After listening to the album, however, I am going to have to label myself as not his biggest fan, based on this album. NO offense to you Justin Townes Earle. Totally go for it with the Americana Honky Tonk, you could be the next Elvis or Johnny Cash or whatever. Like if you are reading this and you are a fan of either Elvis or Johnny Cash, you should probably go out and buy this album RIGHT NOW, but for me, this album was depressing as fuck. I’m also not into Country music. At all. Except Chris Gaines. What? Anyway, right off the bat in the title track with the “something something up town, to the Harlem River to drown”.  This obviously this came from a dark time in your life, I am glad you did not actually go do that, but when I heard that line I was just like “WTF, next song, PLEASE.” The WORST was ‘Learning to Cry’. Make. It. Stop. The ONLY song on this album I liked was ‘Ain’t Waitin’”. Ain’t is not a word, I mean it IS, but not technically… anyway this song got me thinking more along the lines of “I’d like to participate in some sort of harmonica party” versus “fucking just punch me in the throat with your slide guitar I have no reason to live”. Please take a deep cleansing breath Justin Townes Earle, if you are still in a tough spot, I will literally come give you a hug right now if you just promise me you will just never make another album like this ever again holy shit.

Although he’s probably sick of hearing about it, it’s difficult not to contrast the works of Justin Townes Earle with that of his iconic father. While Steve’s music seems dogged by a near constant sorrow, his son’s seems to stem from a joyful, hopeful place. Even when dealing with topics like suicide on the album’s title track, Harlem River Blues feels almost reverential, a few songs on the record even feature a lush gospel choir. Justin’s more inclined to go for the grandiose, sweeping movement than his father, his music is equal parts Roy Orbison and Ray Charles, stringing together subtle horn and string arrangements like a seasoned composer. Bursting the genre limitations of country, this record takes stylistic cues from Tom Waits’ early singer-songwriter crooning as well as NOLA  R&B and rockabilly.  In songs like “Working for the MTA” Justin takes the role of historian, chronicling stories of working men long since passed, but Harlem River Blues often seems more personal. “Wanderin’” and “Christchurch Woman” open a window to a profound loneliness and pain, while “Move Over Mama” details the minor frustrations and dysfunctions of dating a touring musician with warmth and humor. Mr. Earle Jr. seems delight in contrasting sorrowful, moving dirges with swaggering, winking rockers like the morning-after strut of “Ain’t Waitin”. Harlem River Blues anchors its myriad of musical textures onto a strong, present upright bass and gorgeous piano and guitar work. The album’s complexity actually may be it’s downfall though, the record can sometimes sound sterile and separate, missing some of the warmth and vitality of Justin’s liver performances. The whole package, however, is thoroughly uplifting and winning, a masterful effort from a showbiz kid ready to step out of his father’s shadow.

Justin Townes Earle is an artist of many faces.  And on his fourth album Harlem River Blues, he seems determined to show all of them, and the result is oftentimes disjointed – sort of like an album of guest stars, each starring Earle playing a different character.  In the titular track he’s an organ infused Johnny Cash, crooning about life’s struggles.  “Move Over Mama” presents a sort of honkeytonk Johnny Paycheck-meets-Elvis Presley meld.  In “Wanderin’” and “Workin’ for the MTA” Earle plays a bluesy folkster in the Guthrie mold while “Christchurch Woman” he’s a Boss aping classic rocker.  So in all these styles, where exactly does Justin Townes Earle stake his flag?  It’s never really clear.  Call it mercurial, call it a strength if you will, but to me it just comes off as schizophrenic.   I enjoy Earle as the stripped down, hard-luck country singer of quite a few of these tracks, but when he strays from this mold his songs (at least to my ear) suffer.  “On More Night in Brooklyn” is the most egregious example – an utterly putrid piece of country pop that sounds like a cross between Ryan Adams at his worst and O.A.R.   If Earle could make up his mind as to what kind of country singer he wants to be I think he could achieve great things – when it comes to Harlem River Blues though it seems that he still wants to be a little bit of everything.  And at times that is just a little bit too much.