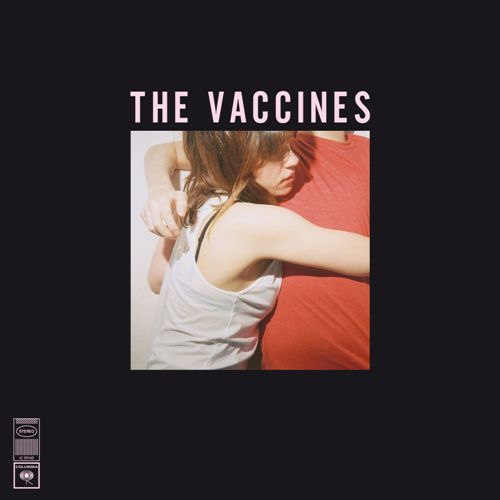 Hype can be a bitch. There’s nothing more underwhelming than heralding a band as the “next big thing” only to have the hype write a check that the music can’t cash. For better or worse, this kind of hype is inevitable and it happens ever year. The only difference with The Vaccines is that it’s been a good few years since such anticipation has been built around a UK rock band. Think of The Vaccines as this year’s NME equivalent to the Arctic Monkeys, only better. At this point it may be a little early to judge whether or not The Vaccines will suffer the fate of the hype machine, but their debut record and live clips floating around prove they are worth the attention and praise. Their debut album album, What Did You Expect From The Vaccines?, combines several Rock n Roll influences from just about ever decade from the ’50s to present to bring together a collection of danceable, catchy, and mostly straight-forward albeit well-executed pop rock songs that will bode well in the coming summer.

Fronted by Justin Young, formally the acoustic-totting dude who went under the solo moniker Jay-Jay Pistolet, the band lists their immediate influences as “50s rock n roll, ’60s garage and girl groups, ’70s punk, ’80s American hardcore, C86 and good pop music.” To simplify, The Vaccines are a sort of mish-mash of the said influences. However, immediate sonic comparisons could be made to The Smiths, Jesus and Mary Chain, The Libertines and The Ramones. Young’s baritone voice sounds a lot like a cheerier Morrissey throughout the album – though the commonality in mopey heartbreak is present on songs like “A Lack of Understanding,” “All In White,” and “Family Friend.” Most of the tracks follow a standard verse-chorus-verse traditional rock/pop formula with minimal variation – save for a few. The album kicks off with the short and soaring track, “Wreckin’ Bar (Ra Ra Ra),” before leading into “If You Wanna,” one of the band’s earliest songs. The slow-burner, and most recent single, “All In White,” is a Killers-esque number that is easily one of the album’s strongest tracks and is the best example of Young’s vocal ability. That song is followed-up by the equally blistering “Wolf Pack,” a song simply about the people you hold close.  The snappy track, “Norgaard,” an almost clear riff rip-off of The Ramones’ “Blitzekreg Bop,” is still one hellava minute-and-a-half banger. The album flows pretty seamlessly throughout and is capped off by the slow two-part, “Family Friend,” which might hint towards where the band could take their sound in the future.

There’s nothing overly complex about the music that The Vaccines make. That said, it’s refreshing hearing pop rock that, while not wholly original, is nevertheless utterly cool and confident. And that’s what is so great about an album like What Did You Expect From The Vaccines? It never attempts to be something that it’s not: It’s a fun album filled with big, sing-along choruses and even bigger hooks. It bursts with youthfulness and hones in on the kind of urgent swagger most rock and roll music is sorely lacking in the current music scene. As much as The Vaccines channel their influences from decades past, they also feel like a reincarnation of the rock revivalists of the early ’00s with bands like The Stokes, The Hives, The Vines and Arctic Monkeys. And like said bands, they are able to build upon and manipulate the best parts of early influences to bring something fresh and new to an otherwise dying breed of pop music. Will The Vaccines fade away faster than they burned into “buzz-worthy” popular consciousness? You be the judge.

Robbery suspect dead, officer wounded in Pinole shootout A botched armored car robbery turned into a bloody shootout Wednesday, as two brothers exchanged gunfire with a guard and two Pinole police officers, leaving one robber dead and a cop and two others injured.

It was not the first time brothers Pierre and Freddie Daniel were suspected of armored car robbery. Police had warrants issued for both in connection with a similar attempt in May at a bank a mile away, police sources said.

Pierre was shot to death Wednesday and his brother was wounded.

The injured cop, a resource officer in Pinole schools, was hospitalized Wednesday with a shoulder wound. The guard underwent surgery and her condition was not known.

Santa Clara County DA says evidence proves suspect murdered Los Gatos woman who disappeared in 2001 Declaring they have solved one of the South Bay’s longest- running murder mysteries, the Santa Clara County District Attorney’s Office has determined that the late architect Maurice Nasmeh was responsible for the death of Jeanine Sanchez Harms, the Los Gatos woman who disappeared in 2001.

During a morning press conference, the DA’s office released a 48- page summary report from an Illinois forensic lab that tested fibers extracted from Nasmeh’s 2000 Jeep Grand Cherokee. The lab concluded the fibers came from Harms’ Persian and latch hook rugs. in our site 2000 jeep grand cherokee

“Although Sanchez-Harms’ body has yet to be recovered, the Santa Clara County District Attorney has determined that the only logical and rational conclusion to be drawn from all the evidence is that Nasmeh murdered Ms. Sanchez-Harms,” Rosen said.

Students at Pescadero Elementary were greeted with stacks of bottled water on their first day of school Wednesday, and restaurants like Duarte’s remain closed until the county can conduct two rounds of tests for coliform bacteria — hopefully by the end of the week.

County crews, accompanied by a group of locals, worked overnight to replace the broken pump in the town well that serves downtown Pescadero.

But Monday night’s water outage, resulting from a week-old pump failure that went completely undetected, has raised questions about how carefully the county has governed the water system and inspired locals to call for a takeover of the system, which they already pay for.

“The county just isn’t paying attention,” said Catherine Peery, a member of the Pescadero Municipal Advisory Committee. “We think we can handle it more effectively, more competitively, for the people here, because we’re thinking about it. It affects our lives.” Read Julia Scott’s San Mateo County Times article at MercuryNews.com/san-mateo-county. Follow the Times on Twitter. Friend and like the Times on Facebook.

S.F. street opened after punctured gas line fixed A shelter-in-place order has been lifted for hundreds of office workers on Beale Street in downtown San Francisco, after workers repaired a Pacific Gas and Electric Co. gas line that a construction crew had punctured.

A crew working on the new Transbay Terminal hit the line at 11:50 a.m. Authorities shut down Beale Street between Mission and Howard streets – just one block from PG&E’s headquarters at 77 Beale – and ordered people in nearby office buildings to remain inside.

Couple seeks Tiburon’s first permit for backyard chickens As the popularity of backyard chickens has exploded in Marin in recent years, one town – Tiburon – has lagged behind. see here 2000 jeep grand cherokee

That could change Wednesday when town residents Stuart and Gina Peterson will seek the town’s first permit allowing chickens in a backyard.

“It might open the door for others in the community,” said Laurie Tyler, a town planning staffer. “It’s just really part of that whole movement toward more sustainable living.” Chickens have been raised in Marin throughout the county’s history, but the practice has spread to urban and suburban areas in recent years amid a push for more locally-sourced food, such as fresh eggs.

Public safety school on table in Fairfield-Suisun district A public safety academy – the first of its kind in Northern California – could come to Fairfield as early as January 2012.

The Fairfield-Suisun School Board at a meeting Thursday is set to discuss and possibly approve the new school. The special meeting is at 5 p.m. at 2490 Hilborn Road, Fairfield.

The curriculum includes training through a paramilitary process, guest speakers involved in public safety, and mentorships.