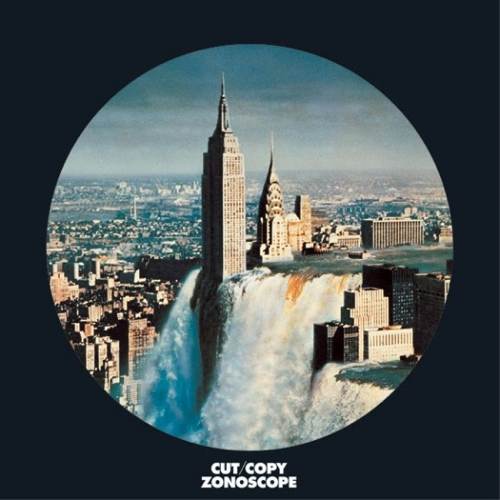 Cut Copy, like LCD Soundsystem, are a band that have found a way to make dance based pop music really well. The bands each released one of the best albums of the late 00’s (In Ghost Colours and Sound of Silver, respectively) that were daunting in the fact that they would be hard to replicate and/or top. LCD Soundsytem proved up to the test last year with This is Happening, and now Cut Copy are proving equally up to the challenge with their excellent third album Zonoscope.

Cut Copy walk a delicate line between making hands in the air dance music and more refined, even Talking Head’s esqe angular pop.   The first three songs of the album (“Need You Now,” “Take Me Over” and  “Where I’m Going”) find the band at their hybrid best, fusing dancey drums and funky bass lines with melodic vocals and strong pop songwriting.  Other tracks, like “Pharaohs and Pyramids,” “Blink and You’ll Miss the Revolution” and “Corner of the Sky,” find the band heading straight for the dance floor.  The mid album one two punch of “Strange Nostalgia for the Future” into “This is All We’ve Got”  find the band at their serene, introspective best.  The band really stretch their sound with the 15 minute album closer “Sun God,” but the song is a microcosm of their larger sound, which resolves around a mish mash of sounds and styles held together by the rock solid musicianship and songwriting.

Comparing Zonoscope to In Ghost Colours is a futile and worthless endeavor.  Like This is Happening, Zonoscope doesn’t feeling like a sea change, but it also doesn’t feel like stagnation.  The album is a confident, lucid document that I have a strong feeling is going to hold up very well over time, just like its predecessor.   One can only hope we don’t have to wait three more years for the next offering from this really great band.

Catch the band at First Avenue on Sat, April 9th.