Prussia: This House Boat Is Making Me Sea Sick 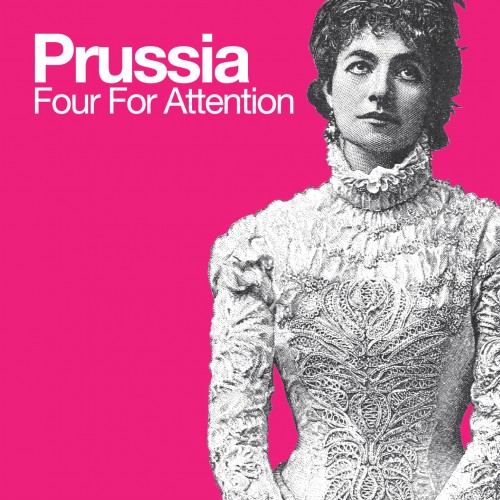 I’ve been listening to Detroit experimental/pop outfit Prussia’s new EP recently Four For Attention and I gotta say I am kind of into some of the weirder sonic textures the band creates on the new tracks.   While generally more pop oriented, Prussia also employs some outside-the-box musical techniques – the most obvious on Four being “Girl Cops”‘ slow morph from wet-mucous sucking to guitar/synth pop.  My favorite, however, is fuzzy dreampoop gem “This House Boat Is Making Me Sea Sick,” which sounds a bit like a dub beat fully saturated in a sea of reverb in which the poppy vocals float merrily along. I hope that Prussia continues to explore their more experimental sides – compared to their more pop oriented work it is far more interesting.